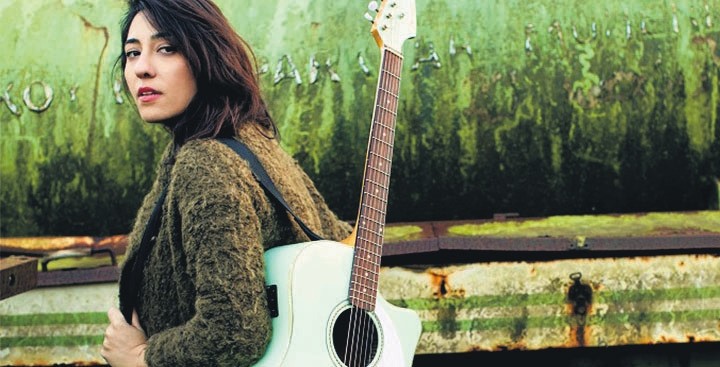 Next weekend, alternative music enthuisasts are invited to a music fest in the woods in Bursa, a western city near Istanbul. The second, Nilüfer Music Festival will bring local and international names and have a rich program

Held for the first time last year and attended by tens of thousands, Nilüfer Music Festival is now the biggest stage for top acts from Turkey and abroad to play in Bursa. This year's festival commences next Friday, Sept. 2 and will run all weekend long with nearly 30 top rock and alternative acts, including the likes of Duman, Athena and Baba Zula, who will be playing in the Balat Atatürk Forest, making this Bursa festival one of the best in the country.

If you happen to see wandering wanna-be deers, in other words people wearing deer masks, don't be dismayed as the deer is the mascot of this innovative festival whose slogan is "Change your mind and the world will change." Held from Friday, Sept. 2 to Sunday Sept. 4, there will not just be one stage but two stages set up for musical acts to perform in 45-minute intervals. There will also be a "game" area and ample food and drinks stands serving up regional cuisine prepared by local women's associations as well as vegan fare. There will also be a camp area set up for people to pitch their tents and free shuttles will be running throughout the weekend from a few critical stops in Bursa for easy access to the festival. There is no better time than now to discover this colorful city that is just a stone's throw from Istanbul as well as to check out live performances by some of the greatest musical outfits in Turkey and abroad with one of the best line-ups this summer of nearly 30 bands and musical acts to check out.

The following are some of the must-catch acts in the line-up for next weekend's festival:

The festival kicks off on Friday, Sept. 2 with İlhan Erşahin's Istanbul Sessions at 8:15 p.m. This Turkish-Swedish saxophonist who was raised in Stockholm but went on to form the Nublu label in New York and to open a series of impressive jazz venues all over the world, will be joined by skilled musicians bassist Alp Ers,nmez, drummer Turgut Alp Bekoğlu and percussionist İzzet Kızıl.Kaan TangözeAt 10 p.m., Kaan Tangöze, the dynamic frontman and songwriter for Duman, easily Turkey's best rock band this decade, will be performing music from his own solo release, which has been busting up the charts.

The popular producer and former hip hop star by the name of VeYasin now brings on the beat with psychedelic, funk and disco in his newest outfit titled "Hey! Douglas."

Saturday starts off with a 2 p.m.performance by the Turkish alternative group Palmiyeler, formed by former members of the punk band Kilink, who are joined by an impressive female drummer and perform 80's English indie-pop style tunes in Turkish.

Having been in the Turkish music scene since the 1990's, Flört's music varies from rock, pop, funk to surf music to name just a few of the genres they have tackled over five albums, with multiple hits. They take the stage at 2:45 p.m.

At 3:30 p.m., check out this vocal prodigy who is still in her teens and hails from Gaziantep and will surely become one of Turkey's most memorable vocalist for years to come. Her raspy voice and emotional renditions of classics such as "Self Control" will definitely become a fixture of your play list.

Referred to as the Turkish female version of Tom Waits, Kalben, who performs at 4:15 p.m. is loved just as much for her lyrics and guitar playing as for her characteristic voice.

This singing sensation from Israel is definitely a performance worth checking out. She takes the stage with her band at 5:45 p.m. to perform renditions of Nirvana and Radiohead covers, while adorned in Middle Eastern robes and twirling a cane.

What began in Brussels as a group of three percussionists from Columbia infusing rock and funk with Afro-Columbian rhythms is now taking the world by storm, check out La Chiva Gantiva who perform at 5:15 p.m.

This popular female vocalist performs indie rock with a Turkish twist, always a great show, check out her performance at 8:15 p.m.

This Seattle-based gypsy punk band which melds rock, metal and punk with Balkan music will certainly be one of the most upbeat performances to take the stage, which they do at 9 p.m..

A last-minute addition, Turkey's resident psychedelic band, equipped with an electro-saz will be joined by one of Turkey's most classic female vocalists for an unforgettable partnership and performance starting at 1 p.m..

Always a crowd pleaser, Duman, Turkey's most popular rock band ever that has released 10 albums of original songs, will take the stage at 10:45 p.m.Sunday, Sept. 4

One of Turkey's most popular soft-rock groups, Pinhani has racked up four albums and a significant fanbase and will set the tone for the day taking the stage at 2:45 p.m.

This unique electroswing band from Prague takes the stage at 4:15 p.m.

Celebrating 10 years of playing energetic Balkan and Turkish wedding music infused with jazz and funk and formed by a French saxophonist and expat residing in Istanbul. Taking the stage at 5 p.m., this live show is a guaranteed groovy time.

This upbeat act, which takes the stage at 5:45 p.m., has seven performers from Barcelona mixing Latin and dance music with reggae, funk and rap.

This Lebanese alternative rock band, which takes the stage at 7:15 p.m., has racked up three studio albums as well as lots of controversy for their satirical lyrics and themes.

Oscar and the Wolf

Check out this Belgian electro-pop band, which also has a Turkish expat among its ranks that is making waves in Europe and will take the stage at 9 p.m..

Although she has been in the musical scene for over a decade as the front woman for the alternative group Anima, Ceylan Ertem's solo venture, emotional style and vocal prowess is now making her a household name in Turkey and will take the stage on Sunday at 1 p.m.

This widely loved ska-punk-surf music band has set a precedent in Turkey representing the nation in the Eurovision Song Contest. Skilled and energetic musicians turned television personalities, will get you on your feet guaranteed for the headlining closing performance of the festival that will kick off at 10:45 p.m.
RELATED TOPICS