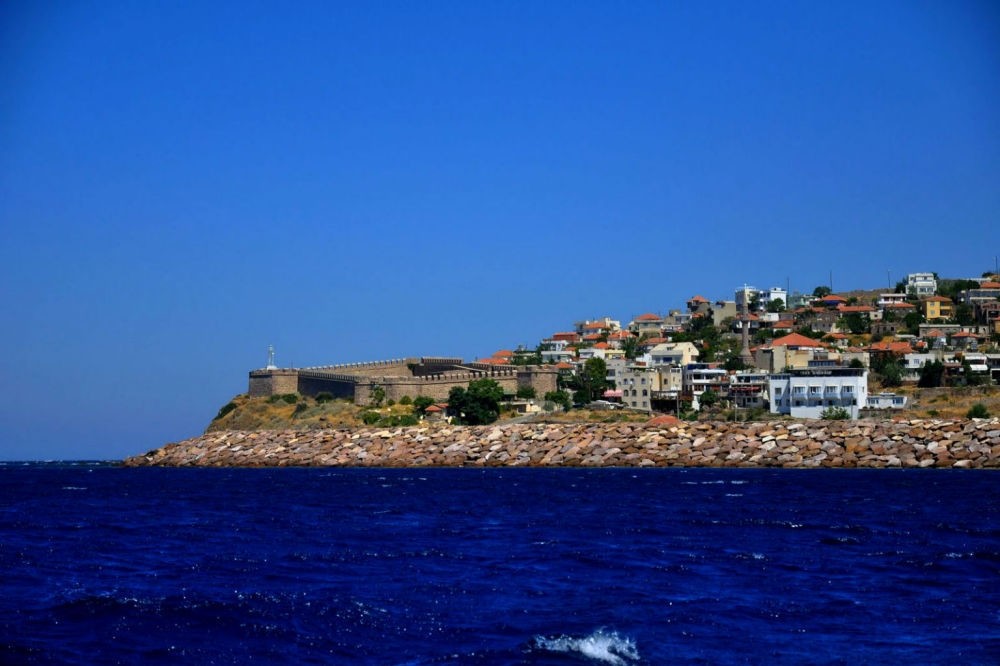 Babakale, a small fishing village in Çanakkale overlooking the Aegean Sea and the Isle of Lesvos, also just happens to be the westernmost point of the Asian continent mainland. With a rich history and captivating views, this remote yet picturesque village has it all, an impressive fortress, a famous knife-carver, a new restaurant opened by rock stars and a family-run hotel dishing up the best calamari in the country

Located at the westernmost tip of the Asian continent, the road from Ayvacık to the remote village of Babakale is half the adventure itself as you wind through stunning vistas, natural wonders and historical landmarks. The perfect road trip or overnight stay for anyone visiting the ancient city of Troy or the island of Bozcaada, or also nearby Assos; Babakale and the road leading to it also has as impressive a history as any of the aforementioned more touristy sites.

Heading into Babakale you pass Hüdâvendigâr Camii, a beautiful historical stone mosque that was built back in 1366, but also has natural hot springs literally bubbling and flowing from the surface of the ground and a village-run, in other words basic, baths where you can dip into these healing waters. From there you drive through Gülpınar and the ruins of Apollon Smintheus, an ancient temple devoted to the "Lord of Mice," a reference to the ancient God's role as a savior "God of Disease." Built circa the second century BC, the columns and ongoing excavation efforts have revealed an intriguing site that unlike the neighboring ancient city of Troy was built at that time as a holy site. 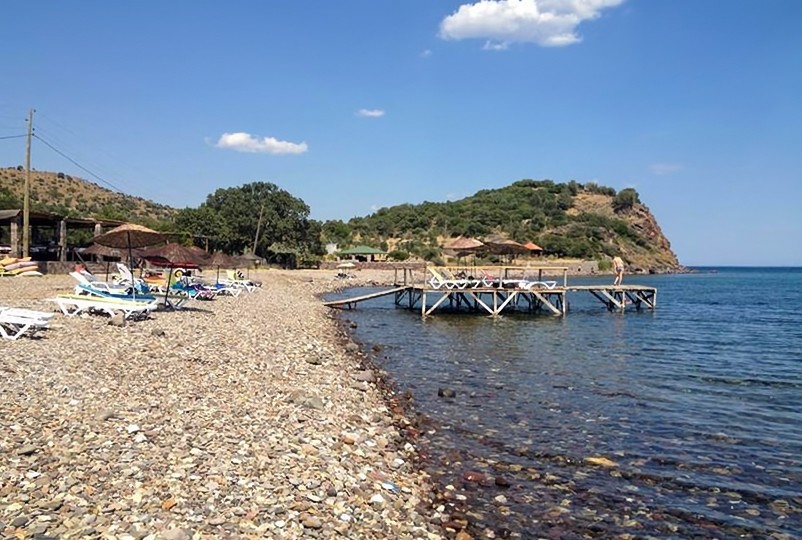 From there the road to Babakale winds in impressive curves with spectacular hilltop views of the open vista with the northern tip of the island of Lesvos visible in the distance. Along the way is Altınkum, a cove with the best beach in the area. Upon entering the village, the impressive Babakale Castle takes precedence. Dating back to 1726, this is said to be the last castle the Ottomans built. As legend goes, the castle was supposedly built by prisoners who were later freed for their services with many setting roots and living happily ever after in the area. With the many platforms, ramps and perches of this renovated fortress, one can't help but vividly imagine what life might have been like in its heyday or to daydream about giving everything away and settling into this very special spot that feels like it is the end of the world.

'It's the end of the world as we know it, and I feel fine'

It was this very same setting, hanging out among and on top of the fortress walls in fact where industrial rock vocalist Ayşe Saran penned the ballad "Babakale," having moved to the area two years ago. Now, joined by her partner and fellow heavy metal musician Özhan Deneç, they operate Barbar, "the" quintessential cool restaurant in the area. 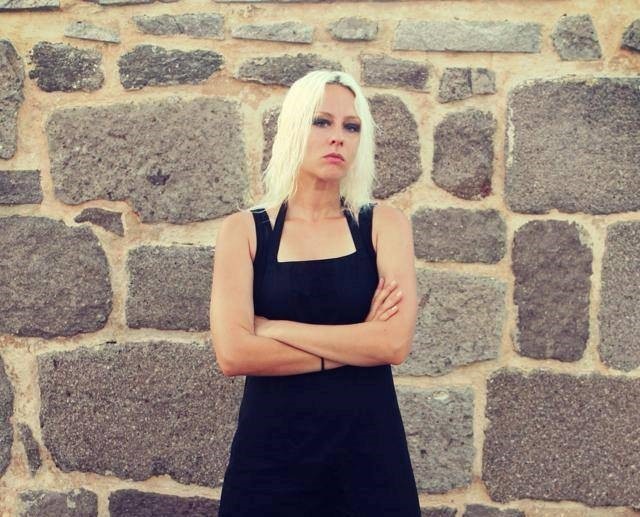 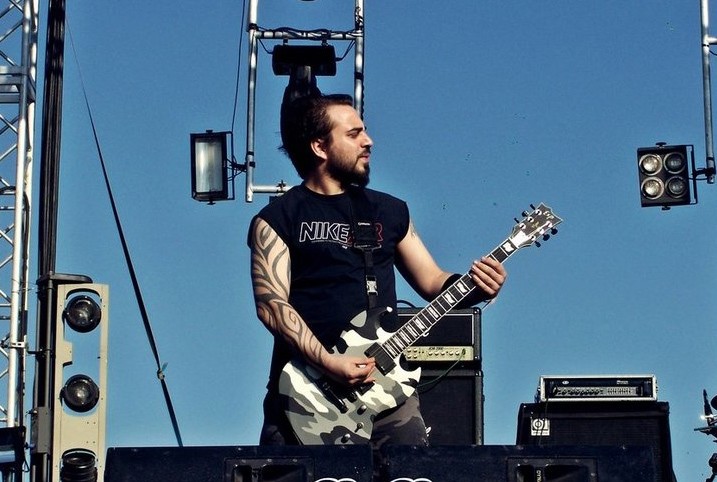 Both beautiful in their own right, the type of people that shine from the inside with that special glint in their stunning piercing colored eyes. You can tell they are passionate about everything they do and moving to Babakale from Istanbul and running their own meat restaurant and bar, just happens to be their newest chapter. 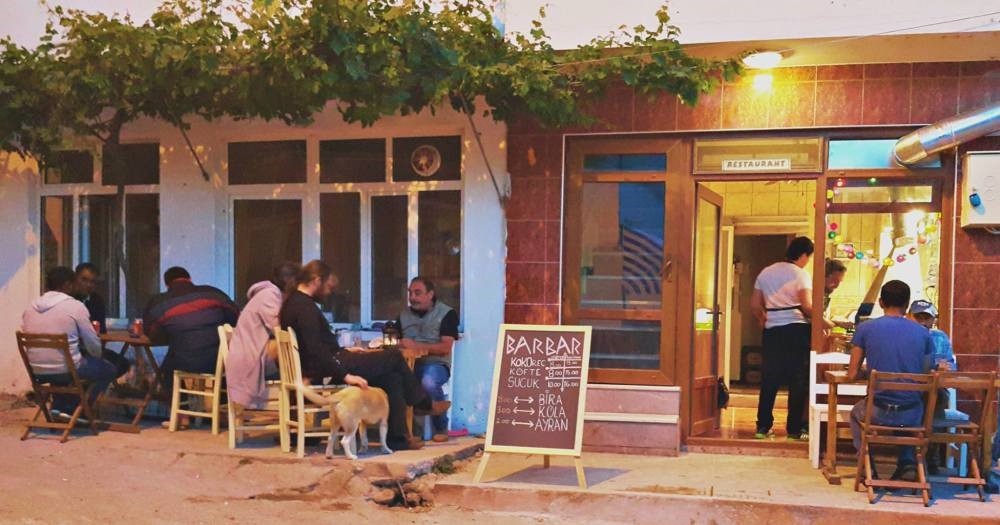 Just opened this summer, Barbar is making a name for itself as being the hands-down best meat restaurant in the area. Özhan, who also doubles as the guitarist and songwriter for the heavy metal band Murder King, is the man in the kitchen, dishing up a series of specially-designed meat dishes such as their Barbar Kebap, as well as more harder-to-find classics in summer locales, such as Kokoreç. People are now flocking out to check out their successful and quaint spot with tables on a terrace with sea views, and an enclosed rooftop as well as tables lining the street. Meanwhile, Murder King frontman is also in the kitchen this bayram helping his fellow band mate out. The atmosphere of the restaurant is unlike anything in the vicinity with delicious meat dishes served up in baskets, colorful license-plates lining the walls, comfortable wooden tables and it would seem all of your favorite songs playing in the background.

Hands down the most enjoyable restaurant to exist in the entire peninsula, Barbar also doubles as a relaxing bar, which will remain open in the winter months serving up the classic "sucuk ekmek". Definitely an unexpected dining experience in the very best sense, one can't help but become captivated by the ambience and begin dreaming of setting up home or shop in such a beautiful, inspiring yet remote location that feels like it is the end of the world, but where, as they describe themselves, you just want to stop.

Babakale is also famous for serving up the best calamari in the world, or at the very least in Turkey and the place to enjoy it is at Denizhan restaurant and hotel. A scrumptious, melt-in-your-mouth experience and all while sitting on a terrace with views directly over the Aegean and the picturesque fisherman marina, which also happens to house a sprinkling of impressive yachts. Watching the world go by from this location, with views of Cape Baba (Bababurnu), officially the westernmost point of Asia Minor, once again makes you wonder what life would be like to give up everything and move and set up life in such a stunning and remote location. While the resident rockers at Barbar hailed from Istanbul, the owners of Denizhan came from the capital of Ankara to set up roots here. Denizhan also has 13 boutique rooms and is "the' place to go if fish is your choice to dine on.

Babakale also has a famous knife-carving legacy, from a family hailing from Kazakhstan who arrived to the area in 1740 to prepare the weapons used at the citadel. 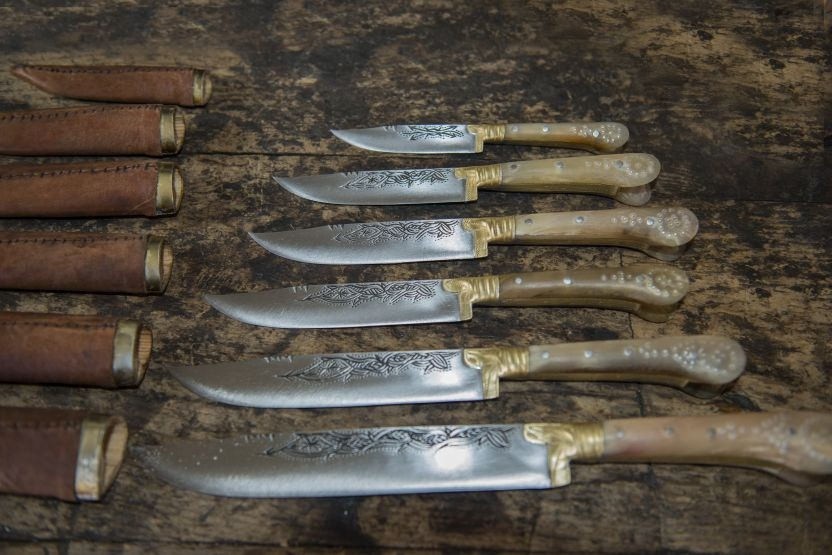 The remnant of this legacy is Babakale Bıçak, a small shop located right in the center of town, with Doğan, a master of his craft, who has learned the art from generation after generation of his ancestors. 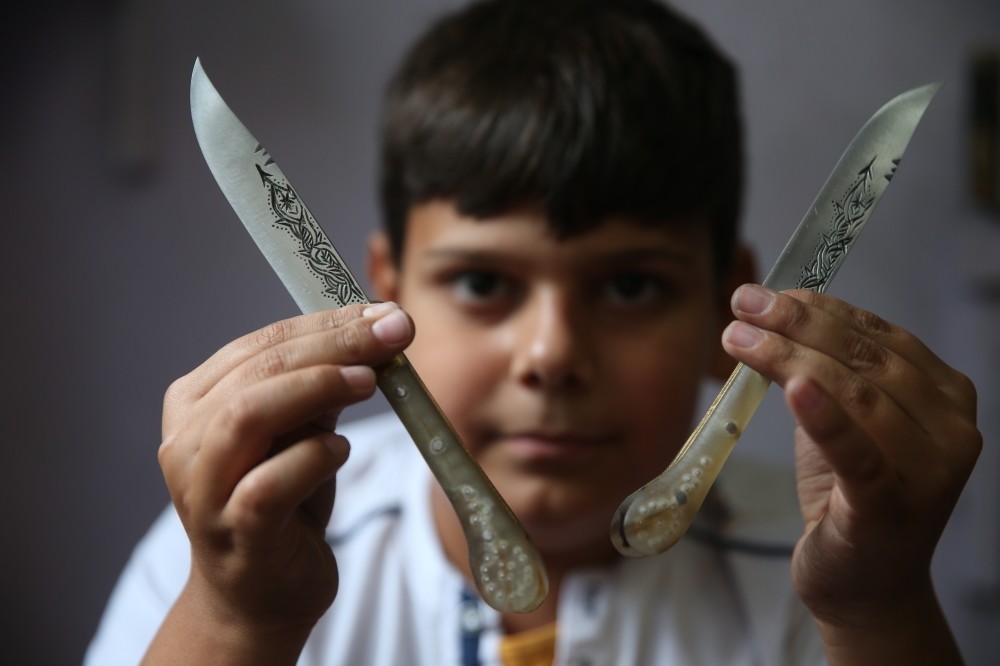 Orders come from all over the country, now through their Facebook page, and Doğan is hard at work from his shop, where you can see him in action, preparing beautiful hand-carved steel knives with animal horn handles that are replicas of traditional knives spanning back from Ottoman times for both men and women. His most popular order however is for a very special "kurban" knife, a ceremonious tool that for the ages has been used in the sacred Feast of Sacrifice ritual. Visitors to Babakale can also receive a certificate in their name to commend that they have reached the westernmost point of the Asian continent, which was also mentioned in Homer's Illiad in this apt quote on this secret paradise: "To many-fountained ida they came, the mother of wild beasts, to lekton, where first they left the sea, and they twain fared above the dry land, and the topmost forest waved beneath their feet."
Last Update: Sep 09, 2016 11:38 am
RELATED TOPICS