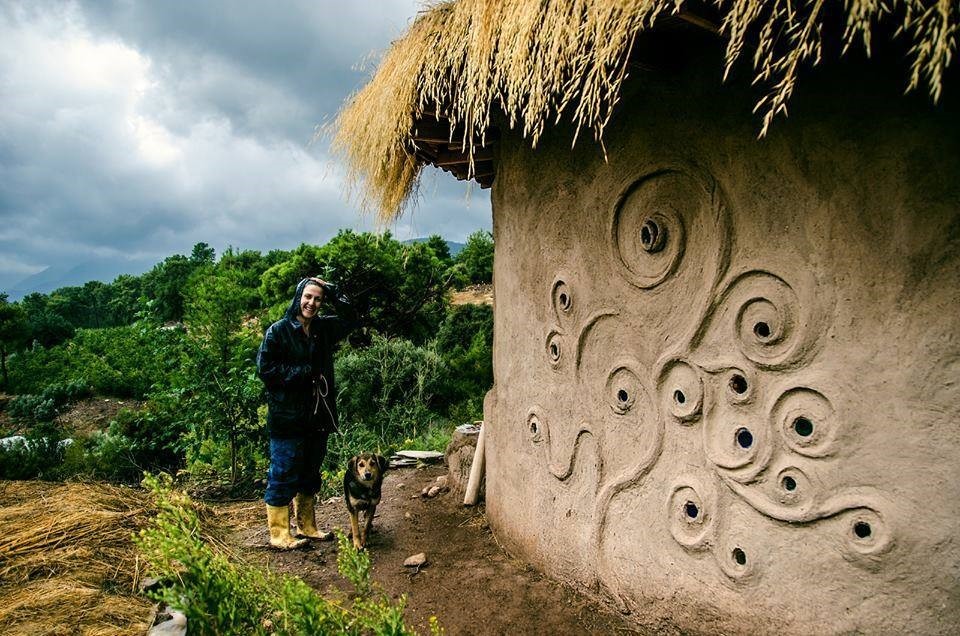 Atulya, a British expat who has been living in Turkey for 20 years now, is a leading expert on all things earthbag and mud building related and gives workshops on the ecological building style, with the next one coming up on Friday in Olympos

Atulya Kerry Bingham built her own mud house in southern Turkey, Olympos to be exact, an adventure which she recounts by saying "Five years ago I found myself out of funds, and ended up camping in a Turkish field. There was no power, no running water, and I had no building experience. Within a year I had a mud home." She details this experience in her book "Mud Ball: How I dug myself out of the daily grind" and shares her expertise in workshops, the next of which will take place this weekend in her now-native Olympos.

I had the opportunity to speak with the impressive and effervescent Atulya on her experience moving here and with mud building, which she lights up about. Born and bred in Essex, England, Atulya began traveling in her teens and first visited Turkey in 1988 when backpacking around the country. "It was then I fell in love with the place; the fusion between Mediterranean and Middle Eastern culture, and the dramatic wildness of the nature," she tells me adding. I've lived in Turkey for almost 20 years now, and it is the place of my heart." 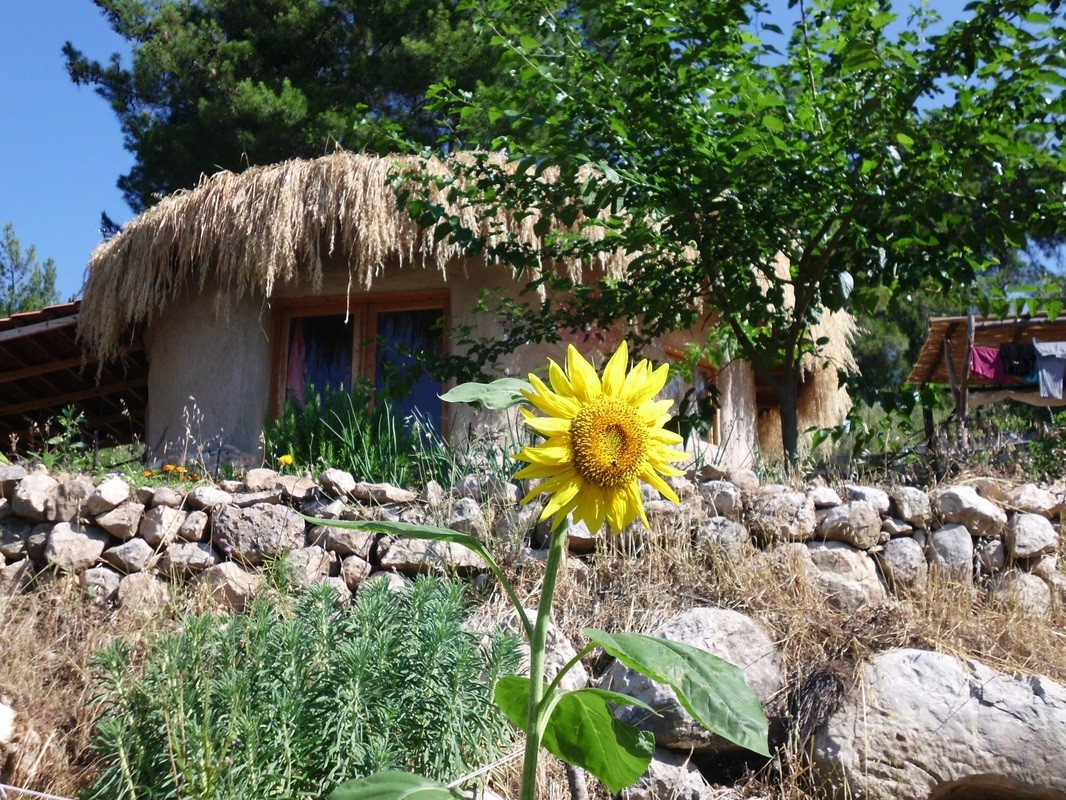 After university, Atulya became a modern languages teacher in London, but at 26 left to move to the southern coast of Turkey where she has lived and worked ever since. "It was the best decision I ever made, apart from building my mud home," she tells me.

When Atulya mentions mud building she is actually more specifically referring to the earthbag technique, a relatively new method of building using sacks of damp earth, which harden within the building. I asked Atulya how mud building adventure began, to which she said, "In 2011, after one or two bad business decisions, I ran out of funds and found myself carrying a tent to one of my last remaining possessions; a small field in the mountains of southern Turkey. My teaching career had died. I was suffering burn out. And I was alone. 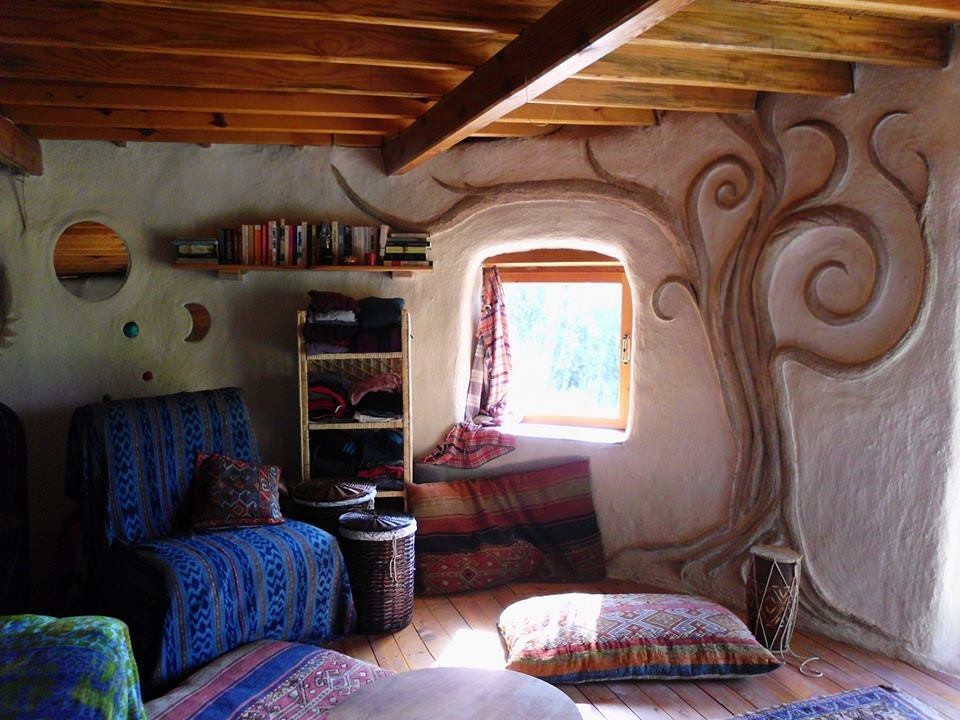 I didn't know it at the time, but that piece of land was going to transform both me and my life completely. There was no power or running water on the property, and I lived alone in a tent for eight months in total. Until that spring of 2011, I had never built a thing (not even put a shelf up). I wasn't particularly experienced in outdoor adventure either. But over the course of the summer, I began connecting with the flora and fauna, and making small structures; first a washing up rack, then a composting toilet, then a shed. I realized I loved building.

After spending the entire summer in the tent, I fancied myself as a bit of a wild woman and was adamant I'd live outside forever. I started to hate walls and normal houses. Then the first big storm of winter arrived. My tent took in water, and it dawned on me that I might just need a house. Within three days I called my gardener Celal, and told him we were going to build an earthbag home," she laughs.

I asked Atulya why she chose to build an earthbag home and she said, "Well, I'd seen some small earthbag bungalows that a friend of mine had made in Fethiye. He said it was easy and I could do it. So after the storm, I began frantically Googling how to build one. Within days we began. It was nuts now I think about it. That adventure is documented in my memoir Mud Ball. The story generally makes traditional builders' eyes widen in horror at the mistakes I made, she smilingly adds. 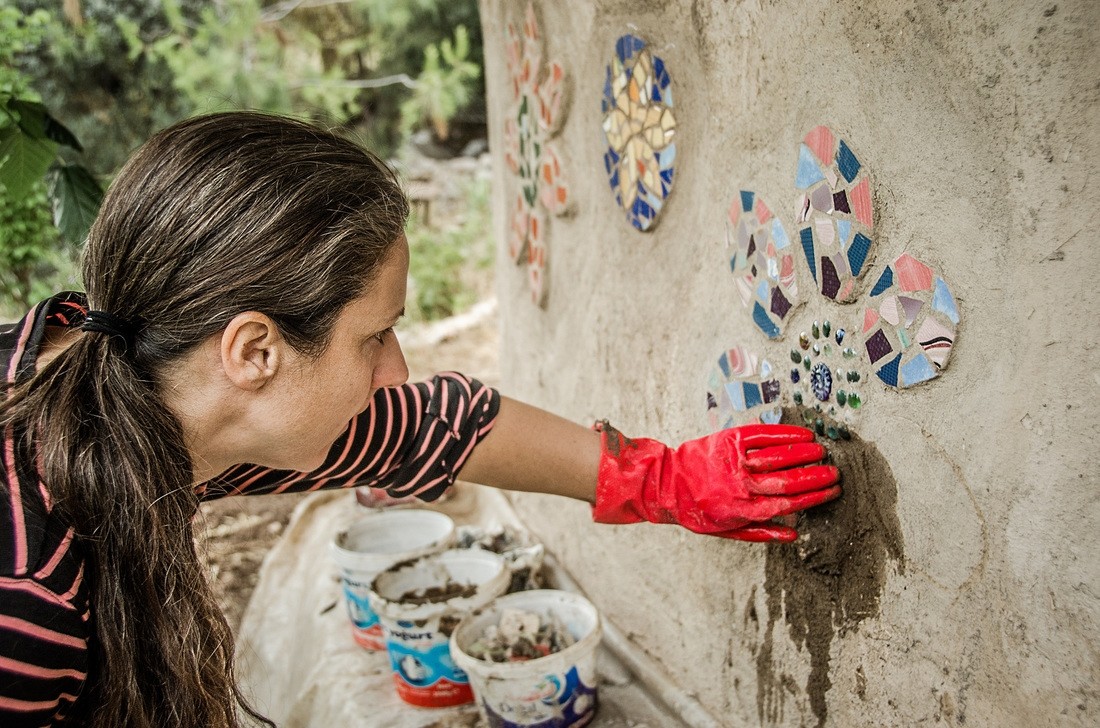 I asked Atulya if earthbag was a good style of building in Turkey to which she said, "Earthbag is perfect for Turkey. That's why I chose it. It's earthquake proof, flood proof, bullet-proof and fireproof. Earth homes are warm and dry in winter, and cool in summer. Earthbag houses were pioneered by the Iranian architect Nader Khalili and originally designed for the moon. They are almost invincible in terms of strength. They also render Portland cement unnecessary. Portland cement is one of the top three contributors to the greenhouse effect today, and Turkey has the fourth largest cement capacity in the world. So yes, we need more earthbag and earth buildings in Turkey," said Atulya.

I asked Atulya if mud building was a part of Turkish culture at all which she answered, "Definitely. In central Anatolia and the east of Turkey, homes have traditionally been made from dried kerpiç bricks," a mixture of earth, clay, sand and straw. This mixture can then be molded into bricks and dried in the sun, after which the bricks are used to construct walls. These homes are cooler and more comfortable than cement apartments which absorb the heat in summer and the damp in winter. Even on the Mediterranean where stone houses were traditionally built, kerpiç was used as a mortar and a render.

Atulya will actually be teaching a kerpiç workshop this Oct. 14 to 16 in Olympos, "We will be making batches of earth plaster and using it as mortar for a bottle wall. We'll also render an earthbag house and create earth shelves, sculptures, mosaics and learn to render stone houses. You can make almost anything out of kerpiç, it's amazing stuff."

The workshop will take place this weekend with two night's accommodation at Sheriff's Guesthouse in Olympos. The three-day plaster course will begin Friday 1 p.m. and will conclude on Sunday at 5 p.m. and includes breakfast and dinner meals.

I asked Atulya what sort of participants take part in her workshops to which she shared, "Everyone is a novice who takes part because there are so few earthbag builders and earth plasterers in western Turkey (or even the world) today. I still consider myself something of a novice to be honest. My last earthbag building workshop comprised 50% from Turkey and 50% from abroad, 50% men and 50% women. I like equality in building," she says smiling.

Atulya also has a colorful and informative website where she shares her very own earthbag building guide, tips on earthbag building as well water solutions, composting toilets, zeer pot fridges and other nature-friendly off the grid alternatives. In addition to penning a "mountain blog" all about her life in a mud roundhouse, Atulya has also published two books since 2014, the aforementioned Mud Ball a memoir and alternative adventure story, while her first book Ayşe's Trail is a literary novel based on the true story of a friend of hers, who walked the Lycian Way back in 2008. Both books are available on Amazon and to be afloat of Atulya's latest workshops and the story of how she built her own house, check out www.themudhome.com.
RELATED TOPICS