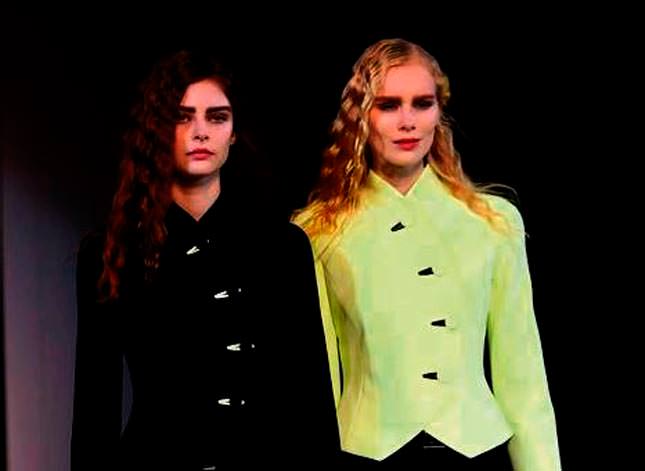 by Feb 26, 2014 12:00 am
From the frivolous to the profound, here are 10 top quotes from designers, fashionistas and industry players as Milan's fashion week wrapped up Monday.

1. "It's very futuristic. Nobody does this. It's spectacular!" - Yurata, fashion editor from InStyle magazine in Moscow, on the Fendi show after the fashion house deployed drones to film the catwalk.

2. "It's about self-satisfaction more than the exhibitionism to be popular at a party or with men." -
Gucci's Frida Giannini describing her latest collection.

3. "I've always had a fetish for shoes!" - Jane Reeve, new chief executive of Italy's National Fashion Chamber, over a risotto at the chamber's welcome brunch.

4. "My biggest inspiration came from Buddha's idea that a lotus is an embryo of the world. I'm a story teller." - Indian designer Rahul Mishra after winning the international Woolmark Prize.

5. "This is kind of our moment." - luxury handbag maker Furla's chief executive Eraldo Poletto referring to the boom in global accessories that saw his turnover grow by seven percent last year.

6. "I think everyone would be happier to produce everything in Italy, but with these oppressive taxes it's an impossible undertaking." -
Giorgio Armani speaking to the Milano Finanza daily backstage.

7. "The artisan is creative here.
He becomes a designer too." - luxury shoe maker Alberto Moretti at the unveiling of his latest collection, inspired by France's last queen, Marie Antoinette.

8. "When Madonna calls me to make a stage costume, I get working straight away, thinking about the embroidery et cetera. There are so many things to do!" - an ebullient Fausto Puglisi, rising fashion-world star, ahead of his catwalk show.

9. "Fashion today is beautiful but too expensive. Let's try and take it down a notch and go back to creating."
- Roberto Cavalli to business daily Il Sole 24 Ore.