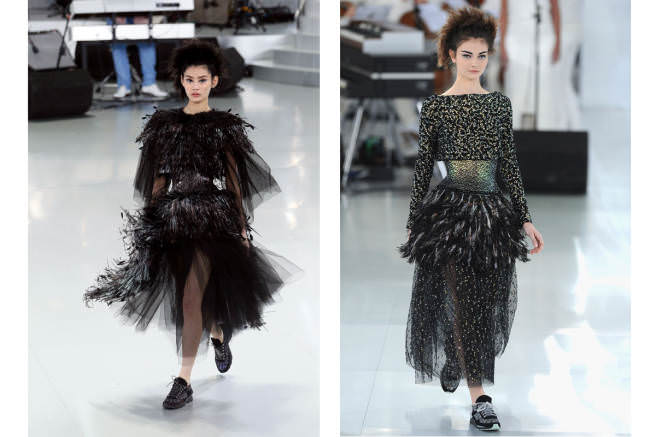 by Apr 29, 2014 12:00 am
BERLIN — The humble sneaker has made it to haute couture, with French fashion house Chanel sending its models down the catwalks wearing trainers. Diehard sneaker fans even have a name - sneakerheads - and they're quite prepared to spend a night sleeping in front of a shoe store to be the first to get their hands on a limited design. These days, new sneaker models are not simply "sold" in shops, they are "released" like a music album.

At the end of March sportswear maker Nike held an "Air Max Day" and invited 150 guests to a sneaker show in its Berlin store. Rival sportswear maker Adidas is also conscious of the sneaker's importance. "We have never sold so many sneakers as we have in the last few years. One record is broken by the next," said an Adidas spokesman. The first sneaker trainers were sold about 100 years ago by the companies Keds and Converse. Actor James Dean wore them in the 1950s and later they became a mass-market fashion item in the 1970s and 80s. In the 1990s a new generation began wearing them and became preoccupied with the question of whether it was best to own a pair with Adidas' three stripes, or a Puma logo, or Nike's swoosh. A place of pilgrimage for Sneakerheads in Berlin is the Voo Store which sells designer fashion and accessories.

The store's buyer, Herbert Hofmann, recalls how Scandinavian women began wearing sneakers with silk dresses a few years ago. "That trend really took off here in Berlin," he says. "You can now go anywhere you like wearing sneakers. You will be allowed in everywhere." Voo Store has installed another shelf of space for sneakers because demand is so high.