Putting Zen into design: Japanese lifestyle catching on in Europe 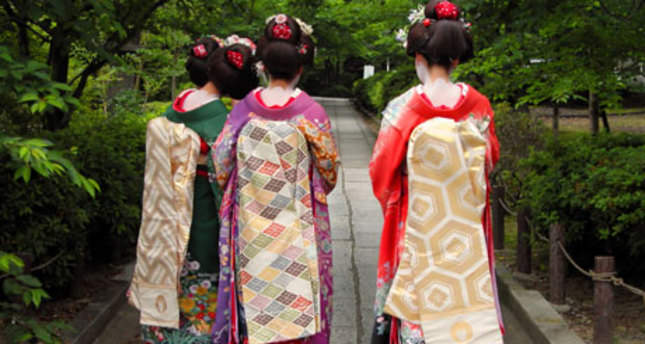 by German Press Agency - DPA
Apr 29, 2014 12:00 am
TOKYO — Japanese women wearing silk kimonos sink gracefully to their knees in a room with clay-colored bare walls and tatami mats made of rice straw on the floor.

They have gathered for a tea ceremony in a room decorated with simple but exquisite objects. For outsiders, Japanese art and culture often sparks images of these spartan and elegant aesthetics of "old Japan." The common idea of the tea ceremony, where a bonsai in an alcove and a scroll picture painted in ink provide the only room decoration, seems to contrast starkly with the glitzy, brash-colored Japanese consumer electronics exported worldwide. But the old and new have much in common, though outsiders may not see it at first glance.

Frugality and functionality are still there, even in the lifestyle of the trendiest young Japanese. They are just expressed in a different way, whether in modern architecture, the designs of furniture or fashion.

This aesthetic direction is finding new followers in the West. One prominent example is the Japanese fashion store chain, Uniqlo, which has just opened its first outlet in Berlin in Germany. Uniqlo is an acronym and stands for unique clothing. It's been a success for years in Japan and established itself in several other countries as a leading outlet for low-priced fashion. Its minimalist and functionalist design competes with European budget brands like H&M, Mango and Zara. "Because our clothing is so simple, absolutely anyone can decide how they want to wear it," says Uniqlo's design chief, Naoki Takzawa, in an interview with the Tokyo financial newspaper, Nikkei. Unnecessary adornments have been left out, leaving plain clothing. "Anything that's frugal is beautiful," says Takizawa. Whether consciously or unconsciously, Takizawa is making a link with the traditional aesthetics of his country.

The Japanese lifestyle store Muji already has several outlets in Germany. It stocks a diverse range of goods, including household items, furniture, clothing, office equipment, cosmetics and food. Once again, everything sold in Muji is minimalist in design. "Muji's design is a continuation of Japanese culture," says the company's chief executive, Tadamitsu Matsui, in an interview with the online edition of the business newspaper Toyo Keizai. Although the products are modern, their design is "very, very simple" and functional, according to Keizai, who sees parallels with Japan's history and culture. "It has something in common with Zen Buddhism and Sado [Japan's traditional tea ceremony]," he says.