Pearls of the Palace 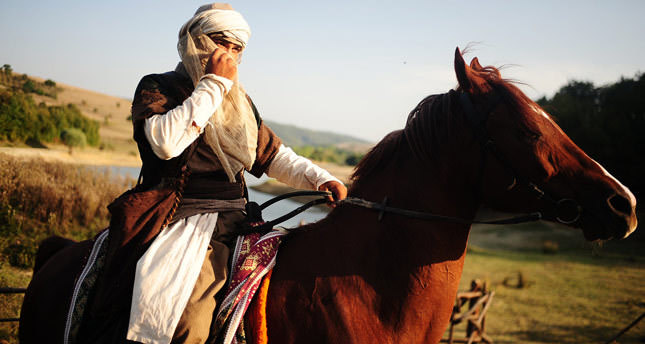 The project that took three and a half years to compile finally went on display in Samsun, centryold Ottoman fashions where featuring elegant fabric and vibrant color, went on display and showcased the culture of a great Empire

The collection entitled "Sarayın Incileri" (Pearls of the Palace) showcasing Ottoman- era attire belonging to emperors, Janissaries and the women of the "harem" (seraglio) was presented during the fashion show "Pearls of the Palace" in the northern Samsun province this weekend. Sixty teachers at the Samsun Advanced Technical School for Girls spent three and a half years completing the collection with 35 colorful and striking pieces. The fashion show took place at the Atatürk Culture Center (AKM) with an exhibition introducing elegant examples of the Turkish handicrafts.

Speaking prior to the fashion show, Samsun Governor Hüseyin Aksoy underlined that the Samsun Advanced Technical School for Girls, which is Turkey's fourth such institution, was established with the intention of preserving Ottoman style clothing for future generations. "Clothes reflect colors, beliefs and cultures of societies. In this respect, Ottoman attire does not reflect traditions alone, but are also respected across the world. Designers create new Ottoman-era inspired collections," Aksoy said. He further stated the collection will enable people to share cultural values.

Reminding the nail-free mosques built in Samsun back in the 13th century, Aksoy underlined Samsun's cultural heritage, believing this collection will attract foreign tourists. The school's manager Fatma Arslan said the institution conducted a year of research before starting preparations, meaning the collection needed nearly five years of preparation. The skilled teacher-designers examined the clothes selling at antique dealerships and in different museums. "Our collection was first presented in Samsun. We will organize other fashion shows in countries that were previously under Ottoman reign," she said. Representing traditional prints in charming colors, the collection will introduce the glory of the Ottoman Empire to the rest of the world.
Last Update: Jun 17, 2014 1:34 am
RELATED TOPICS