Kendall Jenner on the catwalk in Turkey on June 9 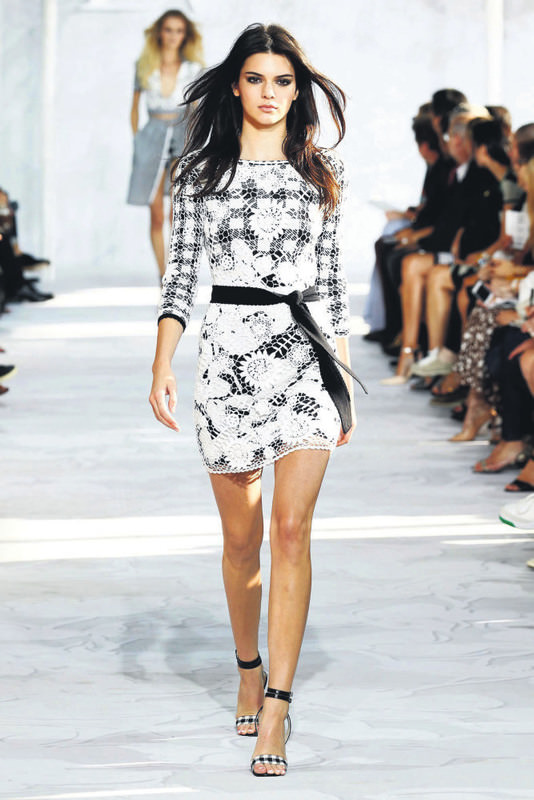 by daily sabah Apr 15, 2015 12:00 am
For many years, the Dosso Dossi Fashion Show has been bringing the world's best-known models to Turkey and putting them on the catwalk. This year, it will host Kendall Jenner, a member of the renowned Hollywood reality TV show family, the Kardashians. In the 20th Dossa Dossi Fashion Show, which will be held from June 8-14, Jenner will be on the catwalk on June 9.

As one of the youngest members of the family, Jenner quickly got ahead in modeling, drawing the attention of the press worldwide as she staged a Dolce Gabbana fashion parade. The 19-year-old is referred to as one of the new top models of the fashion world by fashion authorities, and she walked the catwalks of many prominent fashion brands including Ports 1961, Marc Jacobs, Donna Karan, Diane Von Furstenberg, Fendi, Bottega Veneta, Tommy Hilfiger and Emilio Pucci.

She will be on the catwalk as top model on June 9 wearing four different dresses by Behcetti, Moda Larissa, Icon and Fimore.
Last Update: Apr 15, 2015 11:28 pm
RELATED TOPICS