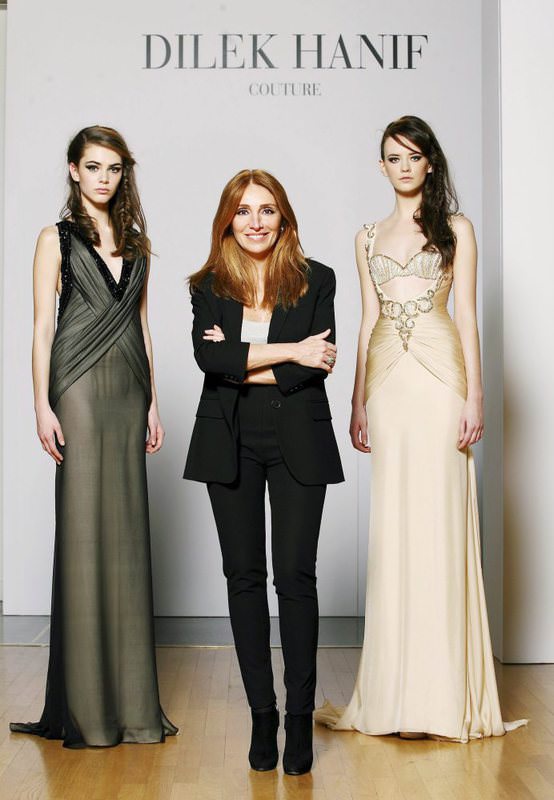 The fashion industry is predominantly led by male designers around the world. Even though this situation is not very different in Turkey, female Turkish designers have begun coming to the forefront with their creations, as was clearly seen at the Mercedes-Benz Fashion Week this year

For a long time, the fashion industry, which is generally thought of as dedicating itself to fulfilling women's wants and desires, has been dominated mostly by male designers. Despite the fact that most fashion brands generally cater to women, very few are led by them. To illustrate the point, certain female designers such as Phoebe Philo, Stella McCartney, Alessandra Facchinetti, Jenna Lyons and Clare Waight-Keller have introduced some of the most interesting, successful, inspiring creations in the fashion industry, yet when it comes to talking about prestigious fashion designers around the world, the first names that come to our minds are Christian Dior, Jimmy Choo, Alexander McQueen, Marc Jacobs, Michael Kors, Pierre Cardin and Roberto Cavalli.

Although men seem to hold the fate of the fashion industry in their hands, can it be true to say that there is a rising trajectory in the careers of female designers? When we think of Istanbul, we clearly see some favorable changes regarding this. Over the past decades, the city's fashion scene has experienced a notable change, as has it arts and design environment. With the new generation of Turkish designers, the fashion industry in Istanbul is getting more attention both from locals and international fashionistas and the number of female designers is increasing significantly.

With the debut of Istanbul Fashion Week (IFW), also known as "Mercedes Benz Fashion Week," the city's fashion scene clearly changed: The fashion industry in Istanbul is increasingly turning into a world managed by female designers. Each season, the majority of individual designers attending the IFW are female. These trend-setting women enthusiastically introduce new concepts and collections to fashion lovers. There are many boutiques selling top-line clothes and jewelry in the Galata, Nişantaşı, Cihangir, Tophane, and Bebek neighborhoods.

When Istanbul started to prove itself as a global fashion capital at the beginning of the 2000s, some female designers such as Arzu Kaprol, Zeynep Tosun, Dilek Hanif and Gamze Saraçoğlu stood out among the others with their stunning creations. These female designers are now considered as some of the most influential women in Istanbul's fashion scene.

Studying at Mimar Sinan University and the Paris American Academy, Arzu Kaprol has become a brand name reflecting the mystery of Istanbul and Ottoman culture. At first sight, her dresses feature a simple cut design, but in detail, they have a sublime female touch. She also creates sculptural texture designs with the use of lush fabrics. Kaprol has participated in many fashion weeks in Istanbul, Milan, Paris and Dusseldorf and designed dresses for celebrities like Meg Ryan, Gisele Bündchen and Sienna Miller. Currently, she continues to design attire in Istanbul. She has branches in Nişantaşı, Galata and Bağdat Avenue.

Zeynep Tosun, who worked with the famous Italian dressmaker Alberta Ferretti, is particularly known for her designs in haute couture. Founding her own brand in October 2008, she held her first fashion show at the 2010 Istanbul Fashion Week. Defining her style as eclectic, masculine and with contrasting harmonies, Tosun has a shop in Akmerkez Shopping Mall in Etiler. Lady Gaga, Nicole Sherzinger and Keri Hilson are some of the well-known celebrities who have appeared in Zeynep Tosun's designs.

Dilek Hanif, the first Turkish fashion designer admitted to the official Paris Haute Couture Week in 2004, has won many prestigious awards since 2002, including "Most Successful Fashion Designer of the Year" by Avon and "Most Successful Women of the Year" by Oriflame. Today, such celebrities as Jane Fonda, Rebecca Romjin, Katherine Heigl, Nicole Richie, Iggy Azelea, Miranda Kerr, Kelly Brook and Sophia Bush prefer to wear her exquisite collections. In 2012, Hanif opened a boutique in Teşvikiye.

Founding her own brand "Gamze Saraçoğlu Fashion Design Studio" in 2004, Gamze Saraçoğlu sells her products not just in Istanbul but also in Paris, London, and Copenhagen, as well as across the rest of Europe. Between 2007 and 2010, she created designs for many brands including Zara, Marks& Spencer, Kokooi, Nafnaf, Etam, Promod, Chevignon and Apple. Running a boutique in Teşvikye, Saraçoğlu is the board member of the Fashion Design Association and hosts her shows every season at the Istanbul Fashion Week. Mentioning all of these exquisite designers, I recommend you pay a visit to any of these boutiques, if you have time for shopping during your Istanbul trip and would like to know about the tastes of Turkish designers. Zeynep Tosun's inspiring boutique is my recommendation for those who like bohemian fashion trends.
Last Update: Jul 12, 2015 10:02 pm
RELATED TOPICS