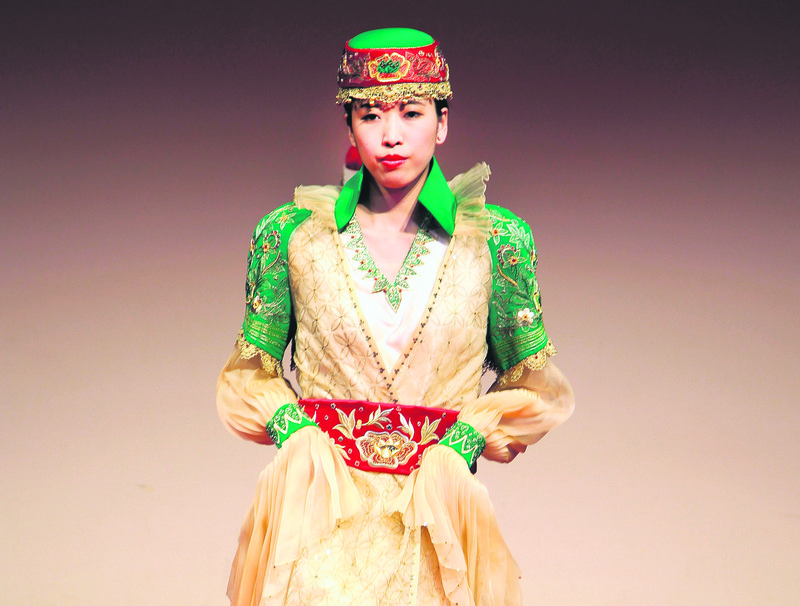 by Anadolu Agency Dec 02, 2015 12:00 am
In Tokyo this week, the fashion show "Gelenekten Geleceğe" (From Tradition to the Future) featured fine Turkish leathers and traditional clothing, including Ottoman-era attire. Japanese fashion students at Bunka Fashion College presented their own designs at the show which was organized in collaboration with the Yunus Emre Institute and Ankara's Advanced Technical School for Girls. Marking the 125th anniversary of Japanese and Turkish relations, the fashion show featured traditional clothing of both countries.

Telat Aydın, the Head of the Yunus Emre Turkish Culture Center in Tokyo, said that the institute collaborates with Turkish textile firms. "The fashion show will continue next year. Japanese students are inspired by traditional Turkish figures which is reflected in their designs," Aydın said. Golden and green colors dominated the runway. The show hosted Mitsutoshi Tanaka, the director of the movie "Ertuğrul: 1890" and author İskender Pala, as well as ministerial secretaries.
RELATED TOPICS