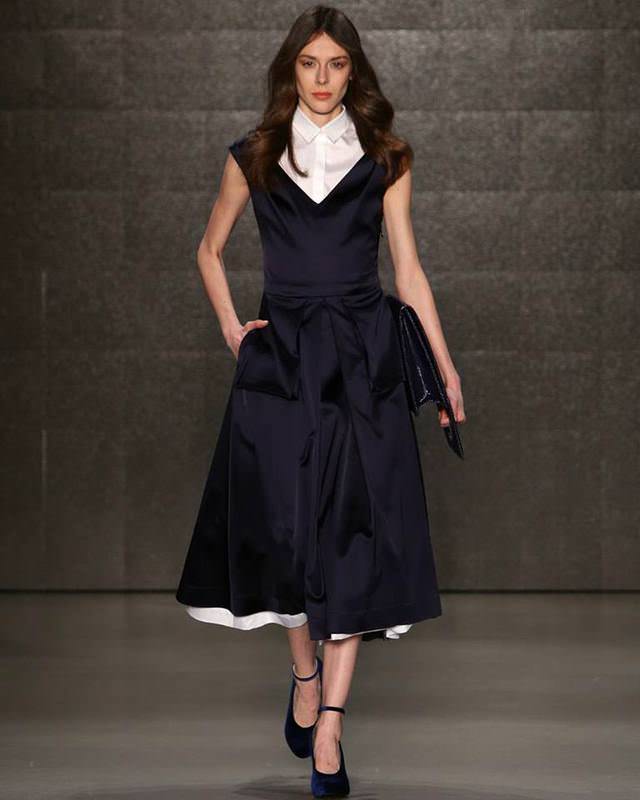 Mercedes-Benz Fashion Week Istanbul is ready to set fashionistas' pulses racing by sending fine-tailored fall/winter collections of designers down a carpeted runway at Zorlu Center, the show's new venue, in a departure from Karaköy Antrepo. In tandem with the trends at global fashion shows, the six-day event, starting today until March 19, will also house spring/summer collections with a hybrid concept. This year's models will be striding the runaway show in local and international designers' collections, including Deniz Berdan, Bora Aksu, Dice Kayek, Zeynep Tosun, Murat Türkili, Raşit Bağzıbağlı, Derya Açıkgöz and Mehtap Elaidi.

On March 15, London-based Bora Aksu, particularly known for his signature cocktail dresses, will return to the fashion show after a long while with his fall/winter collection, while internationally-renowned designer Dice Kayek will display her latest collection which will be screened in the form of a fashion film by Marie Schuller.

Deniz Berdan will be the next fashion designer having a runaway show on March 16 at Zorlu Center. Having started her career as a fashion editor and after 11 years in publishing, Berdan now runs her brand DB Berdan with her daughter Begüm Berdan. Their concept always features young, sophisticated, vintage-like, feminine and modern details. Handcraftsmanship is very important in their designs, with surreal images. DB Berdan creations are humorous, fun but also fit for a modern lifestyle. Award-winning designer Raşit Bağzıbağlı has a runaway show scheduled for the same day. He has dressed many local celebrities as well as international names, like Paris Hilton and Victoria's Secret model Doutzen Kroes. The show will feature a collection from his ready-to-wear brand RASHID which he founded in 2014.

Mercedes-Benz Fashion Week exclusively celebrates designer Mehtap Elaidi's collection "Claim Your White," her fall/winter 2016 collection that is inspired by a female figure she has created, with influences from women that have left a mark in history. Elaidi's collection brings her power into the forefront. The shirts in her collection are named after successful and pioneer women from history. She applies both feminine and masculine details with thick and colorful patterns. The sleeve details of Elaidi's shirts are evocative of women's wear in the 1930s and 1940s. Mostly in purple, blue and red, her collection uses striped fabric. Silk also adds another dimension to her pieces. Sinc launching her own brand in 2000, Elaidi has shown up at international fashion shows and her collections are sold at prestigious brands such as Gizia Gate, Brandroom and Midnight Express, and also Lebanon, Kuwait, Dubai and Saudi Arabia. Melaidi's collection will be on the catwalk stage on March 17.

Young fashion designer Derya Açıkgöz will make a debut with her collection "Mirror" on March 18. Featuring 38 pieces, the collection was designed in five busy months. "I reflect a woman inspired by myself in Mirror. This 'Mirror' woman has a very feminine soul and appears stylish every hour of the day, from an afternoon meeting to a night party," she said about her collection in a press statement. Zeynep Tosun, who worked with famous Italian dressmaker Alberta Ferretti, will also have a studio show on March 18.

Founding her haute-couture brand in 2008, she defines her style as eclectic, and masculine. Lady Gaga, Nicole Sherzinger and Keri Hilson are some of the well-known celebrities who have appeared in Zeynep Tosun's designs. The fashion week will end with Beymen collection by Murat Türkili on March 19.

For the last five seasons, Mercedes-Benz Fashion Week has featured the collections of notable Turkish fashion designers including Özlem Kaya, Zeynep Tosun, Gül Ağış and Gülçin Çengel. The event supports talented people from different fields proving that it is not just an organization where designers and brands present their collections and not limited to runway and studio shows as side-events will take place at the city's highlighted venues. The event was scheduled to take place from Oct. 12 to Oct. 17 but was cancelled due to the Ankara terror attacks that month.