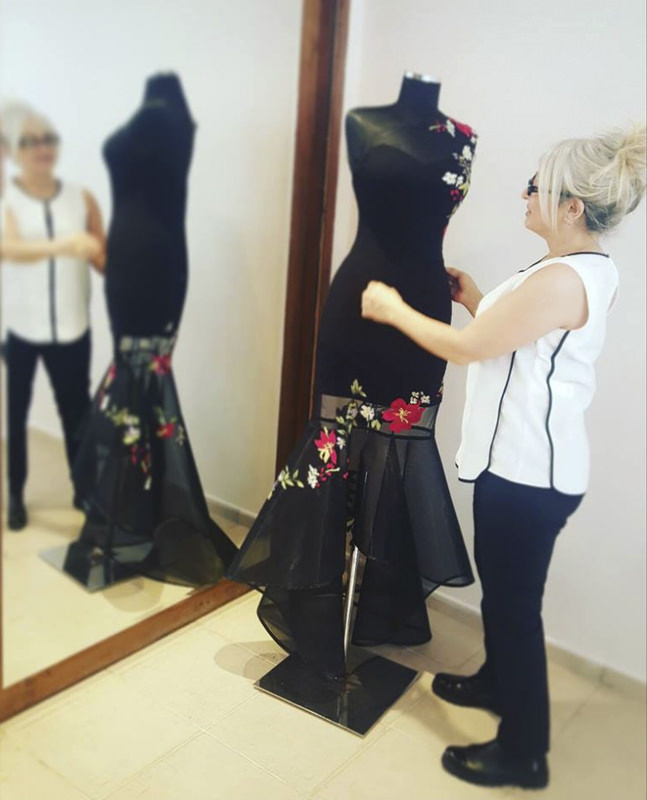 Bourke's journey began with a skirt that she sewed by hand in middle school, at the age of 13. She sewed the skirt in such a way that her teachers knew instantly that their student was destined to be one of the most talent fashion designers in the industry.

Bourke's love for sewing and fashion did not die as time wore on. While studying to become an accountant, the young woman continued to pursue her passion for fashion - day and night - becoming a successful female entrepreneur. She established a workshop in Marmaris, a common vacation spot she liked to visit, with the support of her sister, becoming one of the most popular fashion designers of Dutch and British jet-set figures who visit Marmaris.

When she visited Kuwait for pattern and fabric study, she organized a fashion show and displayed her talents as a fashion designer to women of Kuwaiti. After opening a workshop in Kuwait, she began to dress the families of ambassadors in the country.

Ayşe Bourke, who caused a stir in the fashion scenes of the Middle East countries as well as Britain and the Netherlands, has recently opened a workshop in Nişantaşı, Istanbul. She says "Everything begins with a small step; I began my journey with sewing a skirt," encouraging all women to pursue entrepreneurship.