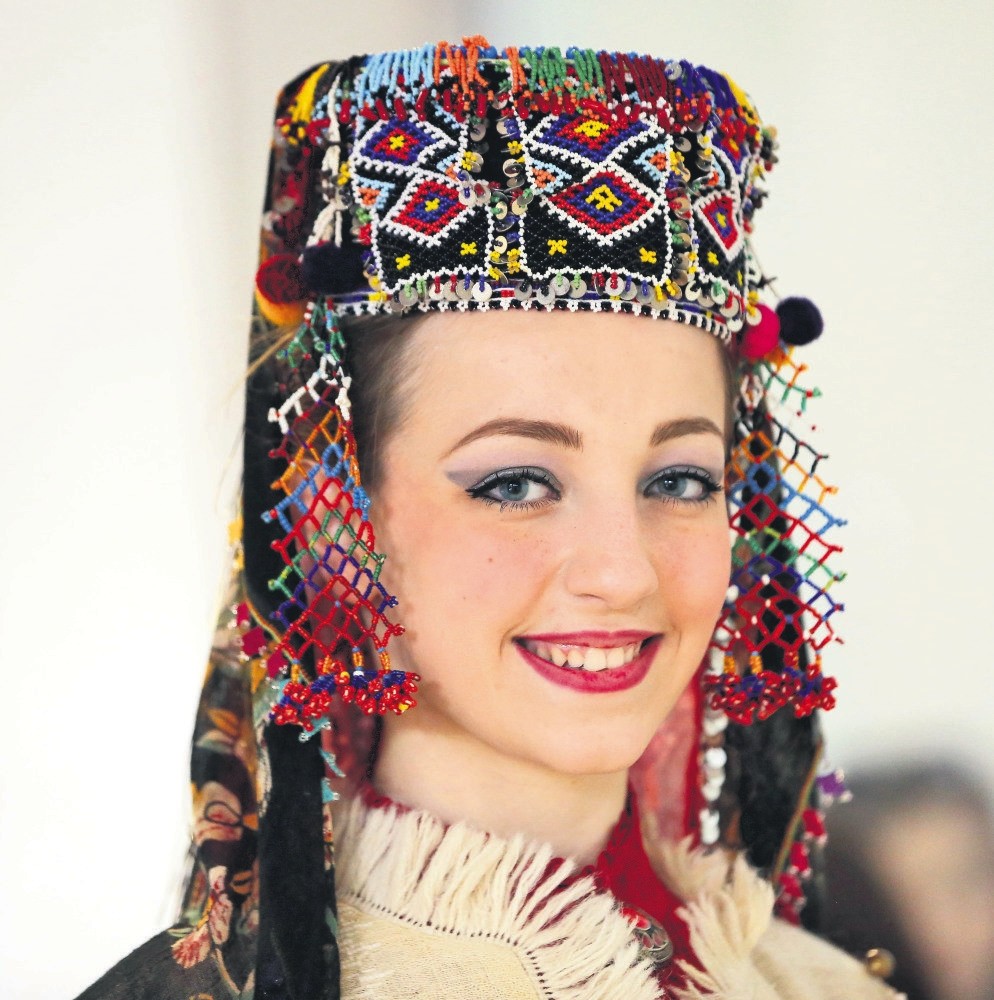 by Anadolu Agency Jun 03, 2016 12:00 am
Hatice Hanedar Yüksel, a Turkish designer based in the western city of Bursa, has debuted a special collection that revives the long-forgotten and traditional bridal headwear of Anatolian culture dating back to the 1900s.

Having worked as a weaving designer for almost 30 years, Yüksel's design is the result of seven years of hard work and dedication. "I have discovered bridal headwear from Turkey's various regions, namely, from the Aegean coast to the southeast. I have also discovered the special bridal headwear which was worn by yuruk brides. My collection is a reflection of Anatolian women," she said. Yüksel has visited many cities and conducted extensive research of archives while preparing her 30-piece collection.

"I have spoken with village women and taken photos of the old bridal headwear. Finally, I have redesigned them," she continued. Before the white bridal dress became a popular part of Turkish culture, Anatolian women wore colorful, traditional bridal dresses and headwear. Yüksel underlined, "My collection brings different stories together. From kaftans to the shalwar, or harem pants, and woven dresses, each bridal gown accompanies a myriad traditional headwear," she concluded.
Last Update: Jun 03, 2016 1:10 am
RELATED TOPICS