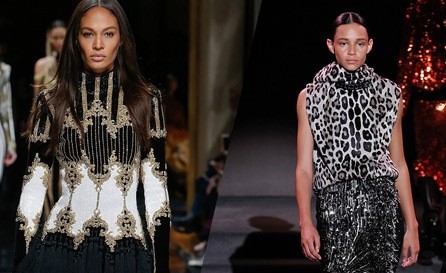 As fashion season comes to an end with the Mercedes-Benz Istanbul Fashion Week, here is a summary of the latest developments in the Turkish fashion industry as well as around the world

After a long summer season, there are many fashion events taking place around the world. During seasonal changes, fashion shows and new product launches from Turkish designers and companies are taking a huge role in terms of promoting Turkish culture and textile. Without a doubt, Demet Sabancı's company DEMSA is taking the initiative by promoting Turkey and Turkish products. This year world-renowned British fashion brand Harvey Nichols, which is under the DEMSA Group, celebrates its 10th anniversary in the Turkish market. The story of Harvey Nichols' 10 year journey from London to Istanbul inspired jean designs created by 11 famous Turkish designers combining the English fashion and style heritage with the rich culture of Orientalism. As part of Harvey Nichols' 10th anniversary celebrations, these creative jean designs were on display in Harvey Nichols' London Store under the "JeaniousTurks" name from Oct. 5-9. If you are still around London stop by the Harvey Nichols store in Knightsbridge.

Another fashion subject that grabbed my attention this week was Emre Ertürk's new eye glasses collection. As many of you know Emre did a great job with his brand ''Emre New York'' in United States. Many Hollywood celebrities have used Emre's pet bags since the 2006 Academy Awards. His success was even a case study recently during business communication classes at Parsons School of Design by Professor Michelle Alleyne in New York City. Now, Emre Ertürk has launched his eye glasses collection available both for women and men. One design in particular I like is the Tiger and Love Concept, which are made with organic materials and still look stylish. He also launched his first luxury art clothing limited edition products last week in Istanbul that definitely must be seen and bought!

In other important fashion news, Turkish designers went on stage for the Mercedes-Benz Istanbul Fashion Week during the last 5 days. Among the many Turkish fashion designers that attended IFW, Atıl Kutoğlu, Bora Aksu and Arzu Kaprol took my attention, and I thought Atıl Kutoğlu did a particularly excellent job. Although Atıl spends most of his time in Austria, he is still very well connected to the Turkish fashi

on market. I love his passion for fashion as well as his hard work in promoting Turkey and unlimited creativity. Additionally, I would like to comment on the organizational issues that are problematic with IFW. After many years of IFW, the same problems still occur, such as issues with invitations, seating plans and the RSVP system. However, despite the organizational problems, Turkish designers continue to impress fashion lovers and IFW participants. We love IFW! We love fashion!

Right before IFW, Milan Fashion Week took the stage in Italy. In particular, Gucci's 2016-17 men's fall and winter collection had a huge impact. Appointed the Creative Director of Gucci in Jan. 2015, extraordinary fashion designer Alessandro Michele launched his new collection during the MFW. Michele says he was inspired by nature while creating the collection called "Poetic Revival." It seems as though men on the street will be more colorful thanks to Gucci during the fall and winter months. Floral colors are very dominant in the collection, while Gucci's suites for men remain the same color in both pants and jackets. Apparently, pastel tones bring more of a cool image to men's suites. When it comes to men's accessories, a classic hat and beret is eye catching as well as very retro and chic.

During the Milan Fashion Week I was also impressed by the fashion performance of Giorgi Armani for its 2016-17 fall and winter men's collection. Navy and grey colors were very dominant in the new collection, which is different than Armani's well known "show off" concept, making ''elegancy'' the new approach in the collection. Classic hats inspired by American novelist William Burroughs are going to be popular this fall and winter according to Giorgi Armani. Additionally, soft leather jackets, slim fit pans and fur coats are hot pieces of the collection. At your earliest convenience, stop by Gucci and Giorgi Armani stores in Istanbul and experience these wearable masterpieces!