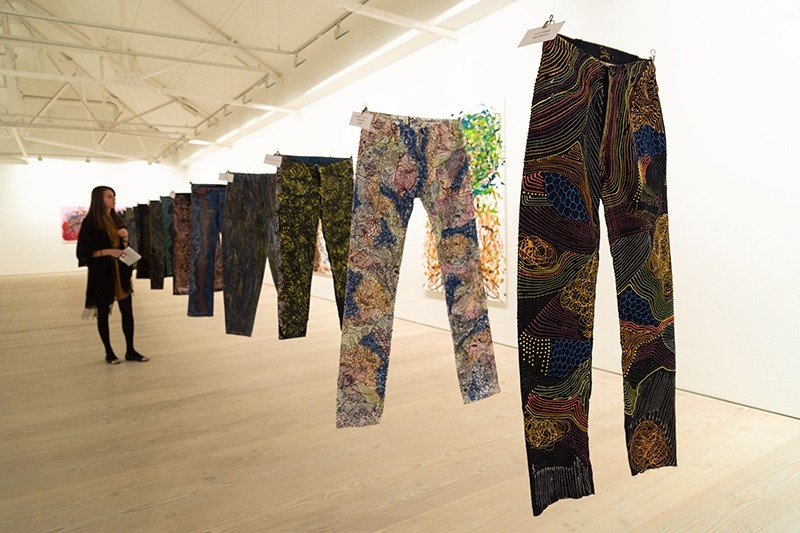 Colourful jeans hand painted by the artist Johny Dar are among 100 pairs put up for auction by celebrities including British model Kate Moss and American actress Sharon Stone in order to raise money for refugees.

Dar decided to set up the online auction to benefit refugees.

"He watched the refugee crisis unfold, very silently but very much brewing something, you know, wanting to act," Dar's spokeswoman, Kashi Money, said at the exhibition opening.

The auction began 10 months ago with "Basic Instinct" star Stone the first celebrity to donate her jeans, which have seen bids of over £5,000 ($6,100).

The auction closes on Sunday, with the money raised going to the New York based charity International Rescue Committee, which will use the funds to help refugees fleeing Africa and the Middle East.