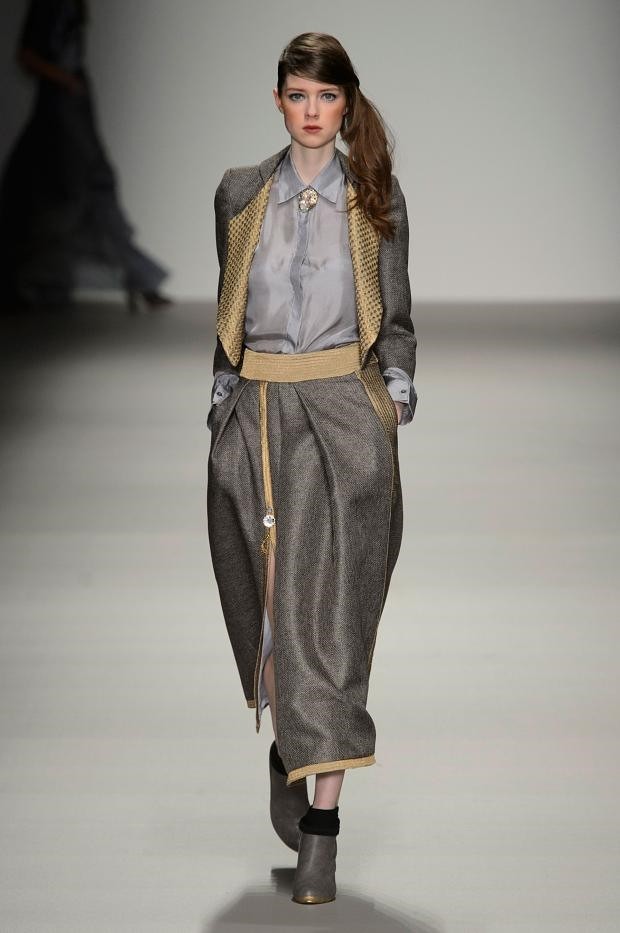 Designed by Bora Aksu
by Daily Sabah with DHA
Jan 31, 2017 12:00 am
More than 70 designers including Turkish fashion designers will be showcasing their autumn/winter 2017 collections in a series of shows at London Fashion Week.

From Feb. 17-21, London Fashion Week will return to the BFC Showspace at the Brewer Street car park in Soho. Some of the highlights from the upcoming show are Turkish fashion designer Bora Aksu's collection. The London-based designer will introduce his collection inspired from children's attire and with an emphasis on "freedom."

Always happier in the background and rarely giving interviews, Bora prefers to let his designs do the talking. Throughout his career he has developed a very distinct signature. Romantic but always with a darker twist, his demi-couture pieces are full of elegance, intrigue and seduction.For London Fashion Week, Aksu's collection uses plaid and reflects both women and children. "I have searched for a naive style for my collection. Children's clothes generally look loose and that is what I have tried to show on my collection," he said.

Another Turkish brand that will be joining London Fashion Week is Barrus, which is run by two young fashion designers - Neslişah Yılmaz and Nur Çağlayan. Based in Istanbul's Nişantaşı quarter, Barrus is greatly inspired from Anatolian heritage. For the debut collections, the designers applied traditional Turkish art "ebru" (marbling) and similar handcrafts. Barrus also appeared at the 2016 London Fashion Week. The designers continue to combine their heritage adding a modern twist in their couture, bridal and ready-to-wear collections. Their new collection for London Fashion Week is expected to enchant viewers with Anatolian-style themes.