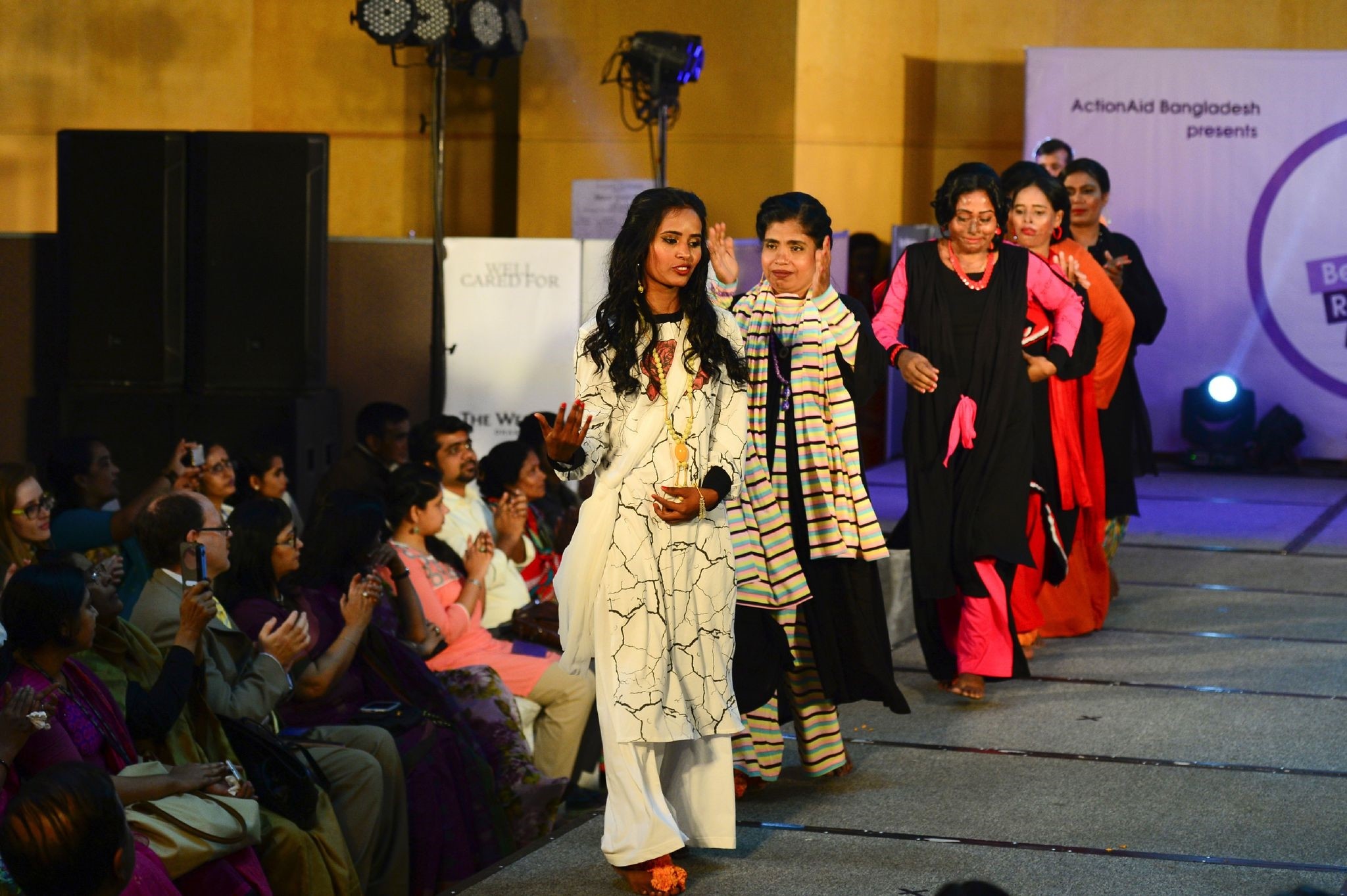 Bangladeshi acid attack survivors walk the runway during the fashion show ,Beauty Redefined, by designer Bibi Russell in Dhaka on March 7, 2017. (AFP Photo)
by Mar 07, 2017 12:00 am

Survivors of acid attacks strutted down the catwalk at a fashion show in Dhaka Tuesday in an effort to stamp out prejudice against victims of these brutal assaults.

Shonali Khatun, a 14-year-old student, who had her face reconstructed after being attacked with acid just days after her birth, led the charge down the runway wearing clothes designed by Bangladeshi supermodel-turned-designer Bibi Russell.

"I feel wonderful to be here. I feel emboldened," the seventh-grader told AFP before she led a rookie crew of 15 acid survivors on the catwalk during the show hosted by the British charity ActionAid.

Khatun was 17 days old when a man poured acid over her face while she was asleep at her home in Tala on the country's southwestern coast.

The attacker, a neighbor, had a dispute with her parents over property.

She spent nearly three years after the attack in hospital where she underwent eight operations to treat the burns on her face and arms.

Khatun said she now aspires to be a doctor despite facing daily scorn from villagers and relatives.

"I'll achieve my goal one day. This pain has taught me to be tough."

Russell, who came from a humble background before going on to become a supermodel featured in the pages of Vogue and Harper's Bazaar, said she hoped the show would bring more recognition to the acid survivors.

"This is something really close to my heart," said the designer.

"I want them to have recognition. Let them have life as a part of this world," she said.

Acid attacks have been a major menace in Bangladesh, with rural women being the main targets. Last year there were 44 reported cases, down sharply from the hundreds of attacks in the 2000s.

According to the Acid Survivors' Foundation, the number of attacks has declined over the years owing to tough laws that allow for the death sentence.

But the group said acid survivors still face social ostracisation and discrimination due to their physical deformities in the conservative country.