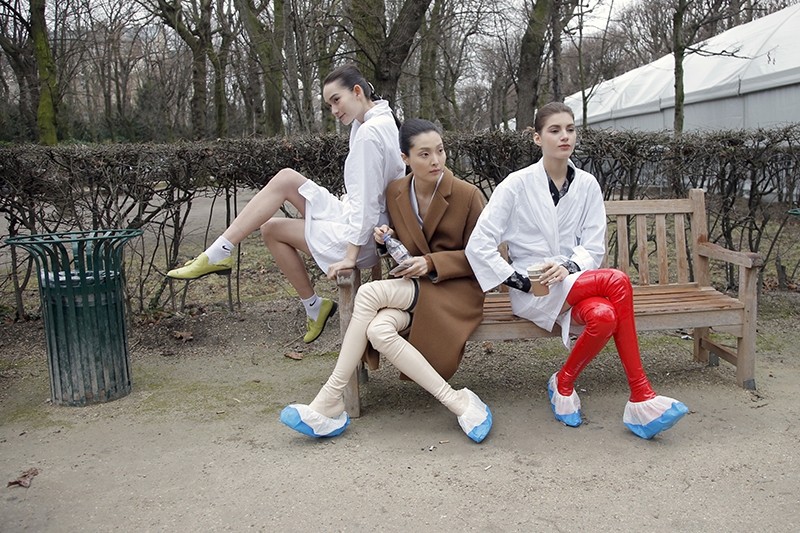 France banned ultra-thin models under a 2015 law though it only stipulated models needed a doctor's note attesting to their health based on age, weight and body shape. Proposals to include a minimum body mass index were dropped after industry pressure.

Kering and LVMH said their charter will now go further than the French legislation. All their fashion brands have committed to banning models below French size 34 for women and 44 for men. Size 32 in France corresponds to size 0 in the United States.

"We hope to inspire the entire industry to follow suit, thus making a real difference in the working conditions of fashion models industry-wide," Kering CEO Francois-Henri Pinault said in the statement.

But criticism over how models are treated has prompted several countries to bring in protective measures. Besides France, Israel banned ultra-thin models in 2013 while countries such as Italy and Spain rely on voluntary codes of conduct.

The two French companies, whose labels include Christian Dior, Givenchy, Yves Saint Laurent and Gucci, said their charter would guarantee the "the well-being of models". It also forbids the hiring of girls under 16 to pose as adult models.

The brands committed to working solely with models who can provide a doctor's certificate obtained less than six months before a shoot or fashion show attesting to their good health and to put a psychologist at their disposal during their work.

The new rules, which follow a wave of criticism of fashion companies this year, will come into effect ahead of Paris Fashion Week this month.

In March, Kering's Balenciaga fired two casting directors after they reportedly left over 150 models waiting for hours in a dark stairwell while they went for lunch.

Also in March, France's advertising watchdog asked Kering's Yves Saint Laurent to modify two ads after complaints that they were degrading to women.

One featured a reclining woman in a fur coat and fishnet tights with her legs spread wide and the other shows a model in a leotard and roller skate stilettos bending over a stool.