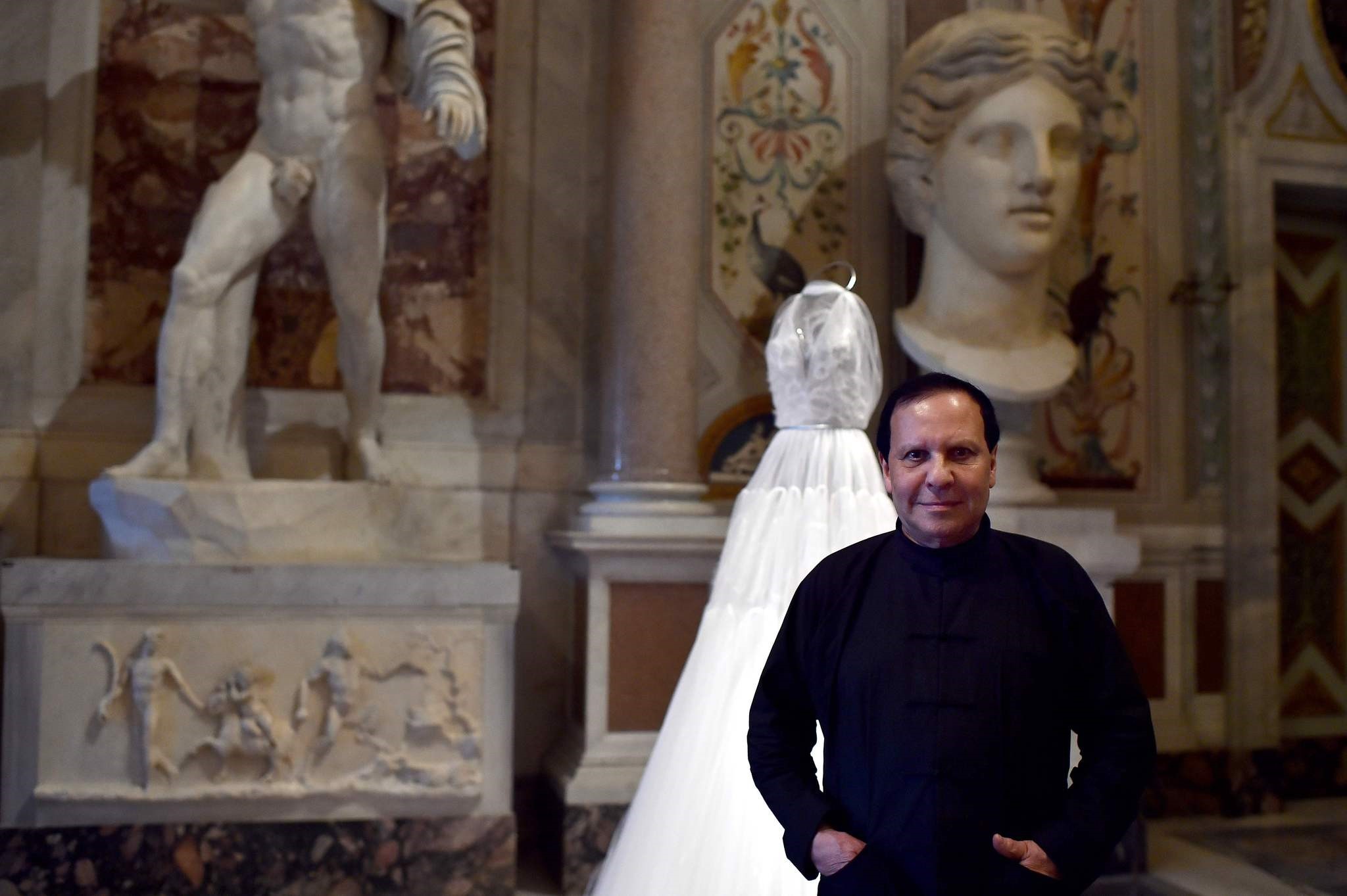 Tunisian-born, Paris-based couturier Azzedine Alaia posing during the press preview of the exhibition , Azzedine Alaia's soft sculpture, at the Galleria Borghese in Rome. (AFP Photo)
by Associated Press Nov 18, 2017 12:00 am

Tunisian-born designer Azzedine Alaia, a fashion iconoclast whose clingy styles helped define the 1980s and who dressed famous women from Hollywood to the White House, has died at age 77.

The French Haute Couture Federation announced Alaia's death Saturday without providing details. Twitter tributes to his influence on fashion poured in from around the world.

Alaia, sometimes was dubbed the "king of cling" for the sculptural, formfitting designs he first popularized during the 1980s and updated over the decades. His clients included women as diverse as former first lady Michelle Obama, Lady Gaga, Grace Jones and Greta Garbo.

Secretive and known as a fashion rebel, Alaia was based in Paris for decades but did not take part in the French capital's seasonal fashion frenzy or flashy ad campaigns. Instead, he showed privately on his own schedule.

The supermodel Naomi Campbell, who enjoyed a close relationship with Alaia for many years and affectionately called him "papa," has credited the designer with helping launch her career and taking care of her like a father when she met him in Paris at age 16.

In July, Campbell made a rare catwalk appearance for the designer's Paris couture show — his first since 2011 — and said on Instagram at the time: "It's always an honor to walk for you 1986-2017."

His house's website described him as "the little man in eternal Chinese pajamas" who "built a legend, that of a rebel designer who worked against the system and its trends."

Multiple museums have held retrospectives of Alaia's work, including the Guggenheim in New York and Paris' Palais Galliera, which put on a show in 2013 that highlighted his way of "slowing down time."

Azzedine Alaia was raised by his grandmother and earned a diploma at the Tunis Fine Arts Institute, according to his house's website. He arrived in Paris in the 1950s, where he rented a room in a countess' home in exchange for small jobs.

He learned to sew at Guy Laroche and worked briefly at Christian Dior, and started his own house in 1980. He worked with superstars as well as low-cost retailer Tati, well before H&M popularized that kind of high-low cooperation with well-known designers.

Alaia received offers to take over other fashion houses, but he routinely refused. He sought financial support in the 1990s and kept his company going. It had revenue of 60 million euros last year.

No information was immediately available on survivors or memorial arrangements.