Milan designers see fall and winter as ‘Time for Change' 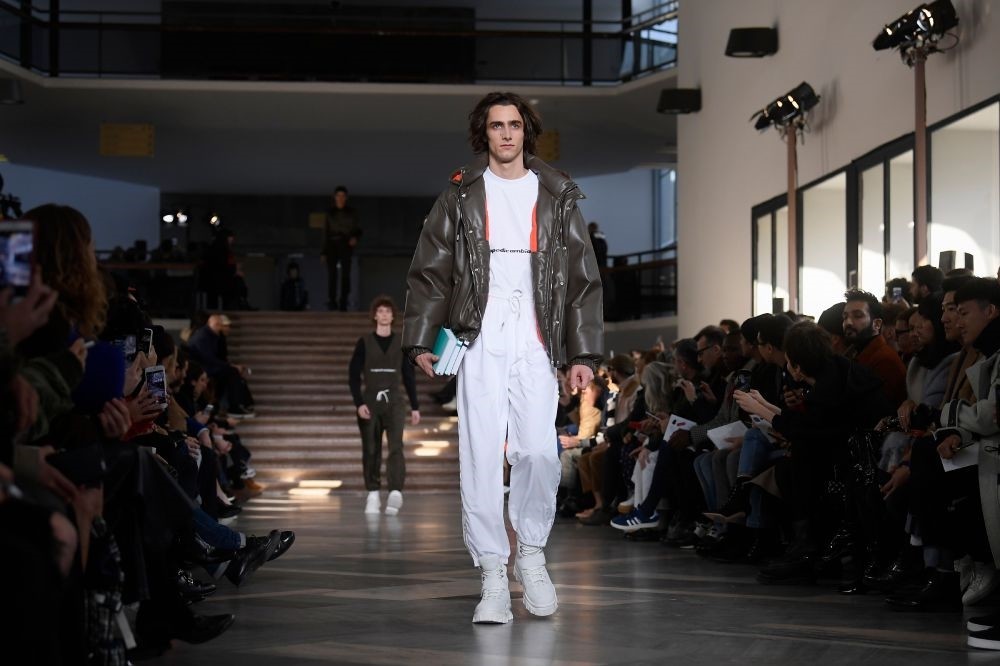 With social and political crises unsettling the globe, Milan Fashion Week was all about slogans this season. "Time For Change" has been a particularly dominant catchphrase, one the fashion world can expect to see branded across sweatshirts, waistbands and accessories next fall and winter.

The ubiquity of the expression does not necessarily denote consensus around the message it's designed to convey. For some, it means back to roots. Others intend it as a call for respect. But the overall implication seems to be a rejection of the status quo, which really isn't surprising in fashion.

The second day of Milan Fashion Week of mostly menswear previews for Fall/Winter 2018-19 opened with youthful designers focused on urban streetwear that tries to capture the zeitgeist of millennial consumers.

Here are some highlights from Sunday's shows, including Dirk Bikkembergs, MSGM and DSquared2:

Elegance has taken to the street at MSGM, the strongly streetwear label founded by Massimo Giorgetti.

Milan university students served as both models and inspiration for the collection. Taking their cue, Giorgetti found himself making an unexpected turn toward the dapper with hints of classic Milanese styling.

The silhouette veered toward the everyday, neither too slim nor oversized. Looks included snazzy suits with zip-up jackets in pink or red worn with ties, as well as plaid trousers paired with cardigans and jumpsuits. Giorgetti collaborated with Eastpak on a series of graphic printed backpacks and travel bags.

The designer emblazoned the collection with phrases of graffiti he collected from the desks, tables and restrooms of Milan's universities. They included "Tempo per cambiare," Italian for "Time for Change," along with the Italian phonetic rendering of "I love you" as "hailoveiu."

And in keeping with the down-to-earth Dutch nature, the collection was full of necessary items. A rain-resistant technical down coat was worn with tailored pants for an urban look merging sportswear with sartorial tradition.

The dark palette of navy blue, black and gray was inspired by paintings in Amsterdam's Rijksmuseum and included contrasts of deep cerulean blue, vermillion red and saffron yellow. The mixing of materials, such as in a nylon parka with a wool back panel and knit waistband, drew from a Rotterdam architectural institute. Straps on pockets echoed the ones on leather footwear.

Wood said he was drawn to the Netherlands by coincidence. The models he was selecting came from there and the music a DJ played at casting sessions was Dutch.

Model Bella Hadid bookended the runway show for DSquared2, the label of Canadian twins Dean and Dan Caten, opening as a cowgirl in plaid over denim and closing as a chic hippie in a tiered handkerchief gown worn with a big fur coat.

DSquared2 adhered to the recent Milan trend of combining the men's and women's shows, scheduling theirs during the less hectic January round focusing on menswear.

Any classic cowboy would feel at ease in the suede coat with sheepskin linings, while leather vests layered over flowing white peasant shirts for men or dresses for women gave an edge to the usual boho styling.

The accessories of the season: big Double-D belt buckles and sequin neck scarves for men, or shiny sequin cuffs for him or her.