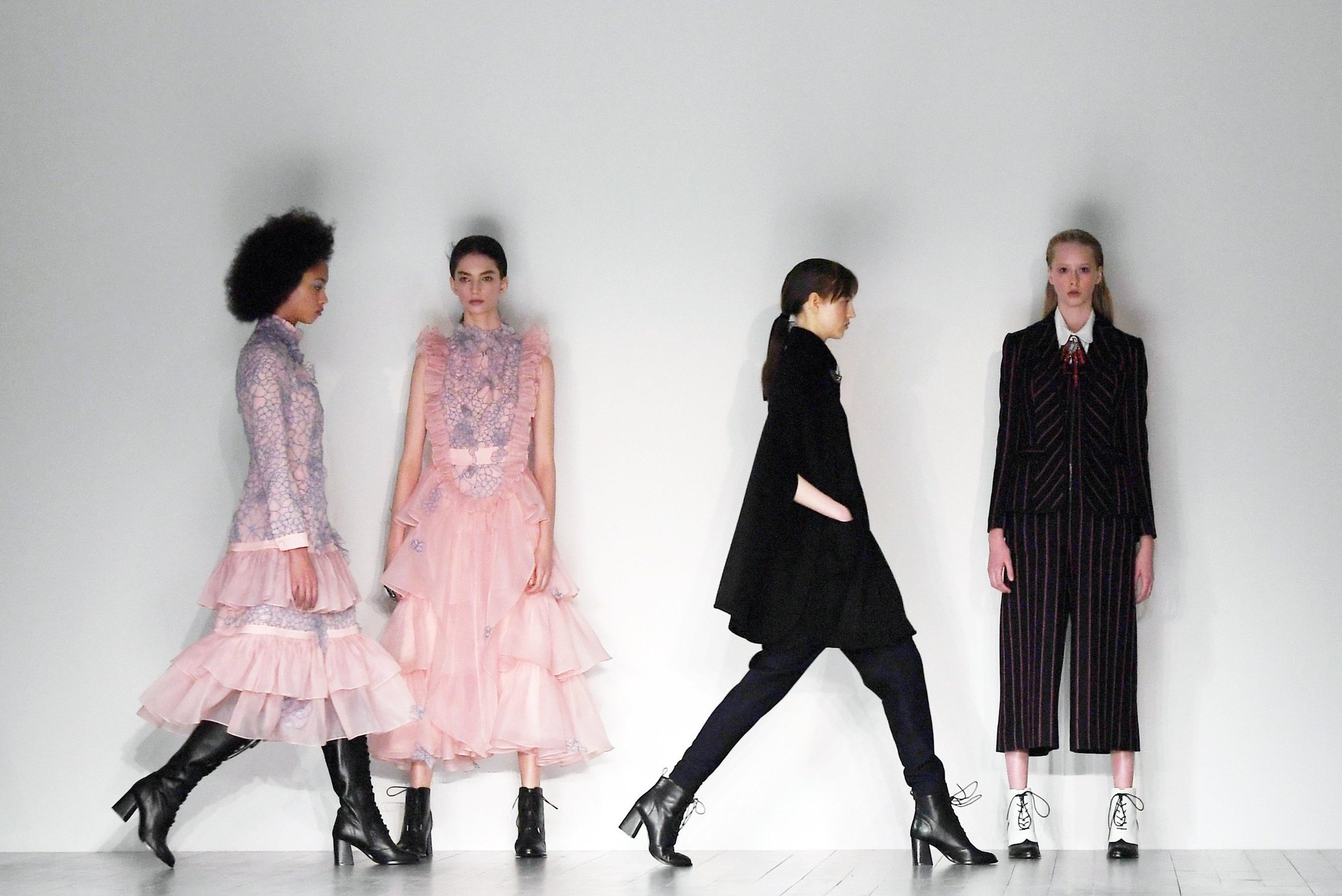 For London-based Turkish designer Bora Aksu, a longtime Fashion Week favorite, it was time to emphasize romance in his autumn/winter collection.

Asku's show featured a collection of long, frilly dresses that were elaborately constructed and included a mixture of semi-sheer panels.

Favored colors were white with black detailing and shades of dark blue, lavender and pink.

Some of the outfits offered new interpretations of the traditional British prep school look. The jackets were androgynous, the skirts or leggings long and feminine. The looks were often asymmetrical, highlighted by a long, jeweled earring dangling from one ear.

The designer said the collection Friday was inspired by the story of Irish Margaret Ann Bulkley, a young Georgian-era woman who challenged stereotypes by becoming a prominent surgeon at a time when most doctors were male.

Speaking to the press after the show, Bora Aksu could not hide his excitement. He said: "This was one of my best collections. The best pieces of all my collections were gathered for this show. I am very emotional right now."

Last year, Aksu's collection featured kutnu fabric, which is a traditional fabric originated in Gaziantep, dating back to the Ottoman era.