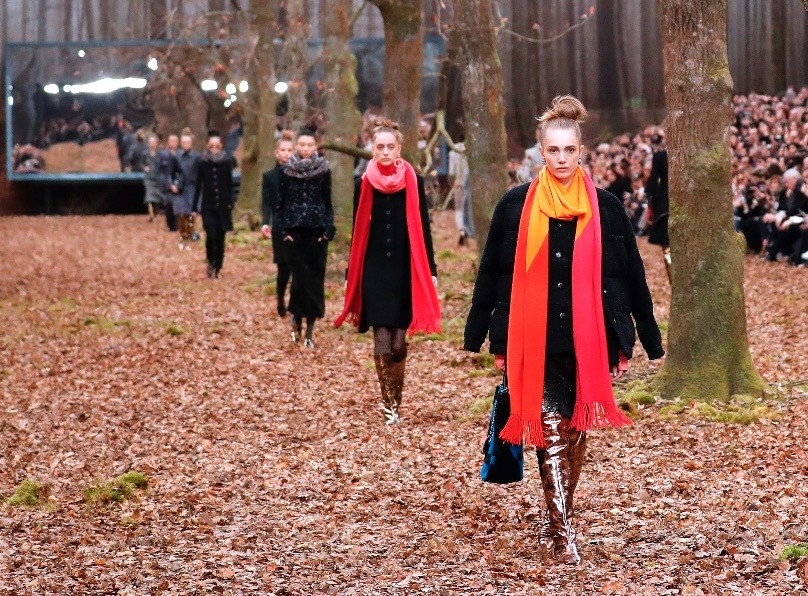 Karl Lagerfeld created a spectacular mid-winter wood for his Paris catwalk Tuesday, but immediately fell foul of environmental activists who accused him of felling century-old trees for the show.

The veteran German creator turned the Grand Palais into a forest, with tons of dead leaves strewn on mirrored steps and nine tall mossy oaks planted down the middle of its vast nave.

But the France Nature Environment group condemned the show as "heresy," accusing the luxury brand of trying to "give itself a more green image while completely divorced from the reality of protecting nature."

It said that whatever point Chanel was trying to prove with the show "had failed. Nature is not chopping down trees in a forest, putting them up for a few hours for a show and then throwing them into a skip."

Chanel hit back strongly late Tuesday saying none of the oak and poplar trees it sourced from a forest in western France had been a century old.

"In buying the trees Chanel also promised to replant 100 new oak trees in the heart of the same forest," the brand added in a statement.

Chanel raised eyebrows last year for a PVC-themed collection at a time when plastic pollution is hitting the headlines.