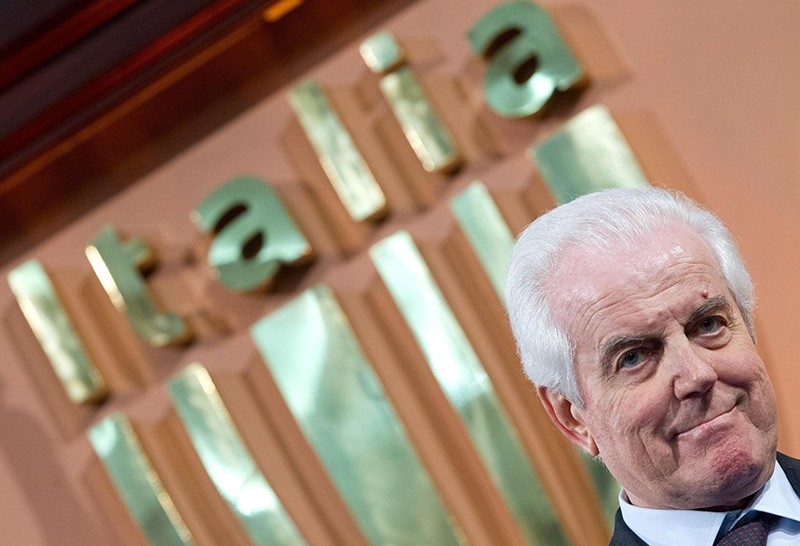 Gilberto Benetton, one of the four founding siblings of the iconic Benetton fashion brand known as much for its provocative ad campaigns as its colorful knitwear, died Monday evening at age 77, his family announced.

The family said Benetton's wife, Lalla, two daughters, Barbara and Sabrina, and son-in-law Ermanno were by his side at his home in the northern city of Treviso, near where the fashion company is based. The news agency ANSA said he had suffered an undisclosed illness.

Gilberto, along with siblings Carlo, Luciano and Giuliana, founded Benetton as knitwear company in 1965, transforming it into a global brand that sustained steady growth in the 1970s, 1980s and 1990s, only to suffer the competition from fast-fashion in the 2000s. The company has gone through multiple relaunches and management changes over the last decade or so.

Benetton's ad campaigns have challenged racial, religious and gender stereotypes, often courting controversy. Some of the most provocative included an image of Pope Benedict XVI kissing an imam, which angered the Vatican, while humanitarian groups protested earlier this year against an ad that contained photographs of migrant rescues.

Over the years, the family became increasingly involved in financial investments through the Edizione holding company, which Gilberto was instrumental in creating 30 years ago. He remained Edizione's deputy chairman and chairman of one of the key investments, the Autogrill highway and airport restaurant concession, until his death.

The family's investment in Austostrade per l'Italia SpA has come under intense political scrutiny following the collapse of the Genoa highway bridge in August, which killed 43 people. The Italian government has pledged to revoke the highway concessions granted to Autostrade, alleging that poor maintenance contributed to the disaster. While the cause has not yet been determined, prosecutors have identified managers of Autostrade among the more than 20 people under investigation.

Fabio Cerchiai, chairman of Atlantia, the infrastructure company that controls Autostrade, and Autostrade CEO Giovanni Castellucci remembered Gilberto for his "great entrepreneurial vision, which indicated the way to open new courses for development."

The family also lost Carlo, the youngest of the four siblings, who died in the summer at age 74.