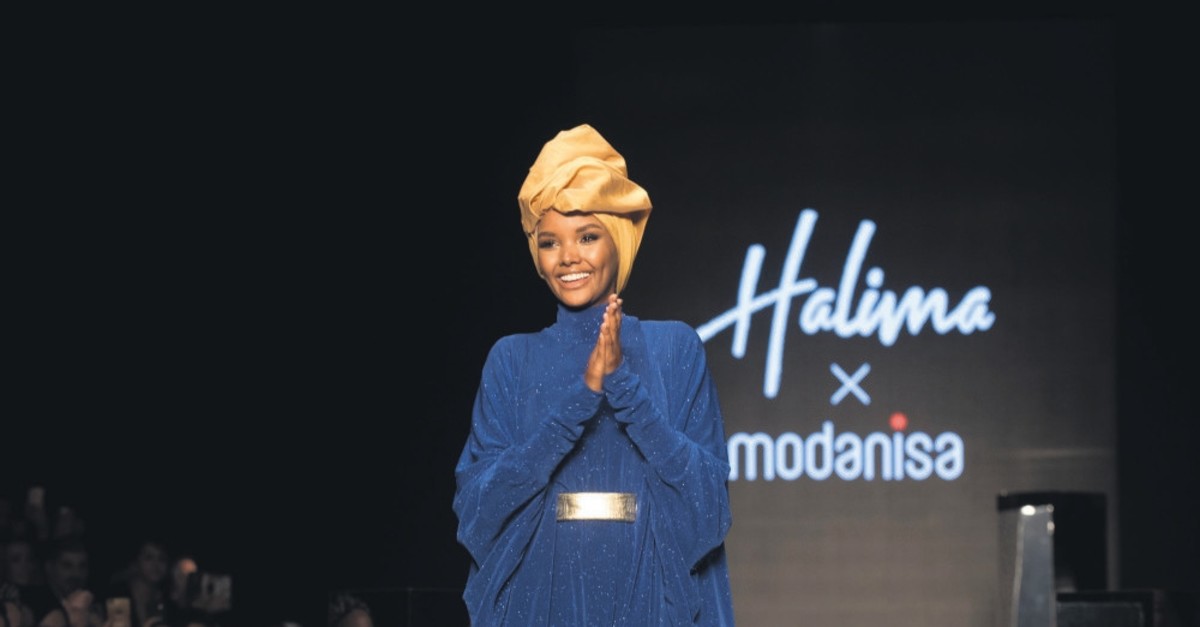 Born in a refugee camp, Halima Aden, the first hijabi supermodel, managed to break all the rules set for decades in the fashion industry and it seems nothing is going to stop her climb to success

With the inevitable rise of modest fashion in recent years, it has become common to see fashion shows targeting hijab-wearing women with models who walk on runways with headscarves on. Despite seeing all these modest clothes on various models, it does not come across our minds to assume that these women may actually be real hijab-wearers since our customary thoughts whisper to us cattily that there is no such thing as a hijabi model. And yet there is. Halima Aden, a 21-year-old Muslim Somali-American woman, breaks the rules by being the first international top model to wear the hijab, forcing us to challenge our perceptions and expectations of the fashion industry, as well as being a pioneer for many who are more than willing to follow her footsteps.

Last weekend, I had the pleasure to interview this young and brave woman, who was visiting Istanbul for Istanbul Fashion Week which was organized by Turkish modest clothing retailer Modanisa. Mesmerized by the stature and confidence of a fellow hijabi woman, I immediately asked her what has been keeping my mind busy: What is it like to be the first hijabi top model in an industry that is overwhelmingly structured around how a woman looks?

"I never feel like an elephant in the room," Aden said to my surprise, expressing her comfort over being a part of the fashion world. "As a matter of fact," she added, "it is even a relief to be a part of it. For instance, as a hijabi woman, it is hard to find proper clothes. However, once you are in the industry, you realize that any outfit can work, as long as you know how to pair the pieces." 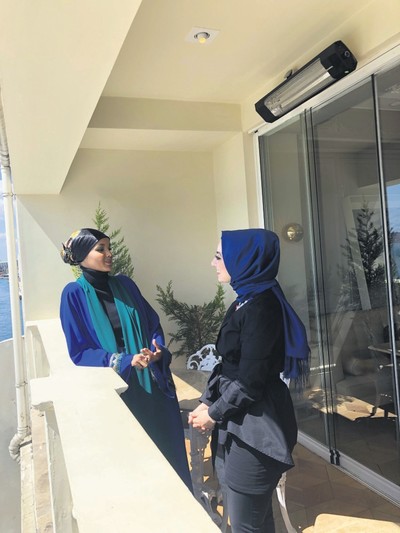 Halima Aden (L) talks to Daily Sabah's Şeyma Nazlı Gürbüz during a visit to Istanbul for the Modest Fashion Week.

Although she is still at the early stages of her career, Aden has already seen successes. Aside from working with international fashion brands such as Max Mara, Stella McCartney and Tommy Hilfiger, Aden is preparing to come up with her own modest fashion line, which she describes as a "dream."

However, I wonder, in a world like ours, where it is hard to be a successful woman and almost unattainable to be a successful hijabi woman, how Aden, who undoubtedly sees blossoming deals as part of her achievements, faces the constant flow of criticism.

I was expecting an answer that would show her indifference to the issue as a way of a coping mechanism. However, Aden surprised me once again by stressing openly that she actually does care about criticism. "However," she said, "I do not believe that it is society's place to act in that way."

"I believe that the time has changed. For instance, once there were not enough cosmetic products for even adult women and now even 2-year-olds are playing with makeup. This change is coming with the change of times and I'm afraid older generations might have difficulty in accepting that," Aden said, referring to the criticism she receives regarding her makeup and outfits. Still, she expressed that she wants to make sure that she is representing herself and her community in the right way while adding that she has the responsibility to be a proper role model for young girls.

From refugee camp to runways

As a woman who was born in a refugee camp in Kenya, Aden's story is also an inspiration for the millions of refugee women and girls all over the world, the majority of whom live in Turkey.

"There is one thing that I can say to those girls: Nothing is permanent," Aden said as advice to refugee women and girls from her own experience which she still remembers vividly. "You have to be accepting of the change and be ready to evolve," in the face of what life brings you, she added.

Underlining that "once a refugee always a refugee," Aden expressed that the primary duty of refugee girls should be around what they can do for the sake of their own community.

When it comes to her life after the camp, Aden showed her gratefulness to American society, especially to her community in Minnesota while underlining that in her opinion, "It can only go up for American society" in terms of the harmony of multiculturalism. "The best part of the U.S. is the fact that it is a total melting pot," she highlighted. She said she first entered into the fashion sector at the Miss Minnesota Pageant in 2017, wearing a burkini by Modanisa, Aden expressed her appreciation over the improvement of the modest fashion industry, especially in Turkey. "Now, here in fashion week, when I look around I see lots of women who are very chic and different from each other. Designers have also done a great job," she said.