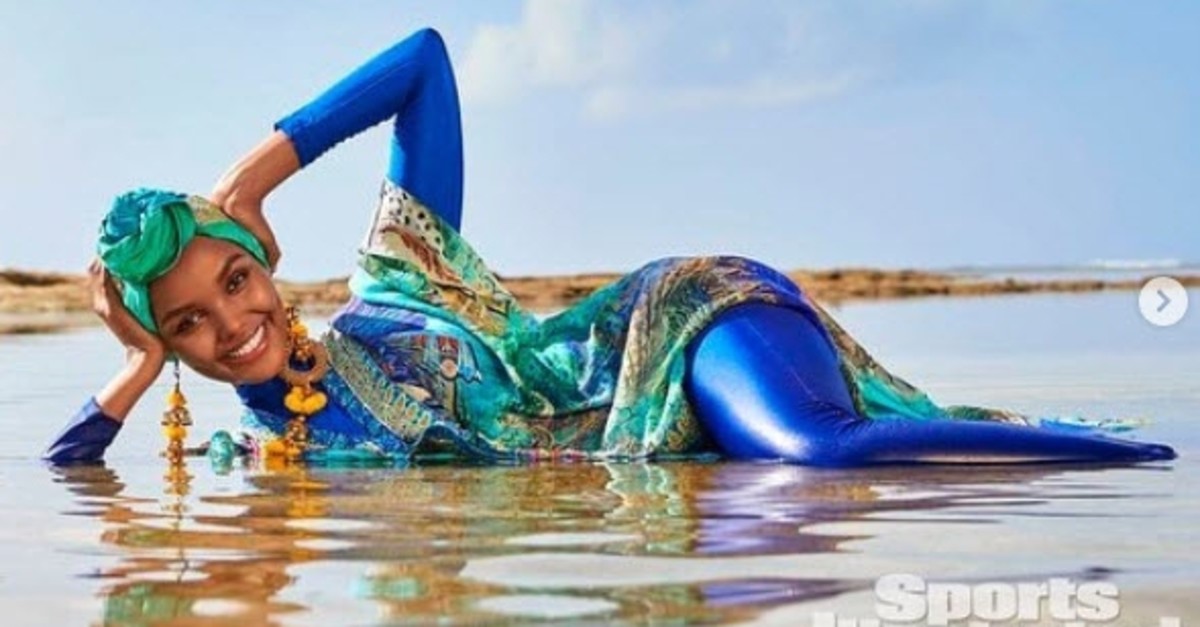 Somali-American model Halima Aden's rookie spread will be set in Kenya, where she born in a refugee camp and lived until the age of seven.

"Growing up in the States, I never really felt represented because I never could flip through a magazine and see a girl who was wearing a hijab," Aden said in a video tweeted by the magazine.

Don't change yourself .. Change the GAME!! Ladies anything is possible!!! Being in Sports Illustrated is so much bigger than me. It's sending a message to my community and the world that women of all different backgrounds, looks, upbringings... can stand together and be celebrated. Thank you so much @si_swimsuit & the entire team for giving me this incredible opportunity.

Sports Illustrated also posted a picture of her posing lying down in shallow water, wearing a turquoise headscarf, long yellow earrings and a deep blue burkini -- the full length swimsuit favored by some Muslim women.

Halima, 21, made headlines at age 19 when she was the first woman to wear a headscarf in the Miss Minnesota USA Pageant, where she made the semi-finals in 2016.

She has previously featured on the cover of British Vogue and walked on the New York Fashion Week runway.

Her choice to pose for Sports Illustrated drew mixed reactions, with some frowning on her decision to feature in a men's magazine known for its objectification of women.

"If you're going to wear the hijab and cover your skin - whether you think our religion calls for it or you want modesty - it is completely counterintuitive to strike a sexy pose in a magazine known for objectifying women," one Twitter user wrote.

Another user wrote: "I would get it if it were for a swimsuit catalogue for women to buy. But for a magazine specially made for men. It beats the whole purpose of the hijab."

Others, however, praised the model's success in "breaking boundaries."

On Instagram, the magazine itself garnered praise, as a user wrote: "Amazed every year by the inclusivity efforts of the issue. This year is a new level."