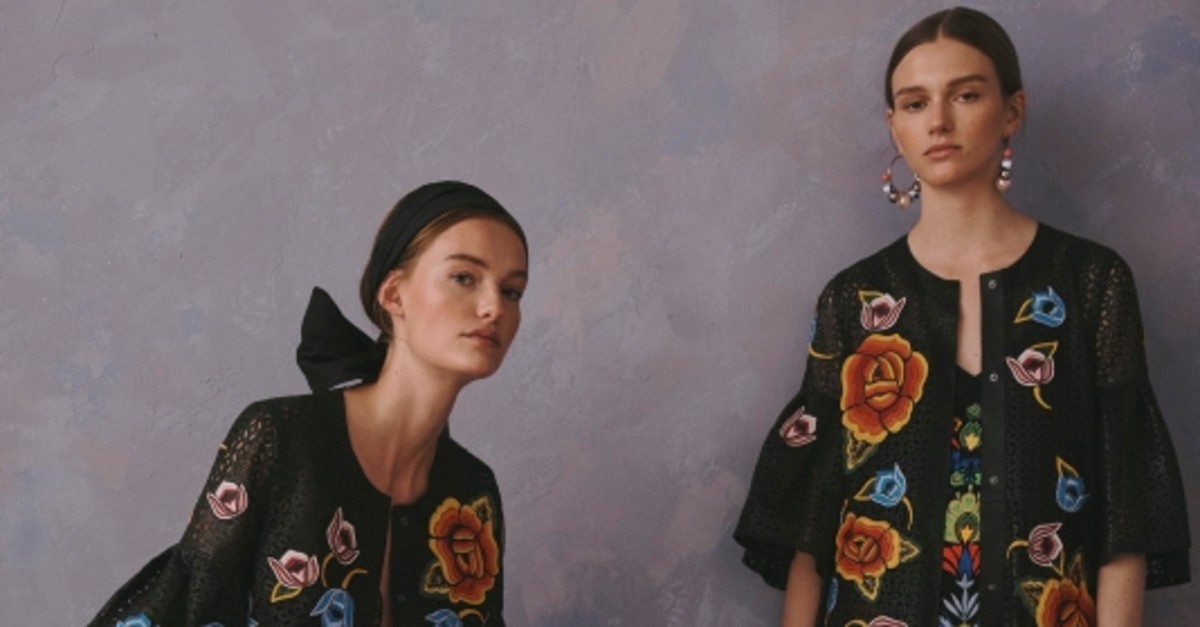 This photo provided by Griffin Marketing and Public Relations and Carolina Herrera shows models posing for the Carolina Herrera Resort Collection 2020. (AP Photo)
by Compiled from Wire Services Jun 14, 2019 11:01 am
The Mexican government on Thursday called on international fashion houses to work together with the country's indigenous communities and to respect their culture, after accusing designer Carolina Herrera of "cultural appropriation" in her new range.

"The use of certain cultural elements forces a call to attention to promote inclusion and to make visible those who are invisible," Culture Secretary Alejandra Frausto said in a statement.

Brands such as Rapsodia, Michael Kors, Nike and Louis Vuitton "have used the iconography of peoples and communities not only of Mexico, but of other countries, such as Guatemala" in their ethnic-style designs, the statement added.

Frausto had on Monday written to Herrera and her label's creative director, Wes Gordon, asking them to explain the use of Mexican indigenous motifs in the Resort 2020 collection - billed as having the "playful and colorful mood of a Latin holiday" - and how the communities in question would benefit from it.

Frausto expressed concern over the use of indigenous elements in six of the designs, which she said contained influences from several regions of Mexico and designs with meanings that were personal or specific to some families and communities.

Two of the six garments from the Resort 2020 Collection feature a traditional flower embroidery known as "istmo de Tehuantepec" and another two use a colorful "Saltillo Sarape" stripe pattern, the ministry noted.

"We feel obliged to draw attention to this and start a public conversation about an urgent matter that features on the United Nations 2030 agenda for sustainable development," the letter said.

Representatives for Herrera, who has dressed U.S. first ladies and members of the British royal family, could not immediately be reached for comment.

The Mexican government says it does not want to ban the use of indigenous designs, but to ensure their origin is recognized and that they are used in cooperation with the communities in question.

The ruling party, the leftist National Regeneration Movement, has been planning legislation to protect indigenous communities from plagiarism and having their work used by others without receiving fair compensation.