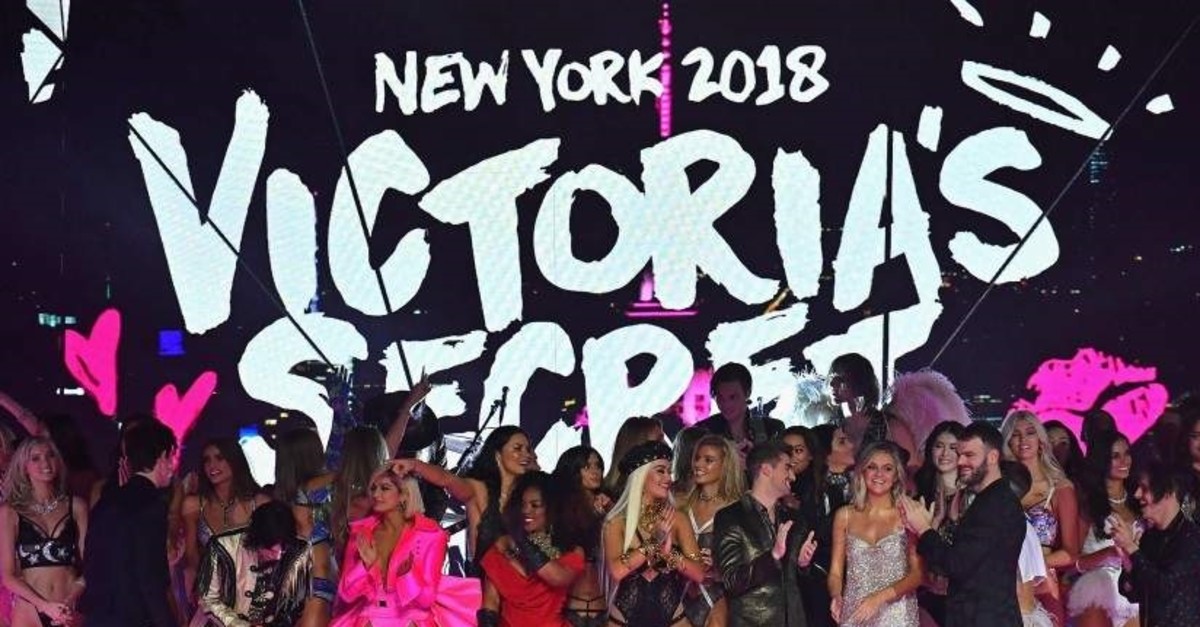 It was one of the most popular fashion shows for 20 years, but U.S. lingerie brand Victoria's Secret is canceling its annual extravaganza amid controversy and weak financial returns in the light of the #MeToo era.

The decision, in the offing since the summer, reflects a shift towards brands seen as more empowering of women, such as that of singer Rihanna's, and comes after several years of declining TV viewership.

The brand is often accused of objectifying women and has been struggling to appeal to a younger generation of lingerie shoppers who increasingly prefer simpler, less sexualized designs. Victoria's Secret has also received negative publicity surrounding its owner's links to Jeffrey Epstein, who killed himself in prison this year while awaiting trial on charges he trafficked underage girls for sex.

The fashion show, in which models parade around with angels' wings on their backs, first aired in 1995. It was broadcast around the world, with the venue changing from year to year. American viewers have declined by almost a third since 2014, from nine million then to 3.3 million in December last year.

The decision to scrap it was confirmed by Stuart Burgdoerfer, finance director of parent company L Brands, during a conference call with analysts about the brand's latest quarterly results. Victoria's Secret once defined glamour, attracting the most sought-after supermodels, such as Gisele Bündchen and Naomi Campbell. But Burgdoerfer added that the brand, which was the jewel in L Brands' crown for many years, had not been able to achieve a new lease on life despite recent leadership changes.

Its sales have been slipping over the past two years, weighing on the bottom line of L Brands which reported a net loss of $252 million in the third quarter, against a $43 million loss a year earlier. Victoria's Secret sales were just over $1 billion in the third quarter of 2019, down seven percent from the same period in 2018. More than 30 of its stores have closed since February.

The brand seems to be paying the price, in part, for a number of marketing blunders.

The cast in the show's 2018 edition was more cosmopolitan than usual, following criticism that the brand had little regard for diversity in its choice of models. But days after last year's event, marketing director Ed Razek ruled out using transgender or plus-size models in future shows. His ill-judged comments came as demands for greater diversity on catwalks increased. They sparked an outcry on social media and he later apologized.

More serious perhaps is that the brand has regularly been mentioned in articles about disgraced hedge fund manager Epstein, who was accused of multiple sexual assaults on young women, many of them teenagers. Epstein, who was arrested in July, had been close to L Brands founder Leslie Wexner. Wexner was thought to be Epstein's biggest financial backer for a while after hiring him as a financial advisor in the 1980s. Wexner said he severed ties with Epstein after the latter's conviction for sex crimes with underage girls in 2008.

Moreover, countless women who accused Epstein of sexual assault said they were recruited to work for him on the false promise that he would get them jobs as Victoria's Secret models. Models' rights group the Model Alliance hailed the show's cancellation, noting that 100 models had signed a letter calling on Victoria's Secret to join its "Respect" program aimed at preventing sexual assault and fostering fair working conditions.

With Victoria's Secret on the slide, Rihanna is the new star of the lingerie market with her "Savage X Fenty." The brand is big on diversity and seeks to project an image of women as the masters of their own bodies and desires. Supermodels Gigi and Bella Hadid and Cara Delevingne paraded its lingerie at New York Fashion Week in September, signaling how popular the brand has become.

"It was the first time on the runway that I felt really sexy," supermodel Bella Hadid told Elle magazine.