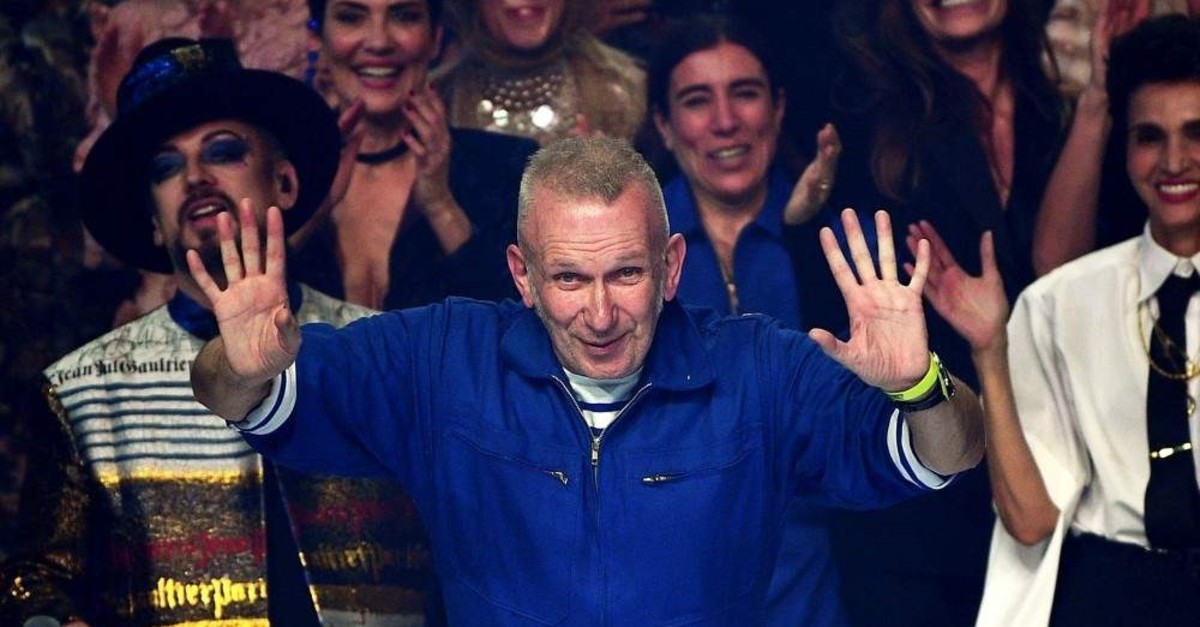 Jean-Paul Gaultier has bowed out of fashion with all the cheek and showmanship with which he has lit it up over the last half century.

The legendary French provocateur bid farewell Wednesday with an hour-long feelgood musical spectacular with an orchestra and a cast of hundreds to celebrate the friends and the often outrageous looks that helped make him a star.

With what seemed like the entire fashion world gathered to pay tribute, the mammoth production began with a black coffin with two conical breasts sticking out of it being carried down a set worthy of Cecil B DeMille.

It was Gaultier's knowing joke that the conical bra he famously put on Madonna will probably end up on his tombstone. 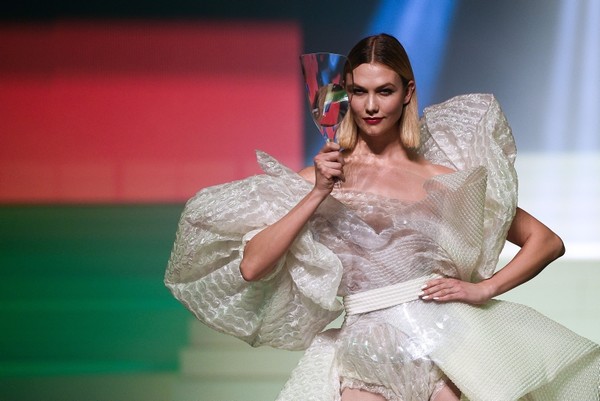 British singer Boy George closed the show, with fashionistas on their feet as the designer emerged in the same blue work overalls as his studio staff when the curtain lifted to reveal the backstage.

Raised onto the shoulders of some of the 220 models who had sashayed down the runway, he threw kisses as the audience chanted his name to the strains of the Culture Club hit "Church of the Poison Mind".

The ode to freaks and outsiders echoed the way the maverick designer pioneered body positive thinking and gender fluidity long before they became fashionable.

American singer Beth Ditto and the bearded Austrian drag queen Conchita Wurst were among the atypical models he managed to charm onto the catwalk.

While Madonna herself did not make it to the show, the "French Madonna" Mylene Farmer did, along with a galaxy of Gallic stars including "Betty Blue" actress Beatrice Dalle. 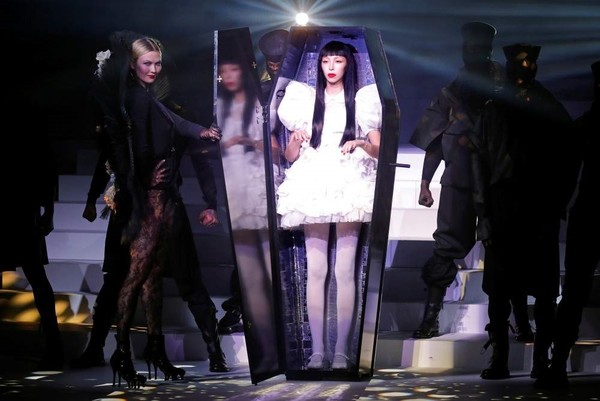 In a touching message before the curtain lifted, Gaultier gave the world a lesson in sustainability and making do.

"There are too many clothes and too many that are never worn. Don't throw them away, recycle them," he said, declaring his final collection was his first "upcycled haute couture" one.

"When I was a child my mother told me how she would turn my father's old worn trousers into skirts. That marked me. You can love a garment again by transforming it," Gaultier said.

"I have been doing that since... In my first show and in this my last there are creations made with the jeans I've worn," he said.

"It's the most beautiful of materials. Like a lot of humans, it becomes even more beautiful as it gets older."

The flamboyant creator stunned fans on Friday by announcing that the haute couture show in the French capital would be his last. 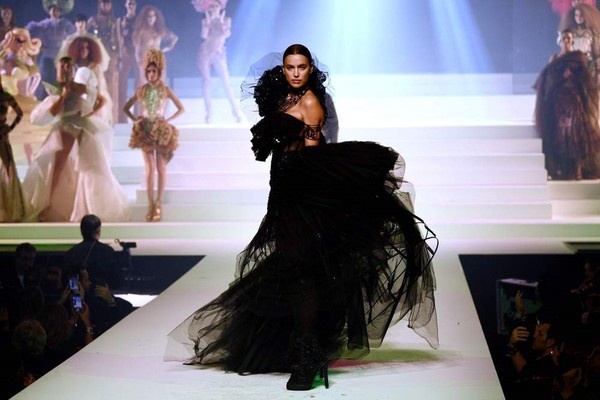 Many believe the 67-year-old showman may now throw himself into showbiz.

His "Fashion Freak Show", a cheeky cabaret revue based on his life has been a popular and critical hit.

With its catchphrase "Tout le monde est beau!" ("Everybody looks so good!"), it was a feel-good smash when he premiered it at the Folies Bergere in Paris in 2018.

It is now touring Russia after an acclaimed London run.

"For years now Jean Paul-Gaultier has been saying, 'I am going to have to make a decision (about the future)'," said fashion historian Olivier Saillard.

"I think the success of the show has shown him a way," he added.

"It has been wonderful for him to see the public laughing and crying with him," the historian told AFP.

"It is so much more joyful than a fashion show, which lasts 11 minutes and where people are always on their phones taking photos."

The impish creator had previously carved out a cult following as a presenter of the late-night 1990s television show "Eurotrash".

Gaultier stopped designing ready-to-wear clothes in 2015 to concentrate on haute couture -- extravagant handmade clothes which only the world's richest women can afford. 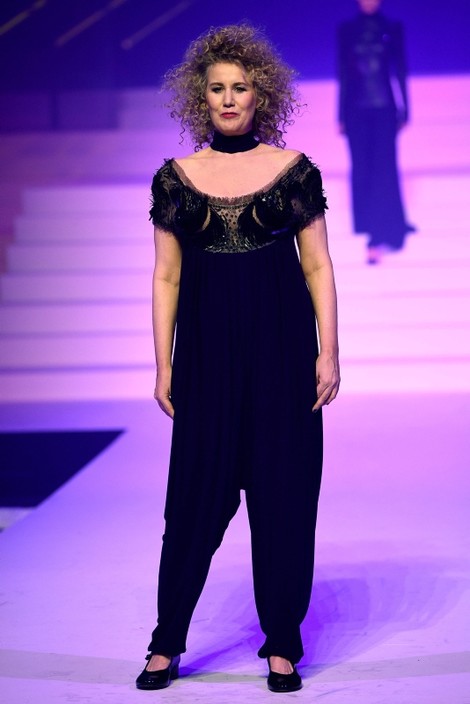 Never less than flamboyant, Gaultier was a fashion prodigy.

From the start he challenged gender stereotypes and conventional ideas of beauty, once placing an advert for "atypical" models.

"The facially disfigured should not refrain from applying," he added.

Saillard said the couturier was "like a father" to many top designers he had mentored over the years, but "he feels fashion has changed terribly".

Nor was it a secret that Gaultier was unhappy with the Catalan luxury conglomerate Puig, who bought his brand in 2011.

"He will be back, but in a different way," said Saillard.