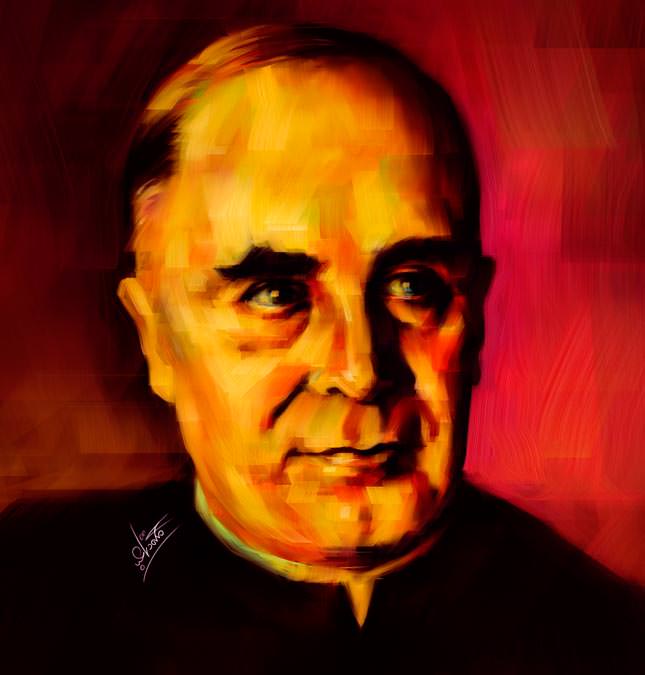 Doesn't it seem ironic to plagiarize from İslamic sources and create a masterpiece by that way but then give islamophobic messages?

Miguel Asin Palacios was a Spanish scholar of Islamic studies and the Arabic language, as well as a Roman Catholic priest who devoted much of his time to Islamic studies and the works of Ghazali and Ibn al-Arabi in particular. In his 1919 book "La Escatología musulmana en la Divina Comedia" (Islam and the Divine Comedy) Palacios noted the Muslim sources for the ideas and motifs present in Dante's "The Divine Comedy".

Dante's work of poetry is widely considered the most distinguished work of Italian literature. The epic poem describes Dante Alighieri's journey through the three realms of the afterlife - Inferno (hell), Purgatorio (purgatory) and Paradiso (heaven) - and serves as an allegory for the soul's journey toward God.

While the reader explores these realms, something rings a bell. The physical and spiritual events of Isra (the Night Journey from Mecca to Jerusalem) and Miraj (Prophet Muhammad's ascension to heaven) are mentioned in the Quran. "Immaculate is He who carried His servant on a journey by night from the Sacred Mosque to the Farthest Mosque whose environs We have blessed, that We might show him some of Our signs. Indeed He is the All-Hearing, the All-Seeing" (17/1).

The Isra and Miraj served as inspiration for several Muslim authors, who presented their own interpretations of the argument in their literary works. Palacios suggested that Dante was inspired by Arab Andalusian sufi mystic and philosopher Ibn al-Arabi. This is plausible when one considers how the Renaissance was influenced by Arab-Andulusian culture. "La Escatología musulmana en la Divina Comedia" by Palacios is a great work of comparative literature.

The book is divided into four parts, each part making comparisons between "The Divine Comedy" and the Islamic resources about Miraj, the descriptions of Heaven, Purgatory and Hell through the Qur'an and the Hadith, as well as some scholastic theology and sufism.

He illustrates a number of similarities and suggests that Dante was possibly influenced by Christian legends before his time. Palacios also compares the ideas and writing of Dante to Ibn al-Arabi, particularly Dante's "Convito", an allegorical courtly love poem, and Ibn al-Arabi's "Tarjuman al-Ashwaq."

Let's take a look at the similarities. Miraj starts in a deep sleep and Dante's journey also takes place in his dream. While a wolf and a lion cross the Prophet's path, a leopard, lion and wolf stop Dante.

Gabriel comes to guide the Prophet on his journey as Dante is guided by Beatrice. Both guides explain all the phases of the journey.
The descriptions of Hell and Purgatory are the same in both journeys, even though there is no description of Hell in the Bible and no reference to Purgatory either.

The layers of Hell described in The Divine Comedy are the same as the layers of hell in the Islamic references. Similarly, the layers of Heaven are exactly the same in both journeys. The punishments for each sin are also similar.

Both the Prophet and Dante meet Adam and talk to him, and both their travels end in the same way: They reach God and describe the presence as an intense source of light.

Both Dante and the Prophet see angels surrounding God; according to Islam they are Karrubiyun angels and for Dante they are Cherubim angels.

When Palacios published his work, it rocked contemporary literature. But Dante fans did not view the work favorably, harshly criticizing his work and refuting his thesis. The author subsequently chose to rewrite the book, providing answers to prove his thesis.

In the conclusion of his book Palacios noted his great admiration for Dante, however he warned that blind admiration was not an expression of respect.

Two years ago, Gherush 92, a human rights organization that consults U.N. bodies on racism and discrimination stated that Dante's "The Divine Comedy" should be banned. "We do not advocate censorship or the burning of books, but we would like it acknowledged, clearly and unambiguously, "The Divine Comedy" contains racist, Islamophobic and anti-Semitic content. Art cannot be above criticism," said Valentina Sereni, the group's president.

It is widely known that Dante was inclined toward Muslim philosophy; it seems ironic then that he borrowed from Islamic resources to create a masterpiece that conveys Islamophobic messages.