A loud voice for Syria's freedom 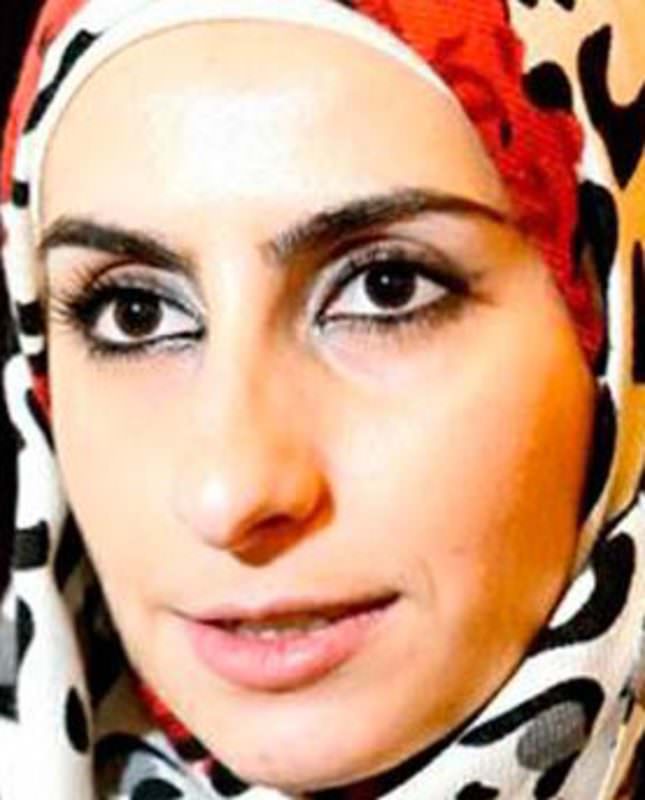 Noura Al-Ameer voices her burning desire for the freedom and justice in Syria. Al-Ameer is a young Syrian activist who was arrested and imprisoned because she fought for her voice to be heard and the freedom of her people. She wants her country to embody the words peace, freedom and democracy

Noura al Ameer is the highest ranking female in the Syrian National Coalition. When we stand side by side, she barely reaches my shoulder. Her elegant presence belies what she has experienced. At the tender age of 26, she was elected vice-president, with 68 percent of the votes. What made her so popular? Perhaps it was her personal struggle, having spent time in prison. Perhaps it was her efforts to publish an underground newspaper, which is what eventually led to her arrest. Perhaps it is her strong stance for freedom, democracy and justice.

Her calm voice and her simple, clear statements are what make Noura seem normal, ordinary. But the spark in her eyes, flitting from pain to anger, opens a window on what she has been through, what Syrians are going through. The subtext is one full of anguish and determination.

"Syrian refugees come to Turkey in large numbers because the camps in other countries, or indeed in Syria, are not safe. Girls are often trafficked, being sold into Europe. This is why some families marry their daughters off at early ages. It is a form of safety. If a girl is married, even if she is only 14 or 15, she is safe from being kidnapped or raped." "The camps in Turkey are very good in many ways. But there is one thing missing. The men who have fled to these camps are used to being the breadwinner, and this is something they take pride in. Now they do nothing but sit around all day, they have no occupation.

The lack of a normal family environment in which the father can go to work often leads to frustration, and in turn this can lead to violence.
Family values disintegrate, and with them, social values." I ask her why she opposed the Syrian regime at such a young age. Did something make her suddenly realize that there were alternatives to the regime or was this something that was recognized in her family?

"Before 1963 (before Hafiz Assad) there was freedom and democracy, with transparent elections. The universities were places that the police could not enter. Free discussion forums were held on campus. Homs was known as the dove of Syria. But with Hafiz Assad and Bashar Assad, religion and freedom were oppressed."

"I was in primary school when I understood the reality of the situation. My parents taught us to have principles, and that we had to support these principles. We had to be on the side of justice and oppose oppression. So I was always aware that the regime under which we were living was not just and that something had to be done to change it. All my family, my brothers and sisters stand for the 'Values of the Revolution'."Her eyes blaze suddenly as she begins to talk about the values that she, her family and friends stand for. She turns to the future of Syria:

"First of all, the regime must change. All the people who have committed war crimes must be tried and punished. Syria must stay united; it cannot be broken up into different states. We love all of Syria, as a whole, and we want the people who have started to fight against one another to come together as an integrated, united country. The establishment of justice, law and freedom is essential, as is the release of the detainees. There are 500,000 people in prison at the moment. By all means, the establishment of democracy is absolutely essential; there is no question about that."

The conversation turns to her arrest and time in prison. Her face is calm, not a trace of anger or resentment. "I was arrested in 2012 and imprisoned for six months. I was tortured, but what I went through is not worth mentioning. I was merely hit with cables and electrocuted. This is nothing compared to what other people go through. They hang people by their arms. They do unspeakable things. What I experienced was more psychological torture. They tortured my male friends in front of me. They threatened my family. They threatened to fire me from my job [and they did]. I was fortunate, because at that time Kofi Annan was touring the prisons, so they treated me "humanely." Now they torture women as they do men. Before, they treated women less brutally, now there is no difference.

They have realized that women are more of a threat to the regime than men. If you want to break the will of society, you have to break the will of women." Her face becomes sad and tears well up in her eyes as she starts to talk about the people she knows and what they have gone through. She starts with those closest to her.

"My uncle was arrested when he was 16. He was killed in prison. They asked him 'Who is your Lord?' He replied 'Allah'. They asked him repeatedly. They wanted to hear him say 'Assad'. If you answer 'Assad' to save your life, they make you pray to a photo of Assad. My uncle refused to say anything but 'Allah' and he spat on the photograph of Assad…they kicked and beat him to death." As she speaks she reaches for a tissue. After a few moments, she composes herself and continues to talk about her life before she was arrested. "I was 23 years old. I was producing the first underground weekly newspaper, Hurriyat (Freedom). It was distributed among my friends and we sent it abroad for online publication. I stopped going to university. When the first massacre occurred, I was there with my friends. We had been protesting all day. But as evening approached the men sent all the girls and women home. A few minutes later all the men were massacred. If we had stayed, maybe they wouldn't have been killed. Or we would have died with them. Either way would have been better for us. The memory of that day is very hard for me."

She takes a deep breath and continues talking. At one point Noura mentions "a normal life in Syria." I wonder how normal life can be in a war-torn country. "There are three types of people in Syria. The first type lives a normal life going to shopping malls, spending money and following the latest fashions. They refuse to understand what is going on. The second type are rebels, the revolutionaries. The third type is the most important for us. These are the silent supporters. They stay in the background and no one knows that they secretly support the revolution. They are not detained, and can move around without being detected; for this reason they are very important to us." She is worried about the people who were allowed to leave Homs in the latest agreement. I ask her what she thinks will happen to them.

"There were 3,000 people in Old Homs. 700 remained behind. They will starve to death. But the 2,300 who left? What will happen to them?
There will be reprisals. They will be punished and killed. For example 70 young men tried to bring food into the city. They were tortured to death. And worst of all, the people torturing them had fun while they were doing it."

With a deep sigh she starts to talk about her family again. "My family left Homs and is in Damascus now. My mother is followed everywhere. My father was in prison while I was in prison. My brother and sister were detained. My parents sent my sister to be with me in Turkey because she had such terrible experiences in prison. She was let out in a prisoner exchange. Psychologically she suffered a great deal."

She briefly describes her journey to Turkey. However, it is easy to read in her face that there is much more to this journey than related in her simple, understated sentences. "I came to Turkey to participate in a workshop on documenting violations of human rights. It took me two weeks to come here. All the checkpoints had my name; they were checking for me. It was a long and hard journey." Finally, we turn to the future of Syria; she talks about what will happen when peace is restored. "Skills have been lost due to young men being killed. As a result we have to empower women. We have to "reformat" them so they can find value in themselves. We need to focus on the necessary areas, perhaps retraining them in jobs like carpentry or building." "The result of oppressing religion is that extremism emerged, and this has led to religious factionalism. This factionalism will disappear if everything returns to normal. It will not matter if you are Sunni, Shiite or Alawi. All the meaningful words, motherland, freedom, president, have been distorted and have lost their meaning. We have to restore them to their true meaning." "Homs was the dove of Syria. But now, Assad should know, Homs has become the hawk of Syria. It has talons and it will fight for its life." Noura al Ameer is that dove. But the fire in her eyes makes it very clear that the hawk has taken over and it will not rest until peace has been restored.