Mardin Castle to be open for tourism 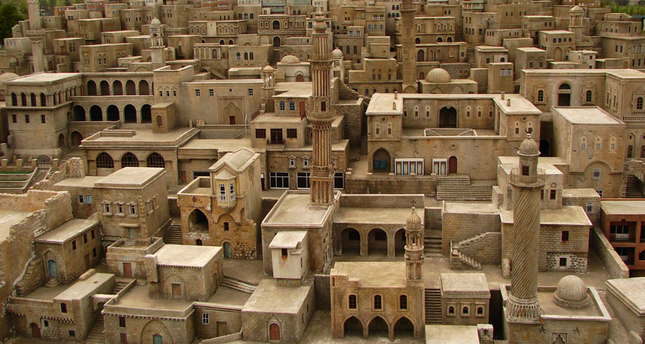 After a long wait of 218 years, restoration works on the magnificent Mardin Castle are set to start in March. Known as "the only castle never conquered," it is expected to be a major tourist attraction.

Istanbul - Mardin Castle, which witnessed the heroic resistance to the infamous Mongolian King Tamerlane's besiege, will undergo restoration work costing approximately TL 20 million and will be open to tourists soon.

It was reserved for military use only until Prime Minister Recep Tayyip Erdogan announced the restoration plans during Parliamentary budget talks.

There were previous attempts to renovate the castle. The largest one to date was undertaken by Sultan Selim III of the Ottoman Empire in 1729, but no progress has been made since. Mardin Governor Dr. Ahmet Cengiz stated that many Mardin residents will be able to live out their dreams of going inside the castle, something they have not been able to do for 60 years.

The 900-year-old mosque in the castle, dating from the Artuqid period, will be opened to public with this project. The restoration and renovation works will require special expertise and a special team of architects. Special precautions will be taken against the possibility of pieces falling off of the castle.

Mardin's assistant chairman of the Culture and Tourism Society Mehmet Fidan stated that in the past the castle served as a picnic area for the locals.

He added, "This project marks a long awaited moment for both the people of Mardin and the tourists. We are ready to start renovation works as soon as the NATO radar placed within the castle is removed and the Ministry of Defense, which occupies half the castle, evacuates it. This castle belongs to the public. If it is opened to public use, it needs to be opened completely. I believe the castle will attract many visitors eager to view the Mesopotamian Plain and the historic city from the castle. The number of tourists visiting Mardin each year is expected to triple once the castle is opened, in return making Mardin a world-renowned city."

Situated at more than 1,000 meters above sea level on solid natural rock, the 3,000 year-old castle popularly called the "Eagle's Nest", has a very strategic importance. It was built in the tenth century by the Hamdanid and hosted numerous kings and sultans such as Subari, Sumerian, Babylonian, Mitanni, Assyrian, Persian, Roman, Byzantine, Umayyad, Abbasid, Hamdani, Seljuk, Artuqid, Qaraqoyunlu, Akkoyunlu and Safavid rulers and the Ottoman sultan.

The structure spans one-kilometer long and varies in width between 30 to 150 meters. The castle, closed to tourism and deployed by NATO during the cold war period, has been used by the Weather Radar Commandership for the last 60 years. Many civilian attempts for restoration have all been met with bureaucratic obstacles.

The remains found suggest that the castle was also used for residential purposes. Further, the large quantities of ammunition and food in the castle's storage rooms were described by famous Ottoman Turk, Evliya Çelebi, who travelled far and wrote about the Ottoman Empire and neighboring lands for over forty years.