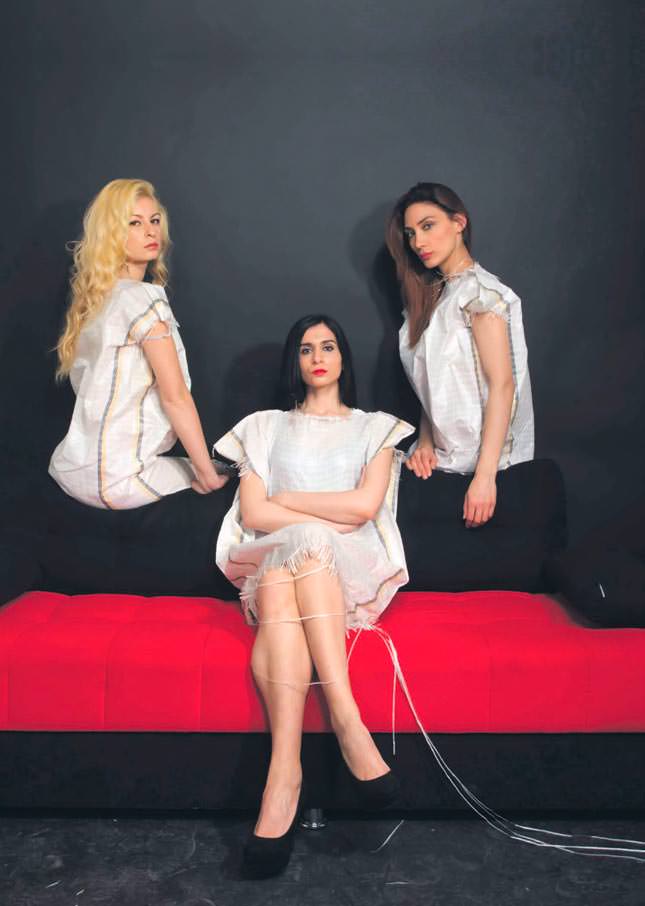 Taking their visions and their talents to the next level, these seven courageous female entrepreneures achieved their dreams taking their respective industries by storm

Married to a teacher working in Turkey, Maria Perdue is an American entrepreneur. She decided to open a cheesecake shop when she realized that her homemade cheesecakes won raves from her family and friends. At first she cooked the cheesecakes at home and sold them at her friends' shops. In order to buy a bigger oven, she sold handmade scarves in the United States.

Perdue opened her first cheesecake shop in Çavuşbaşı, Istanbul in 2006. The start-up was far from easy, especially as she had to navigate Turkish bureaucracy to obtain a license to run her shop. Currently, Perdue has three shops. Every day her shops sell 3,000 cheesecakes.

In addition to Çavuşbaşı, she has shops in Ataşehir and Kozyatağı. She works with a team of nine women who are only primary school graduates. All workers are provided social security and after three years they are given private insurance paid by Perdue. The main objective, according to Perdue, is to help women and provide good customer service. She also aims to expand her business and improve the quality of her work.

After receiving a law degree from Dokuz Eylül University, Funda Baltalı started her career at a bank. Three years later, she founded a company creating leather products. One day she decided to establish a dairy facility and started her own business in 2009 in Seferihisar. The dairy animals come from Nazilli, Aydın.

Baltalı is known as one of the most accomplished female entrepreneurs and has also exported her products abroad. Today, her dairy facility churns out goat milk and goat milk-based products. It has also become a prime example of a successful family-run business.
Baltalı always wants to give hope to people who are less fortunate.

She says her company receives many emails and calls every day from people who consider her company a good and inspiring example.
According to Baltalı, entrepreneurship is not a skill. Instead, anyone can be a successful entrepreneur if they have an innovative idea and ambition. She also emphasizes the role of women in society and believes that being a businesswoman should not necessarily mean forgetting your role as a mother. Above all, she places importance on a job well done and honesty.

Şebnem Görgülü is the founder of chocolate brand Evvie. Before starting her own business, she worked in tourism.
Since her childhood, Görgülü always wanted to work in the field of pastries and chocolate. Founded only seven years ago, Evvie not only offers chocolate products but also specialty cakes. Görgülü was engaged in the trade sector for 22 years and she says that she did not experience too much trouble because of her knowledge and previous experiences. She credits part of her success to her ability to overcome problems and remain calm. She also emphasizes it is important to be patient. As an entrepreneur, she benefits from being a woman because her male counterparts help her in difficult times.

Leyla Alaton is the chairwoman of Alarko Holding. She is the eldest child of a family who experienced very difficult times during war. Alaton started her entrepreneurial career by selling belts and earned a place on a list honoring future leaders.

She says that her entrepreneurial soul always drives her to be innovative and do a good job. Alaton says Alarko Holding brings professionalism and institutionalism to the forefront. She refuses to underestimate people or jobs, adding that there can be many surprising outcomes. With respect to women's position in society, Alaton emphasizes the necessity of defining preferences.

For every woman, it is important to know yourself and your limitations.

She is a firm believer that economic freedom plays a vital role in a woman's life. Finally, she gives advice to entrepreneurial women. Alaton says that the service sector is one of the most suitable fields for women considering the responsibilities of a mother and a wife, they can start a business with a little capital, one computer, while working
from home.

Holding a degree in agricultural engineering, Deniz Orhun received a master's degree in management from a London institution.

One day she wanted to change her career entirely and started to focus on pastries. She left everything behind to be trained in the United States in pastry making. She is renowned as the woman who baked U.S. President Barack Obama's 49th birthday cake. After her training, she opened her own pasty shop called Klemantin Açık Mutfak (Klemantin Open Kitchen). Orhun also appears in a television program called Deniz'den Mutfak Hikayeleri (Deniz's Kitchen Stories) and has written her own success story. Apart from her business activities, she is the head of the Gastronomy Pastry and Bakery Department at a university. She has also made short films about pastries.Orhun emphasizes that planning is the most important part of running a business.

Vennas Akyol Haznedar is an entrepreneur from Samsun. She participated in different tenders of the Samsun Çarşamba Airport without her family's permission. However, she only won the catering tender and opened a small buffet at the airport. This was her first entrepreneurial experience in service sector. She went on to win other tenders, including those for a café, parking lot and restaurant. In 2010, Haznedar opened a boutique hotel in Atakum, Samsun. She received financial support from the Central Blacksea Development Agency and the Republic of Turkey's Small and Medium Enterprises Development Organization (KOSGEB) during the starting phase of the hotel. She says she loves people and spending time in the kitchen. For this reason, her business focuses on the service sector. As an experienced entrepreneur, she believes that being a woman is a unique opportunity but emphasizes that it is tough being a human, not necessarily just a woman.

Therefore, young entrepreneurs need to understand their own competencies and find the most suitable projects. They are also advised to believe in themselves and never abandon their dreams. Haznedar says she will always support young entrepreneurial women.

Married with three children, Fadime Zeybek is a 44-year-old housewife in Kayseri. Rather than staying at home, Zeybek wanted to pursue her dreams.

Many women in Kayseri cook Turkish dumplings, called mantı.Zeybek sold her gold bangles to open a mantı shop. At first, she was unable to manage her business and so her shop shut down. However, Zeybek was ambitious enough to start again and received a microloan of what is now worth TL 750. She employs nearly 150 women every year and sells mantı across Turkey under the brand name Gayseri Mantı. While her husband is responsible for the production phase, Zeybek is the head of sales. Their products are sold in Istanbul, Ankara, Bursa, and recently in Alanya. She has currently been expanding the business in Istanbul.
Last Update: Mar 08, 2014 3:18 pm
RELATED TOPICS