Quebec Charter: A proposal to validate discrimination against Muslim women 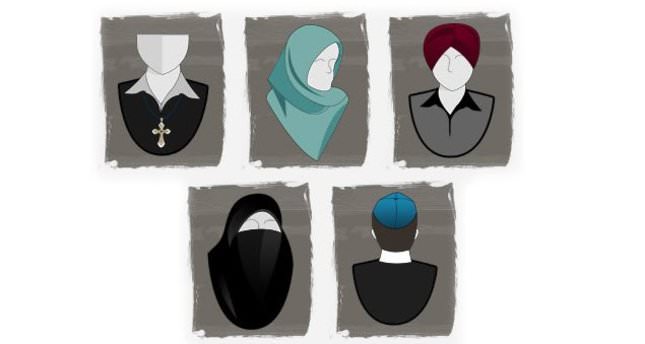 There is a serious dilemma in Canada, a country globally recognized for its embrace of diversity. Quebec, the only predominantly French-speaking province in the country, is currently debating the prohibition of "overt religious symbols," which many people claim specifically targets the hijab, a religious headscarf worn by Muslim women, casting a dark shadow over the country's inherently liberal and tolerant character. With about 60 percent of Quebecers supporting the charter, it is uncertain whether the bill will be able to stand against legal challenges posed by Canada's constitution.

A proposal known as Bill 60 was originally brought forward by Bernard Drainville, a member of parliament from the Parti Quebecois (PQ), back in May 2013. Taking its counterpart in France as an example, it aims to ban the use of objects overtly indicating religious affiliation by civil servants such as teachers, doctors, nurses and police officers, including clothing, jewelry, headgear and more. This encompasses things such as turbans, hijabs, kippahs, and large crucifixes in efforts to allegedly provide a secular environment for all, in line with the French concept of laicism, a government-enforced type of strict secularism. The PQ states that the bill will protect Quebec from religious fundamentalism and gender discrimination, which they claim is a direct result of the hijab, a compulsory headscarf worn by Muslim women.

The new charter is not Quebec's first attempt to distinguish itself from the rest of Canada as the province has the Charter of the French Language, which rules that the use of any language other than French on provincial signs, product labels, restaurant menus and more should be de-emphasized to guard the province's French roots, which many Quebecers take pride in. In an interview with the Canadian newspaper the Globe and Mail, Claire Rochette, a supporter of the bill, highlighted the importance of French values for Quebecers. "Bill 60 is essential for the survival of the Québécois. Our ancestors have fought to survive for 400 years. We have suffered enough from the Catholic Church. We don't want any religion to dominate us again," said Rochette, whose remarks seemed more concerned about being dominated by another language and less concerned with progressivism and secularism. In contrast, the Catholic Church has a more progressive approach to the issue as Monsignor Pierre-Andre Fournier, the Canadian prelate of the Roman Catholic Church, noted that the state may be secular, but the society is pluralist, and the people are "free to believe or not to believe … no official religion, but no official atheism either."

Quebec's Human Rights Commission has inspected the proposal and claimed it is unlikely that the charter will be able to withstand legal challenges. According to the commission's president, Jacques Fremont, the bill has a controversial and divisive nature and is likely to negatively affect individual rights and freedoms in the province. A number of school boards and hospitals such as the Federation of Quebec School Boards oppose the bill on the grounds that it will cost them significant amounts of money, while the Quebec Bar Association strongly opposes the bill for contravening the Quebec and Canadian Charter of Rights of Freedoms and international law. The Holocaust Center in Quebec also criticized the bill and called on the government to withdraw it as it "puts serious limitations on rights and freedoms by promoting intolerance, discrimination and prejudice against minorities." The center's human rights coordinator, Louis-Philippe Jannard, pointed to the fact that there has been an increase in the number of attacks against veiled women, Muslim cultural centers and mosques and vandalism of halal shops. The McGill University Health Center stated that the bill was trying to fix an issue that does not exist in the first place. In an interview with CBC News, Shahad Salman, a Muslim lawyer working at the McGill Center of Genomics and Policy said that she personally feels targeted by the charter, and a CBC-commissioned poll revealed that a majority of the English-speaking population of Quebec agrees with Ms. Salman.

Canadians outside of Quebec have also expressed their disapproval and concerns about the bill. "Anything one wears or exposes about themself publicly is a form of public manipulation … We are all manipulated towards something or someone – what matters is how that manipulation is acted upon," said Besma Soltan, a Toronto-based active community member, who stated she was disappointed to see such a charter as she grew up in Canada, began wearing the hijab in Canada, embraced Canadian diversity and admired the fact that a diverse group of people can live and work together in the same atmosphere. Asiye Mayda, an elementary school teacher also criticized the charter and said it is a form of systemic discrimination and was unacceptable as it contravenes the Canadian Charter of Rights and Freedoms and called on Quebec to be more sensitive towards the beliefs and practices of minorities who have different views in line with Canada's multicultural heritage. She touched on the fact that such implementations leave individuals hanging in midair, as they are forced to choose between their careers or personal values.

The timing of the introduction of the charter is controversial as Quebec is preparing for local elections that will be held in less than a month. It is not certain whether the charter will be passed by the provincial legislature or if it will be able to withstand challenges that will be posed by Canada's Charter of Rights and Freedoms, a port of refuge for many Canadians who face discrimination based on ethnicity, religion, gender or sexual orientation.