The death of European football 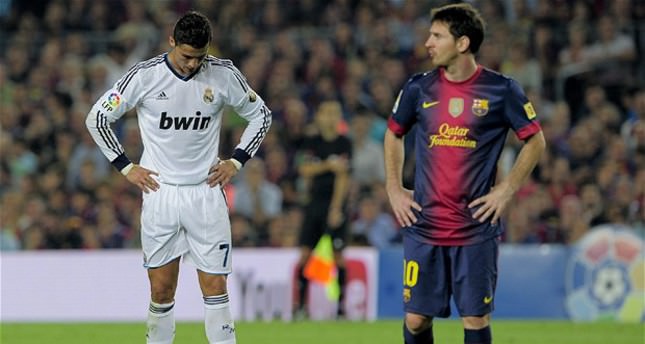 Historic supremacies, modern market monopolies and the most recent trend of utilizing petrol-rich sugar daddies have all added to the grave decline of European football leagues

ISTANBUL — In Turkey we have always criticized the predictability of our top-flight football and the mundaneness that comes hand in hand with the hierarchic structure of our league. Aside from seven instances in which teams from outside Istanbul (Trabzonspor in 1976, 77, 79, 80, 81, 84 and Bursaspor in 2010) took the title, the winner has always been one of Istanbul's giants.

This imbalance has led many Turks too look toward other European leagues to seek the excitement they cannot not find in their own domestic league.This remains the case for Turkey as well as the rest of the world as the English, Spanish, Italian and French leagues are still considered the world's best.

However recent trends in modern football have continuously chipped away at the once exciting, unpredictable and quality leagues bringing them to the same droll state of the Turkish Super League. The introduction of new billionaire owners is only leading to the decay of European continental football.

The English Premier league (EPL) is widely regarded as the continent's most competitive domestic league. It has a global reputation for its unpredictability and ever changing hierarchy in which any local team can challenge for the title. However, the inauguration of the English Premier League in the 1992-93 season and the financial imbalances it bought ruined the unpredictability of the EPL. The EPL brought many changes alongside revised televising rights which resulted in more popular clubs earning a larger piece of the television earnings, creating an era dominated by England's larger clubs Manchester United, Arsenal and Liverpool. Other teams came and went as Aston Villa, Blackburn Rovers, Newcastle United and Leeds United tried to compete with the elite, but always found themselves running out of funds after a few seasons of holding top spots in the league, amongst them Blackburn, which in 1995 became the only club apart from the perennial giants to take home the title in the new era.

Roman Abramovich's 2003 acquisition of London club Chelsea would create yet another trend in English and global football. The petrol-rich Russian billionaire acquired what could only be described as a mediocre club, injected millions into the club, purchased some of the world's greatest talents and created England's fourth footballing giant.

Sheikh Mansour bin Zayed Al Nahyan followed in Abramovich's footsteps, purchasing Manchester City in 2012, making the club one of the world's most wealthy. Some would think that adding a fifth giant club to the EPL would only advance competitiveness in the league, but as the number of these super-clubs increase, mid-table and smaller clubs receive less and less for their yearly participation in the league. As it stands, save for rare exceptions, England's Champions League and Europa League spots will only go to these five giant clubs.

The La Liga is the world's second most watched football league, as the tale of Real Madrid and FC Barcelona has become the world's most watched domestic sports event. The tale of the two giants and the quality of their teams are the highlight of the league. These two colossal clubs have long dominated the league while all others were left fighting for third place.

The 1980's and early 2000's saw Atletico Madrid, Valencia, Sevilla and Atletico Madrid emerge as league competitors as they managed to grab the title from year to year. But now the old status quo has been restored for the past nine years as Spain's elite three have remained determined. Through successful scouting and high profit sales, Atletico Madrid joined Real and Barcelona at the top. The three clubs' finances, squads and facilities far surpass any and all opposition.

The Serie A is one of the best examples of European football's decline. The Italian top-flight has been dominated by the likes of Milan, Internazionale and Juventus as far as recent memory can recall. In fact the last time another team won the title was when wild-card Roma grabbed their third ever title victory in 2001. The Serie A's polarization is so extreme that world class players playing in the country's lesser clubs flee to international leagues when given the opportunity.

France's Ligue 1 has been Europe's latest league to become infected with the Abramovich syndrome. The Qatar Investment Authority became Paris Saint-Germain's (PSG) sole shareholder in 2012 just one year after becoming the club's majority shareholder, drastically changing the balance of the once fair for all clubs French top-flight. Since 2011 PSG has spent a total of 364 million euros (TL 1.12 billion) on new transfers.

This saw them become the ever dominant leaders of the Ligue 1. As PSG brought this English trend to France, fallen greats Monaco would soon follow in its footsteps. Russian billionaire Dmitry Rybolovlev went on to purchase two-thirds of the club in 2011, returning the Ligue 2 club to France's top-tier in 2013.

Chasing PSG for the rights to the title, Rybolovlev splashed 167 million euros at the start of this season to bring some of the world's most famous names to the club. The sad realities that surround Europe's top football leagues today now leave us longing for what we had become accustomed to just one decade ago.

The mysticism that used to surround the continent's top football leagues has all but vanished. Modern football on the continent has become a matter of predictability and consistency. The Turkish domestic league we grew to dread now appears no different than any of Europe's other top leagues. Measures aimed at restricting the spending of these oil-barons such as financial fair play have been introduced, yet they are yet to have a visible impact. If this trend is allowed to grow the magical world of football will continue to deteriorate and all will have to suffer.
Last Update: Mar 24, 2014 2:25 am
RELATED TOPICS