Murders for a False Paradise: The Hashshashins 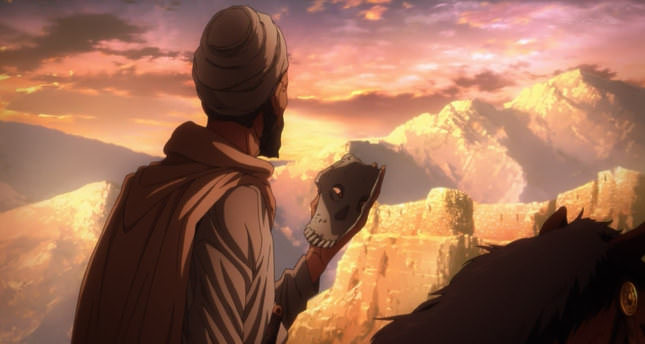 Founded by Hasan-e-Sabbah in the late 11th century, Hashshashins created fear by murdering officials throughout the Middle East and loaned a word to the English language: Assassins

ISTANBUL — Three close friends were under the instruction of Imam Muvaffak Nisaburi. They took an oath: Whoever gained success would help the others.

These three men were Nizam al-Mulk, the grand vizier of Seljuk Empire; Omar Khayyam, renowned wiseman and poet; and Hasan-e-Sabbah, founder of the Assassins which once spread world-wide terror. Although the age difference between the thre 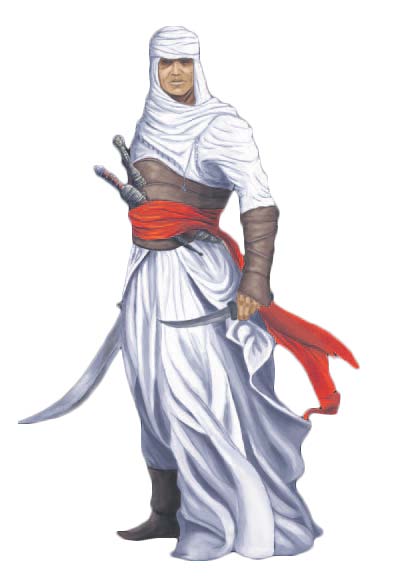 e lays this account open to controversy, Nizam al-Mulk asked Hasan-e-Sabbah to become his governor when he was assigned as grand vizier. However, Sabbah had set sights on al-Mulk's position - he requested a position in the palace. As might be expected, the two were at odds. Hasan-e-Sabbah was the son of a Persian Shiite man of God. As time went on he followed the doctrine of Batiniyyah, adopted by the Fatimid Empire. "Batin" refers to the inner meaning of the Quran. It adopts the belief that the Quran has both a hidden and an apparent meaning.
The Batiniyyah school of thought alleges that people can acquire truth only from the infallible Imam. Furthermore, it adopts the concept of reincarnation and the belief that both heaven and hell exist in the material world. The followers of this sect did not refrain from any "harams" - Islamically prohibited practices.

The Batiniyyah, also referred to as "Ismailis," recognize as one of the great imams, Ismail, the grandson of Ali, who was both the cousin and son-in-law of Prophet Muhammad.

At that time, Muhammed bin Ismail es-Sakir, founder of Ismailism was the seventh Imam of the Shi'a succession and his son would be the next. Batiniyya draws its origins from different religious branches and well-known philosophies such as Judaism, Zoroastrianism, Pythagorainism and Philonism. There are some historians who claim that such religious sects that were unable to destroy Islam by the sword, attempted to impose internal pressure.

Thanks to his nine-year-long campaigns in Iran, Hasane Sabbah gathered many supporters. At first, Malik-Shah, Emperor of the Seljuk Empire, wrote a warning letter to Sabbah. When Malik-Shah couldn't be suppressed, Sabbah sent his armed forces against him. Killing many government officers of the Seljuk and Abbasid Dynasty including Nizam al-Mulk and, presumably, Malik-Shah, Sabbah did not leave the letter unanswered. He occupied a few fortresses including the Alamut Castle. Sabbah believed that the reality behind all existence could be acquired through abiding by the rules of the Imam. Therefore, learning the sciences was prohibited. He said, "The closer one is to 'Zahir' [the world of form], the less one can understand the 'Batin' [hidden meaning]." Their main principle was to eliminate all people against the Batiniyyah. Sabbah was told to drug his soldiers with hashish, lead them to a paradise because it caused them to hallucinate. Assigning homicide orders as a religious task, Sabbah's soldiers were used as assassins. This group of assassins was named "Hashshashins." In European languages, the term "assassin," used to describe a murderer, originates from Sabbah's military forces. 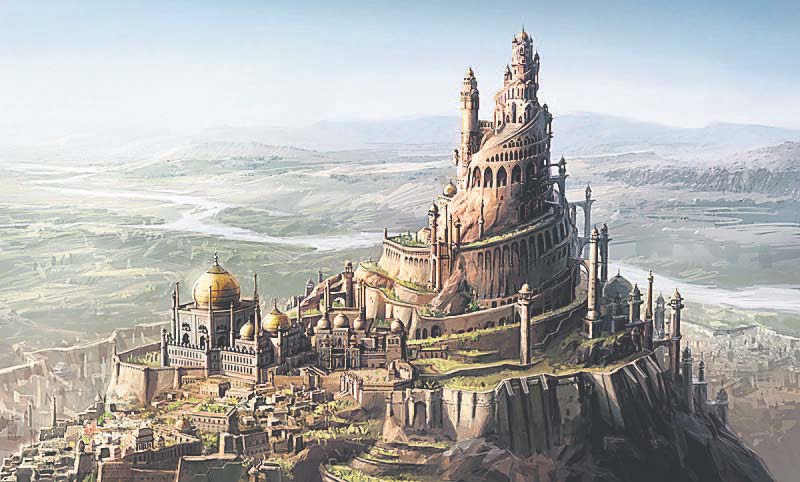 The emperors of the Seljuk Empire fought with the Assassins for many years, however they failed. Sabbah forced one of the emperor's female slaves to place a dagger and a threating letter under his pillow. The emperor Ahmad Sanjar had no chance but to negotiate with Sabbah. The Hashshashins expanded through Mosul and Diyarbakır. Nobody had the courage to go out without wearing armour. Good at communicating by means of pigeons, Sabbah communicated with the Crusaders and supported them against the Sunnis. The Hashshashins were the most destructive force that weakened the Seljuk Empire and threatened Turkish-Islam integration. Scholars describe those years as the damned era.

Hasan-e-Sabbah was a smart, gifted and organized man with knowledge in various fields including mathematics.

Furthermore, he was described as a fair, religious, critical and long-suffering man who killed his two sons because one of them drank wine and the other was a murderer. His most powerful weapon was loyalty and discipline. Sabbah's principal objective was not focused on religion, but rather to destroy political and social structure. In the light of the fact that his supporters were fully motivated, the Hashshashins were a long-lasting military group. Besides, the "garden of paradise," which were built in Alamut, is only an imaginary account of historians or travelers such as Marco Polo, who never visited the place.

Hasan-e-Sabbah died in Alamut in 1224 when he was 80 years old. Unfortunately, most of his works did not survive.

The military forces of Mongolian ruler Hulagu Khan sent a thief to catch a thief, capturing the Alamut Castle and eliminating the Hashshashins in 1256. Those who fled to Azerbaijan and Anatolia, spread the Batiniyyah belief under the name of "Hurufisim." After many years, they infiltrated some Anatolian dervish lodges and trained Ismail I, the founder of the Safavid Dynasty. Nasiruddin at-Tusi, the last vizier of the Hashshashins, entered Hulagu Khan's service. Among the Imams of Alamut, only Hasan III was Sunni. Bringing down the Fatimid Empire in 1771, Salahaddin, founder of the Ayyubid Dynasty, re-expanded the Sunni denomination in North Africa. According to historical accounts, a group from the Fatimid dynasty went to Sicilia and secretly carried out their practices. They were reported to have created the prototype of mafia. Indeed, it is argued that its etymological origin comes from the word "mahfiyye" (secret) and Knights Templar and Masonry were inspired by the supporters of Batiniyyah.

Various European scholars are interested in the history of Hassan-e-Sabbah and Hashshashins. They are the subject of many novels and movies. Although the assassins of Sabbah are considered the descendants of today's extremist Muslim terrorists, it should be noted that the principal targets of the Hashshashins were actually Muslims.

The dynasty of the last Hashshashin Imam Ruknuddin survives today as a small tribe in southern Iran. In 1838, Agha Khan I took shelter in India when he was defeated during an uprising in Iran. He bought a farmhouse in Bombay and was recognized as the prince of Ismailism in India under the rule of the United Kingdom. His ancestors are among the wealthiest people in the world. Agha Khan supported the dominance of the United Kingdom in India, acquiring a diplomatic mission. Agha Khan III, who was popular in celebrity magazines and the Mediterranean beaches, wrote a letter to İsmet İnönü, the second president of the Turkish Republic, about the abolition of the caliphate.

He was the last Batini who attempted to bring down Sunni Islam. His son Ali Khan married Hollywood artist Rita Hayworth. Kerim Agha Khan IV, who was a wellknown architect, is the present leader of the Batiniyyah.