"Not all those who wander are lost" 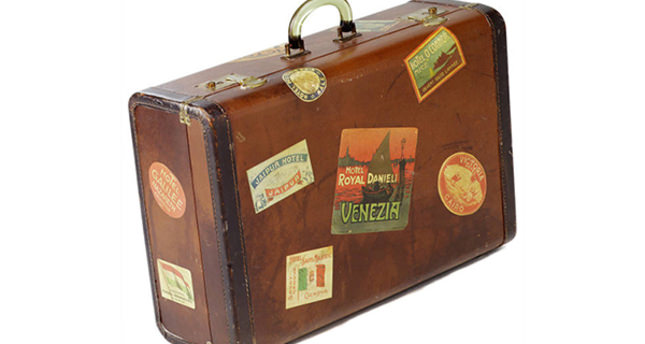 Migration isn't, just about relocating from one place to another. It is about the opportunities that a new land brings to a new life

ISTANBUL — From the beginning of time people have moved around. They have migrated from one place to another for various reasons, often moving to countries with a high standard of living and prosperity, and in the rare case of those who wish to escape the hustle and bustle of the city, to a more natural setting. Other reasons may include economic, social, environmental, political or, in extreme cases, to seek refuge. Some are drawn by the "pull" factors: a better offer of some sort - higher employment, more wealth, better services, good climate, more safety, less crime, political stability, more fertile land, lower risk of natural hazards - while others leave based on "push" factors, survival and lack of services and safety, high crime rates, crop failure, drought, flooding, poverty and war. Turks living abroad currently account for more than 5 million people. Approximately 4 million of those live in Western European countries. The first wave of Turkish "guest workers" left with the goal of earning enough money to then return home and start a small business. Most guest workers left their families behind in Turkey and set off to gain some capital. In order to facilitate and regulate the movement of laborers and meet the needs of employers and workers, Turkey signed Labor Force Agreements with destination countries, beginning with Germany in 1961, followed by Austria, Belgium, the Netherlands in 1964, France in 1965 and Australia in 1967.

The status of Turkish immigrants in Western European countries shifted from temporary to permanent at the beginning of the 1970s.

The immigration of Turkish workers into Western Europe continued until 1974. It wasn't until 1974 that the Turkish labor force changed its destination toward North Africa, the Middle East and Gulf countries. And following the disintegration of the USSR, the labor force was directed toward the Russian Federation and Central Asia. As a result, the Turkish economy opened up to the world and Turkish contractors began undertaking infrastructure projects in the region. Today, the major part of the Turkish community abroad is permanently residing in host countries and has obtained the citizenship of those countries. The population of these Turkish communities is increasing mainly from family reunification and the relatively high birth rate. The Turkish community has contributed significantly to host countries' political, social, cultural and economic life, not only as blue-collar workers but also as professionals such as academics, scientists, doctors, journalists, engineers, lawyers, entrepreneurs, artisans , politicians, athletes et cetera. Many members of the Turkish community have established private businesses.

The number of companies established by Turkish businessmen in Western Europe has risen to approximately 140,000 - 70,000 in Germany.

We moved to Australia in hope of a better future. We were informed that Australia was a new country with lots to offer.

We initially intended to make some money and return home to Turkey but as our family grew, life consumed our plans. The children started school, then university and we found ourselves living in Australia.

Although we are oceans and seas away from our homeland we still consider ourselves Turkish. My entire family has dual citizenship.

I want my children to know that they can return to my home if they wish. I have raised my children to speak the language, eat the food and know the culture. We still have ties with Turkey as my sisters and mother are there. We make an effort to visit them at least every few years.

We moved to Canada in 2002 when I was 10 years old in order to improve our living standards. We used to live in Denizli where there weren't that many job opportunities for my father to take care of our growing family. My uncle was already in Canada and suggested we go there for a better education, more job opportunities and a better future. I have maintained my Turkish identity through constantly speaking Turkish at home with my parents and siblings. We also bought a satellite to watch Turkish television at home, and I tried my best to keep up with my friends through the use of the Internet and social media. Throughout school and university I tried to write essays and pieces about Turkey as I majored in social sciences and have attended Turkish cultural events including festivals, Eid celebrations, and others.

Homesickness is one of the consequences of living abroad. I always have a yearning for Turkey and miss everything about it dearly. On the other hand, it is also difficult to be with your loved ones during celebratory times or sickness as distance is a huge problem. Time zone differences could also be a negative factor as there are seven hours between Canada and Turkey and makes it difficult to communicate with our families, friends and relatives. However, smartphones and the Internet ease such difficulties as it is much easier to keep in touch with loved ones now than it was 10 years ago. Turkish citizens living abroad are under the responsibility of the Directorate General for Consular Affairs.

In addition to traditional consular services, the ministry closely follows the problems of Turkish citizens in an effort to prevent them from feeling isolated and encourage and support their participation in their host society.