Turkey tweeting at a rapid pace 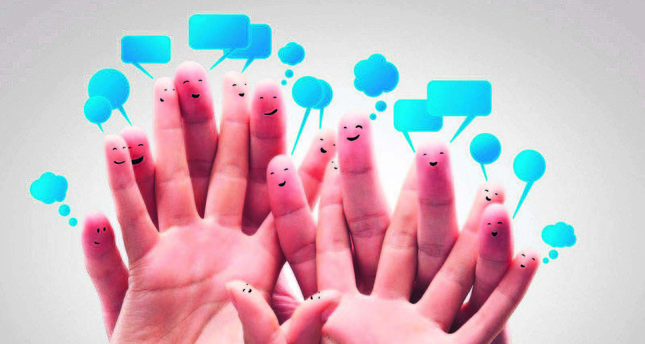 In the headlines over a temporary ban and failure of the company to abide by Turkish laws, Twitter has become a phenomenon in Turkey. Of the 9.6 million current Turkish users, 53 percent are women

ISTANBUL — The concept of social media has become indispensable in our daily life with the recent advances of the Internet and smartphones. The most popular rising star of this new communication platform that we have readily accepted - and somewhat helplessly become inseparable from - is Twitter. You may even read this feature on Twitter. Alternatively, you may have proposed to your wife or learnt the most important news via this social networking site. Indeed, Twitter is a limitless communication and sharing platform which is multi-dimensional but threating at times.
Let's have look at Twitter users in Turkey and what they talk about most. Leaving aside the common chitchat, it's pretty clear that everybody has given up on writing letters. This feature is devoted to analyzing the reflections of this massive communication pool in Turkey with reference to specific figures.
Created in 2006, Twitter has influenced almost the whole world and, importantly, the target audience swiftly broke its ties with traditional communication with the arrival of Facebook in 2003.
It appears that the outbreak of active users in Turkey reached its peak in 2013, a year that saw significant social occurrences and politico-economic developments.
In light of last year's figures released by social media monitoring organization Monitera, there are currently 9.6 million Twitter users in Turkey. Interestingly enough, 53 percent of these users are women, while 47 percent are men. Moreover, there was a considerable increase of 33 percent in user numbers between 2012 and 2013, which means more than 1 million new Twitter users. Of this number, 4.3 million are regarded as active Twitter users who tweet almost every day. In other words, half of Twitter users in Turkey prefer to follow the news rather than share something or post comments on other tweets. Turkey-based Twitter users post an average of 8 million tweets per day, which demonstrates an increase of 470 percent compared to last year. As mentioned before, the impact of social media's role on social events and political demonstrations was rather significant in 2013. In this respect, Twitter turned into a means for mass political media and propaganda in Turkey subsequent to Obama's phenomenal Twitter election campaign. In short, it is now impossible to disregard Twitter's importance, which penetrates our lives based on - to some extent - trial and error. The statistics also show that posting tweets is not the most preferred form of communication on Twitter. Photo sharing comes first with 61 percent of total shares on Twitter, followed by videos, location notifications and news. Contrary to popular belief, individual oral communication does not take up too much space on Twitter. In addition to this, the trending topics on Twitter vary significantly depending on what's happening in the world. While politics comes to the forefront on weekdays, league matches is the favorite subject on weekends. It is also seen that users are more willing to post 370 percent more than last year. The most dense tweet flow is observed between 10 p.m. and 11 p.m. At this hour, Twitter users in Turkey post nearly 100 tweets per second in Turkey.
Although there is not any comprehensive statistics about the age profile of Twitter users, it is known that 50 percent of users are between the ages of 19 and 25. Furthermore, 70 percent of them use Twitter via their smartphones or tablet PCs.
Facebook and Twitter have become big global markets with advertising and marketing capital worth millions of dollars. Therefore, social media users are now the potential customers of this big market surrounded by advanced and comfortable technological opportunities.
We are not even aware of the profit made from us. This new toy of capitalism, which unwittingly enables us to share and store every kind of personal information, is successfully marketing our data in aesthetics ways. I know it is pathetic, but the old letters have unfortunately lost their purity. Communication is not merely communication any more. By the way, please RT this feature on Twitter!