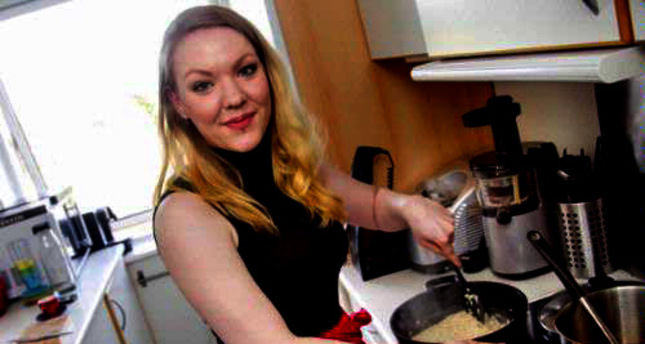 Dinnertime is often a rather stressful time of the day and deciding what to cook is as easy as solving the problem of world hunger. Kasper Kraegpoeth, the cofounder of Dinnersurfer, has the solution with his online home cooked website

COPENHAGEN — A Danish website is turning private homes into take-away restaurants by letting users advertise what they are cooking, when and for what price.

"Sometimes I only put one serving up for sale, sometimes up to 20. It depends on what I'm making and how much time I have," said Ana Teresa Salas, a 32-year-old consultant from Copenhagen.

The website, Dinnersurfer.dk, is sometimes described as a restaurant version of the popular lodging site Airbnb, on which homeowners make their spare rooms or unoccupied dwellings available to paying lodgers for a fee. And just like on Airbnb, the cost to consumers is often considerably less than if they had used a professional service with the added benefit that many of the homemade dishes may be healthier than the greasy fare typically available at take-out counters.

"It sounded exciting. I make food for my family every day anyway, and I always make too much," said Salas, who sells her food on the website two to three times a week.

"On weekdays I try to make food that's healthy, without too much starch and fat," she added. On most days she makes food inspired by her father's Argentinian background, which she sells for 35 kroner ($6.50, TL 13.8) per serving to her customers, most of whom are young and single. "When I make healthy dishes it's mostly women, and when it's pasta and so on it's mostly men," she said. Since being launched in February, the website has attracted 2,900 members, of whom 460 are registered as cooks, meaning they sell food.

Nearly all of them live in Denmark, where the website is especially popular in the trendy Copenhagen neighborhoods of Noerrebro and Vesterbro, but the site's founders are hoping it will go global after recently launching an English-language version. Earlier this month, another Danish take-away website, Just-eat.com, which allows users to order food from 36,000 restaurants in 13 countries, was valued at 1.47 billion pounds ($2.47 billion, TL 5.27 billion) when it was floated on the London Stock Exchange 13 years after being founded.

However, feeling peckish one night, the team behind Dinnersurfer made up of two business students and a computer programmer felt that regular take-away wasn't what they were looking for. "We were working quite late on another project and we were eating a lot of fast food, which we were getting really tired of," said co-founder Kasper Kraegpoeth. "Where we were working, we could see a lot of other people cooking their own food and we thought: 'Why can't we just buy some of their food?' "We thought it could be a fun idea if there could be a service that allowed people who want to sell food to find people who want to buy food. That's how we came up with Dinnersurfer," he said.

Kraegpoeth's last order was a chicken tikka masala for 30 kroner ($5.5, TL 11.8). "And that was with rice and naan bread," he noted. The site recently added a function that allows cooks to register a signature dish which they are good at making, and the possibility for members to register their interest so that they know when it will be available. Otherwise, the only way of knowing what is on the menu is to check the website in real-time. A mobile app is currently being developed to facilitate ordering on the go. But not everyone is convinced that ordering food from strangers online is a good idea.While the Danish Ministry of Food, Agriculture and Fisheries regularly publishes inspection reports from the country's restaurants, Dinnersurfer's cooks operate without any supervision. On one Danish Internet forum, users questioned how buyers could know whether hygiene standards were being upheld and how the origin of the food could be verified.

"We don't supervise the cooks, but through our ratings system you can see if they have received good or bad reviews," Kraegpoeth said. "So far we haven't heard of anyone getting sick," he added. On its Frequently Asked Questions page, the website has a mere two lines on tax regulation, telling users to check with the tax authority's website if they have any further questions. "It's up to the individual user to pay the right amount of tax," Kraegpoeth said.

So far, most sellers appear to be amateurs with little interest in turning their hobby into a fulltime profession. "I relax and I feel creative," said Salas, the consultant. "It's not my goal to make money from this. I think it's fun, and at best it will make my own food a bit cheaper," she added.
Last Update: Apr 21, 2014 11:48 pm
RELATED TOPICS