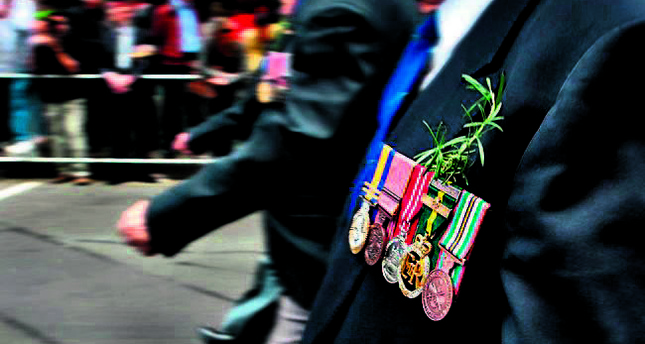 Anzac Day, which stands for Australian and New Zealand Army Corps Day, is when Australians the world over commemorate the day their arrived in Gallipolli

ISTANBUL — Having only been a federal commonwealth for 13 years, Australia was eager to establish a reputation for itself among the nations of the world. When World War I broke out in 1914, Australia joined forces with New Zealand in 1915 and formed part of an allied force to capture Gallipolli, the capital of the Ottoman Empire at the time, with the intention of opening the Dardanelles to the allied navies. 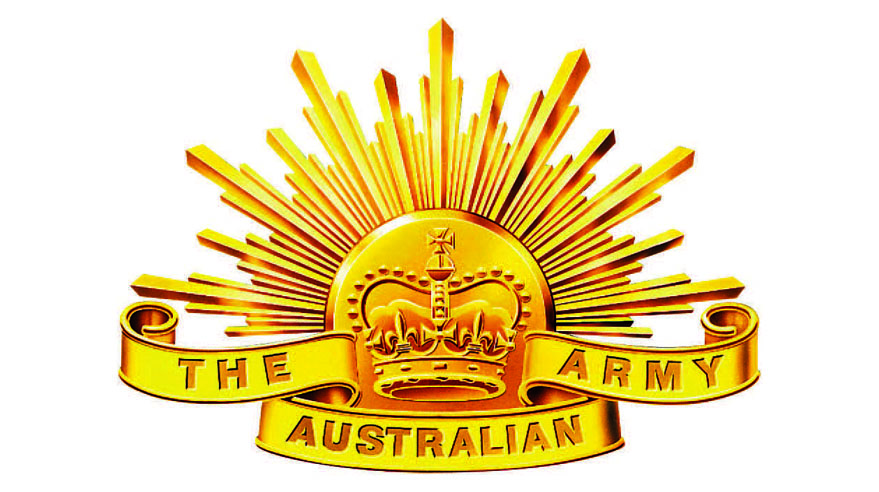 Landing in Gallipolli on April 25 and hoping for a quick and clean victory, the Australians were caught by surprise when they were faced with fierce resistance from the Ottoman defenders. The campaign lasted eight months and by the end of 1915 44,000 soldiers from France and the British Empire and 8,500Australians and 2,721 New Zealanders had become national heroes. The army then withdrew and returned home. Although the Australian army was not victorious, the actions of the Australian and New Zealand soldiers ensured that they would be honored as Anzac legends. On April 25, 1916, the day was officially marked as Anzac Day for Australians all around the world.

By 1920, Anzac Day was established as a national day of commemoration for the 60,000 Australians who died during the war, and in 1927 the state observed April 25 as a public holiday. By the mid-1930s all rituals to remember the Anzacs were firmly established.

- The Dawn Service: The dawn service is a reminder of the "stand to" which was a military routine during the war. During battle it was performed at half-light when the enemy preferred to attack. Soldiers that were in defensive positions were awoken so by the time the first light broke the day, soldiers were awake and manning their weapons.

They were alert and ready for defense. The "stand to" was also repeated at dusk as this was another preferred time for attack. Once the soldiers returned home after the war, they sought the comradery they experienced on the battlefield fighting for their lives and the men they stood side by side with. Those quiet moments when they could hear themselves breathe, the peaceful moment just before dawn, the "stand to" became the dawn vigil.

The dawn service was originally restricted to veterans and performed in a rather simple manner.

The gathered veterans were ordered to "stand to" and a two-minute silence was observed. A lone bugle would play "The Last Post" and then conclude the service with "Reveille," the bugle's call to wake up. Today, families and young people are encouraged to attend the services, which draw large crowds especially in the capital cities.

- The Anzac Day Ceremony: The Anzac Day ceremony begins at 10:15 a.m. sharp at the Australian War Memorial. The ceremony includes an introduction, hymn, prayer, address, laying of wreaths, recitation of "The Last Post," a period of silence, either the "Rouse" or the "Reveille," and the national anthem.

After the memorial ceremony, families often place red poppies beside the names of relatives on the memorial's roll of honor, as they also do after the Remembrance Day service. The Anzac parade follows for returned service personel, who wear their medals and march behind banners. The veterans are joined by other community groups, including members of the armed forces, the Red Cross, cadets, and veterans of other countries' forces. The prime minister and the governor general are often present at the ceremony.

A short service follows with a prayer, hymns (including Kipling's "Recessional" or "Lest We Forget") and a dedication that concludes with the fourth verse of Laurence Binyon's "For the Fallen": ''

They shall grow not old, as we that are left grow old:
Age shall not weary them, nor the years condemn.
At the going down of the sun and in the morning
We will remember them.
RELATED TOPICS