Already tense standoff between Russia and West heats up 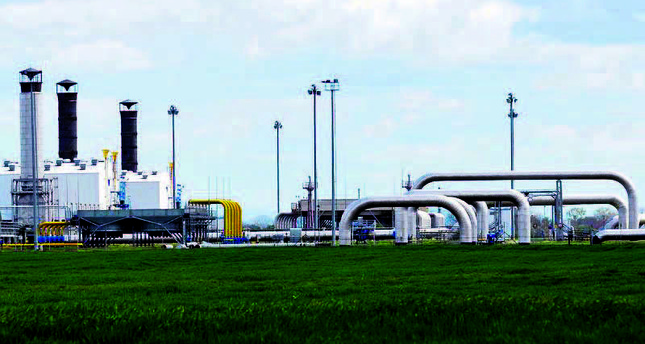 Following the annexation of Crimea, the significance of natural gas on the geopolitical chessboard has dramatically increased. The main players, Russia and the West, are now maneuvering to not only assist their allies, but to control regional energy supplies well into the future

ISTANBUL — With temperatures dipping as low as minus 40 degrees Celsius, Russian gas supplies are vital for the Ukrainian people.

And inevitably, the fact that Russia is the main supplier of natural gas for Ukraine means Moscow has the power to affect the nation's politics. After a wave of demonstrations and civil unrest in Ukraine, which began on the night of Nov. 21, 2013 with public protests demanding closer European integration and culminated in a coup d'etat of the reigning pro-Moscow Ukrainian government, Russia retaliated by annexing Crimea.

Ukraine has become a new and important space on the Eurasian chessboard since then. People in search of a metaphor to describe the difficulty of coping with Russia these days often describe Vladimir Putin as playing chess, while the West plays some less-complicated type of game.

After Ukraine's pro-Moscow President Victor Yanukovych was ousted by pro-Western "Maidan" protesters, the U.S. and EU have made a big show.

The U.S. House of Representatives overwhelmingly passed a measure that will fast-track $1 billion (TL 2.12 billion) in loan guarantees to Ukraine.

The EU offered a larger-than-expected package of aid to Ukraine last month, saying it was willing to provide $15 billion in loans and grants over the next several years to help get the shattered economy back on its feet.

Russia's move to this was dramatic. Since Yanukovych was overthrown two months ago and replaced with a pro-EU leadership in Ukraine, Russia has nearly doubled the gas price it charges to the country, removing the large subsidies it previously offered.

This represents a big blow to the cash-strapped Kiev government. At the same time it also threatens Europe's gas supply. Russian President Vladimir Putin warned Europe that the flow of Russian gas supplies to the continent could be disrupted if Ukraine does not pay the huge amount it owes Russia in unpaid gas bills. Putin pointed out that this could have knock-on effects for EU countries, many of whose Russian gas flows in pipelines across Ukraine. Responding to the gas threat, the U.S. accused Russia of using energy as "as a tool of coercion" against Ukraine. Russia meets 30 percent of Europe's natural gas demand and half of this goes through Ukraine. 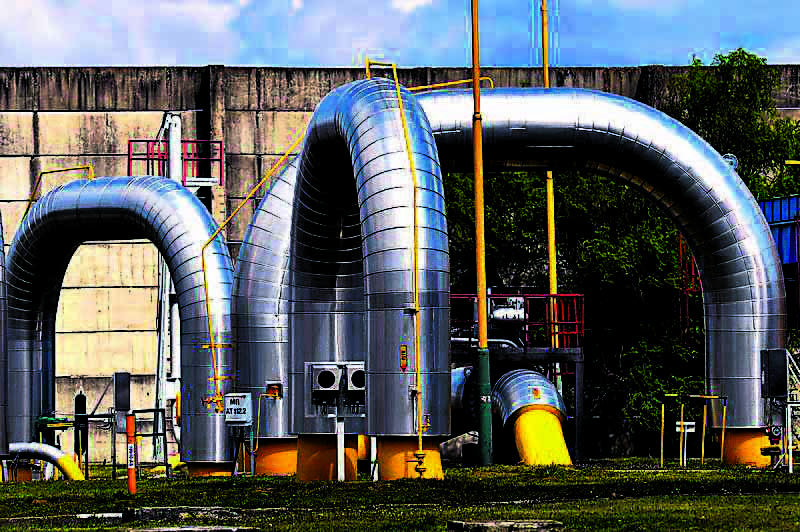 State-controlled Gazprom stopped pumping gas to Ukraine during price disputes in the winters of 2005-2006 and 2008-2009, leading to reduced supplies in European countries.

So, Europe began to mull the alternative methods of securing gas supplies. Following Russia's annexation of Crimea, talks between EU leaders in Brussels in March focused on how Europe can make itself less reliant on Russian gas pumped via Ukraine.

Europe has a range of options to shore up its energy security and cut dependence on Russian supplies, including asking the U.S. to export more gas and working with Iraq, a British government document said. The EU has however already taken steps to diversify its energy sources in response to previous crises when Russia cut off supplies to Ukraine.

It has backed a new link, the Trans Adriatic Pipeline, to import gas from Azerbaijan and has improved infrastructure to allow gas to be pumped from the EU into Ukraine, rather than the other way round. But analysts say that if Russia turned off supplies for any length of time, Europe would still face major problems.

That is because Russia is to natural gas what the Middle East is to fossil fuels. During the reign of the former USSR, countries such as Slovakia, Bosnia and the Ukraine became dependent upon natural gas. As a result, natural gas is a favorite chess piece of Russia's to play to get what it wants.

Since wealthy countries like Germany are so dependent upon Gazprom's resources, the prices of their merchandise could also increase.

However, in the event that Europe finds alternative gas routes or sources like shale, Russia is preparing another move. On the Arctic tundra far to the north of Moscow, Russia is charting a course away from the West and towards Asia.

In Yamal - which in the local Nenets language means "the end of the earth" - a $27 billion liquefied natural gas (LNG) scheme is assuming major political as well as economic significance.

The project fits well with a more aggressive eastward push by Moscow since the U.S. and EU imposed sanctions over its annexation of Crimea from Ukraine last month.

Instead of sending gas by pipeline to longstanding EU customers, Russia aims to ship LNG from the remote Yamal peninsula by sea largely to Asian buyers such as China, which has avoided confronting Moscow since Russian troops took control of Crimea.

Meanwhile Israel's drive to export its newfound natural gas could help to rebuild strained ties with old regional allies Egypt and Turkey, but could deprive Europe of a precious alternative to Russian gas. Israel has in recent months signed energy deals with Jordan and the Palestinian Authority.

Israel's new plans throw Europe's dreams on alternatives to Russian gas into doubt. Because Israel plans to export gas by pipeline and through several floating LNG production plants, which cool gas to liquid form, so they can ship it to the world's largest markets. Its strategic realignment effectively places a tantalizingly close new gas province out of Europe's reach. Egypt offers a way for the U.S.-Israel group of companies developing Israel's giant Leviathan gas field to reach the Asian market, where LNG fetches about twice the price Europeans pay. In short, the Crimean coup is payback by Putin for Ukraine's revolution. And the biggest leverage in Russia's hands is natural gas supply.

Europe and the U.S.'s leverages may be shale gas, natural energy sources such as wind energy or solar power. All of this presents the West with one of its biggest crises since the cold war.
Last Update: Apr 24, 2014 1:52 am