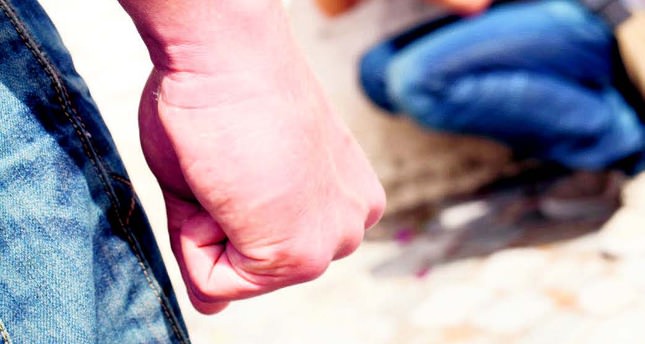 Bullying is a specific kind of violence or agression that should be differentiated from other types of agression or violence. Bullying is the type of aggression in which one or more than one person continuously causes harm to someone who is unable to defend themself

ISTANBUL — BULLYING at home and at school are important factors in developing personality disorders and is not limited to physical violence but also involves verbal, social, sexual and material components that need to be tackled seriously.

When we get to the bottom of aggressive behavior, it appears that peer bullying among students is as harmful as bullying at home. Unfortunately, schools have turned into places where bullying has been legitimatized and become an ordinary issue.

There are different dimensions of school bullying. School teachers are one of the main instigators commonly discussed in research circles. However, school bullying is not merely limited to the use of force by teachers. Students also bully each other. Bullying among students is somewhat underestimated and inaccurately considered necessary for individual development.The trauma emerging from aggressive domination over others causes personality disordes and has an adverse impact on people
lives, both consciously and subconsciously.

To begin with the definition of bullying, associate professor Metin Pişkin from Ankara University gives a comprehensive definition: "Bullying is the type of aggression in which one or more than one person continuously causes harm to another on purpose, who is unable to defend himself or herself."

Let's have a brief look at the types of peer bullying.

Physical violence: There are many different types of physical violence including pushing, poking, kicking, spitting, hitting, biting, pulling ears, tripping, attacking with sharp objects, threatening with guns and putting a sharp object on a person's seat or throwing an object at a person.

Social violence: Social exclusion is another type of bullying. Students may exclude or ignore the other during games or interrupt when they speak. Alternatively, one student may complain about another, make unfair complaints or write insulting words.

Sexual violence: There is a wide range of sexual violence, including touching for sexual purposes, verbal sexual abuse or harassment with hands, using sexual words, forcing someone to remove clothes, spreading sexual rumors or rape.

Although peer bullying has become a common problem in society, it is underestimated for different social and cultural reasons. It appears there are some common fallacies in producing social judgments on bullying.

Denial and underestimation: Some school principals are indifferent to bullying, saying, "We have never witnessed such incidents in our school." In terms of social impact, bullying is considered not too serious. However, Pişkin says 26 percent of primary school students are exposed to physical bullying, while 34 percent suffer from verbal harassment.

Education: It is entirely wrong to recognize bullying as a natural part of personal development.It is therefore not recommended to say, "Bullied students have the ability to overcome the difficulties of daily life," "Such students suffer, however they develop much quicker," or even "They will soon forget it."

Enjoyable: Please do not consider bullying as innocent joke students make toward each other or blame them by saying, "They only went too far, nothing else."

Ignoring: There is a tendency for students who complain about bullying are despised and described as "mama's boys." Their complaints are generally disregarded and the bullying is ignored.This practice isolates students from their social environment.

Blaming the victim: The other common fallacy is that student victims deserve the bullying.In other words, victims are pushed into sharing the other'-s guilt.

Leave it to time: Peer bullying is also regarded as one of the common problems that emerge during the adolescent period. People assume students who bully become "wiser and quiet" when they grow up. Some research demonstrates a significant number of these people continue to use violence when they become adolescents.

Sexual discrimination: Bullying does not merely occur among male students. Research indicates the level of violence among female students should not be underestimated.