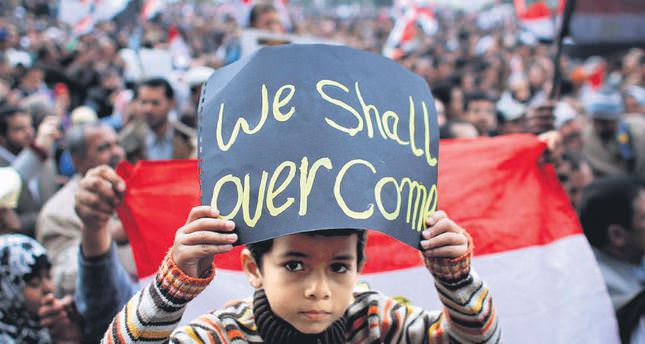 "I want the state to rise up for the sake of the individual's political, social, economic and humanitarian rights. I don't want anyone to face irreversible injustice." – Bassem Sabry

On April 30, Egypt lost a determined, eloquent voice that connected its struggle for democracy to the rest of the world. Bassem Sabry, a blogger and civil rights advocate who emerged from the January 2011 revolution died in Cairo at 31 years of age.

His analyses of the revolution in Egypt over the last several years resonated with people all over the world. News of his death sent shockwaves throughout social media as many as 115,000 of his followers wrote eulogies and paid tribute by sharing how his words impacted them. The most retweeted of Sabry's words were, "The most painful death is the death of hope." Among those who remembered Bassem's work was U.S. Secretary of State John F. Kerry who also offered condolences to his family.

Sabry's work won praise for his ability to stay neutral in his analysis amid highly polarized times in Egypt, regardless of what his personal preferences were. He wrote for The Guardian, Foreign Policy Magazine, Al-Ahram and a slew of other outlets. His own blog was titled, "An Arab Citizen."

In an article he wrote for an online news website, Yanair, he wrote, "I want to live in a country with real freedom in thought, faith and expression. I want the state to rise up for the sake of the individual's political, social, economic and humanitarian rights. I don't want anyone to face irreversible injustice. I want the rivers of blood to stop."

The Tahrir Institute for Middle East Policy, a D.C. based nongovernmental organization, on Friday announced a fellowship in his honor that "aims to further the causes and principles Sabry believed in."

Ahram Online, the English website of Egypt's largest news organization, one of the publications Sabry wrote for, compiled some of his articles to commemorate him. In one opinion piece from almost two years ago Sabry wrote: "I lived my childhood believing that Egypt was the centre of the universe … that Hosni Mubarak was the greatest president in the world as they had written in Al-Ahram and said on Channel one. And I believed that there could not be other good people other than those who shared my beliefs. "Then I voyaged, and my tongue spoke 12 languages, and my ears heard 120. I have seen Europe, America, India, China and the Arab countries. I have seen those who insult the presidents of their country in the media in the most developed of nations, and I have seen that society accepts it as a reasonable price for freedom."

In a eulogy that went viral online by Bassem's friend, H.A. Hellyer, Nonresident fellow at the Brookings Institution, "At a time when Egypt sorely needed voices that rejected destructive polarisation and mutual hatred, Bassem was one of the few that insisted on standing for far loftier principles. He believed in a better Egypt for all Egyptians - and worked tirelessly, often very quietly and without taking credit, in pursuit of that goal.

If you want to honour his memory, I suggest you do what he did: "Start building something beautiful, and just put the hate away."
Last Update: May 19, 2014 2:03 am
RELATED TOPICS