Australian Turks: A story about cultural missionaries and a fading objective 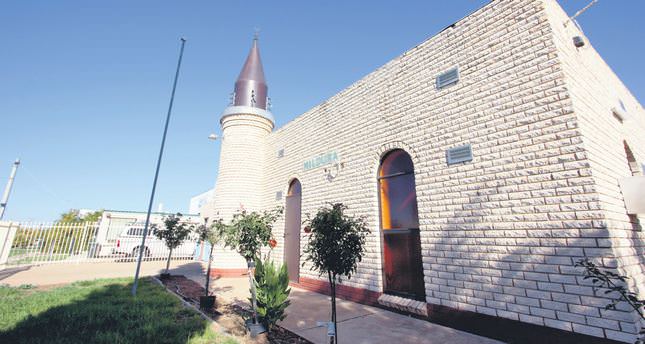 by Cameron Thomas May 21, 2014 12:00 am
In a small village, resting on the banks of Australia's longest river stands a lonely mosque. The hub of a bustling Turkish community, the Mildura mosque has evolved into a historical and cultural centerpiece for these espoused locals. Its life has mirrored its surroundings over the years and today, as the town has grown more cosmopolitan, worries have grown regarding its future caretakers.

Mildura is a very old town for Australians (established in 1887) but a very new town for Turkish people, the first of which migrated here about 40 years ago. A town renowned for its agricultural industry, Mildura is a massive producer of citrus, nuts and dried fruits. Over the years it has been a bastion for Turkish migrant workers who travelled to the area for the seasonal picking jobs as gainful employment in urban hubs was difficult to get on account of the language barrier.

The first influx of Turks to the region consisted of about 17 families and peaked at about 400 during the 1990's. Shortly after, in 2003 one of the largest droughts struck the area and many Turks who worked in agriculture were forced to leave the region. In 2010 the Turkish Islamic college (the region's only Islamic school) closed, pressuring the urbanization of even more Turks. Today the community fluctuates between 200 and 300 families hailing from various townships across Anatolia.

Memet Yavuz (68) was one of the first Turks to migrate to the Mildura region. Originally from Tokat, he came to Australia when he was quite young and settled in Sydney where he worked numerous jobs until 1978 when he decided to take up residence in the countryside.
Memet then began his mission to raise money to build a mosque for the burgeoning Turkish community in Mildura. He travelled to many cities and regional centers collecting money from Turkish locals until the first prayer room was completed in 1984. The mosque has been through many expansions and renovations since its establishment. Shortly after its construction a small Turkish giftware shop was built next to the mosque.

A local imam, Bayram Yılmaz (40) said that the Turkish locals would bring materials up from Melbourne, develop and resell them to consumers in the town. This raised money for the women's section of the mosque which opened in the early '90s.Over the years the mosque developed into a multicultural hub.

Murat Demir (33), originally from Bursa, moved to the region when he was eight years old with his family. He says the mosque "is like a community center, we don't come here just to pray," adding that the mosque, now with a large function room at its rear is being used for dinners, funerals and classes. "In Mildura this is all we have, so to be able to do everything here is a bonus," he said. In 2011 a Turkish government delegation came to visit Yılmaz. According to the imam they apologized on behalf of the Turkish government for neglecting the community in Mildura. The Imam said that since then the community has received four visits from the supervisor over the past four years (previous to the delegation there had been none). "It's good for the people here to know the government is behind us…but the mosque is central to all Muslims, not just Turks," the imam said.

The demographics of Mildura have changed rapidly in recent years, shifting with the swathes of people moving to this growing regional center. The Muslim population in the area is also growing as a result and with it the lines for prayer within the old mosque. The imam stated that "two or three years ago 40 or 50 were praying, all Turkish. Now it is 50/50." "We collect money for Pakistan, Myanmar and other countries…we need to open our eyes [to] other brothers, other countries," the imam said. The imam dreams of the community being one of the most active regional communities in Australia due to its size, geographic position and access to transport, making it one of the most connected regional communities in Australia.

Unfortunately the widening cultural and religious gap between the generation who migrated here from the Turkish hinterlands and their descendants may hinder the continuity of the community's traditions and the permanence of the young mosque. It is jarringly obvious to anyone who enters the mosque that there are few youth who frequent the establishment and unfortunately it is not school and daily duties keeping them from the center. Murat believes that technology dependency is the biggest thing affecting the youth in Mildura. He claims "once they're online, logged in, they are dead to the world." However Yavuz Kaya (28), a young Turk born and raised in the town seems to think there is something undulating among the Turkish youth in Mildura. "They have been Australianized," he said contritely. "It's hard to practice your religion here," he admitted, an admission felt by many Muslims in Australia one would fear.

When asked about the connection between the youth and the mosque he said, "there's hardly a connection to be honest with you." Yavuz reluctantly admitted that "there's a big gap between our fathers' generation and ours" even though he acknowledges having a great admiration and love for his father. Saeed Akyüz (68), originally from Aksaray, said that it was the fault of the fathers, exclaiming "we do something wrong, the fathers… they [don't] listen. You can't take them even if you pull them."

Many members of the community acknowledge what is happening within the town and regrettably this is not a storm in a tea cup. This is something many traditional cultures are facing at the moment throughout the world - an intergenerational disconnect. People need to think innovatively about their traditions and how they can be made accessible to younger generations not as cultural palliatives but as
identities built with understanding.
Last Update: May 21, 2014 1:05 am
RELATED TOPICS