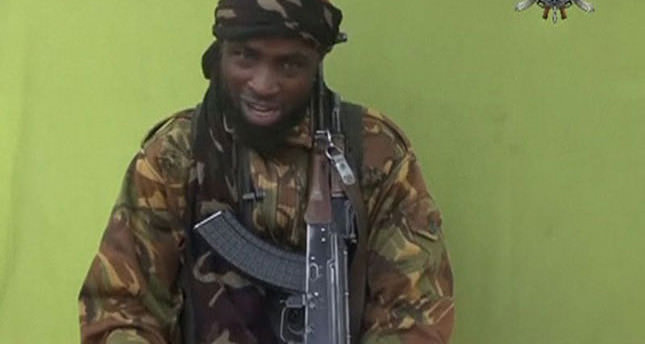 Violent attacks by Boko Haram, which is more a coalition than a a single group, have resulted in equally violent retaliation from the state. With the latest kidnapping of schoolgirls, Western troops have arrived but are viewed suspiciously by some

ISTANBUL — Boko Haram was officially founded in 2002 as a local movement by Mohammed Yusuf in the Nigerian town of Maiduguri. He first established a religious complex that included a mosque and a school where many poor families across Nigeria and from neighboring countries enrolled their children. The group has officially adopted the name "the Group of the People of Sunnah for Preaching and Struggle" but in the town of Maiduguri, where the group was formed, the residents dubbed it Boko Haram, loosely translated, "Western education is sinful," which would symbolize its strong opposition to anything Western corrupting Muslims.

"Boko Haram leader Mohammed Yusuf and many members were arrested in 2009 and killed in a brutal way while in police custody without standing court, this incident created a stronger Boko Haram and increased its followers," said Mufutau Olaleye, a Nigerian journalist and consultant on African affairs. "The group later became violent but only against the government misrule and corruption of police not Nigeria's people," he added. Amnesty International accused the Nigerian government in 2013 of human rights abuses after 950 suspected Boko Haram militants died in detention facilities run by Nigeria's military Joint Task Force.

"There are many Boko Harams now, the name had spread around and a lot of groups have used it after they launch attacks they say we are Boko Haram, there are even Christian groups calling themselves as Boko Haram!" Olaleye told Daily Sabah. Boko Haram as a name later spread to northern Nigeria, northern Cameroon, southern Niger and Chad. The first attack that carried the Haram name was in Borno, January 2011. It resulted in the death of four people. More than 1,500 people have been killed this year alone in attacks blamed on Boko Haram insurgents, most of which have taken place in the northeastern
Nigeria. 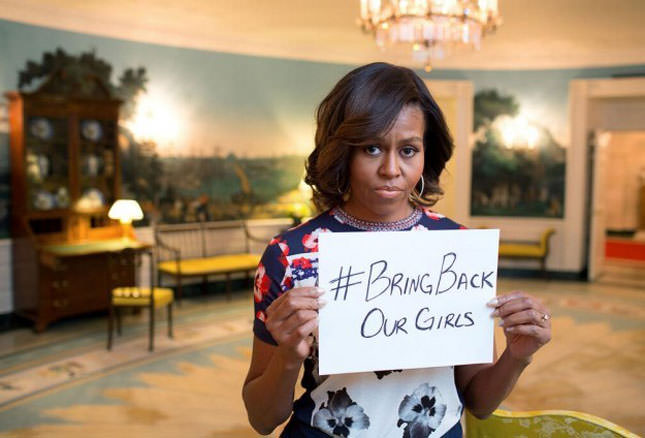 Boots on the ground in Nigeria

Nigeria, the world's seventhlargest oil producer, decided to allow foreign troops to join the search on the ground, sounding an alarm in Nigeria. Many Nigerian analysts and activists see the deployment of Western forces, including Britain, France, Israel, and the United States in Nigeria as a dream come true for strategists in the West.

United States
Nigerian President Goodluck Jonathan accepted an offer from U.S. President Barack Obama to deploy U.S. security personnel and assets inside Nigeria with the ostensible aim of rescuing the abducted girls. On May 19, U.S. Africa Command reached a deal with the Nigerian military for sharing intelligence gleaned from surveillance by American spy aircraft in the hunt for the schoolgirls abducted by Boko Haram.

United Kingdom
On May 18, the U.K. sent a reconnaissance aircraft to Nigeria to support the international search for the abducted girls. Meanwhile a team of British experts are in Abuja to support the Nigerian government in its response to the abduction the British Foreign Office has announced.

Israel
On May 20 Israel sent intelligence experts to Nigeria. The team included people experienced in dealing with hostage situations. Another Israeli counterterrorism team is due to arrive in Nigeria in the next few days to join the search in the country's northeast Borno State, the Nigerian presidency announced. According to the statement by Presidential Spokesman Reuben Abati, President Jonathan had an extensive discussion with his Israeli counterpart Benjamin Netanyahu who conveyed his country's sympathy and offer of support for Nigeria.

France
France also offered its help to the Nigerian government by sending experts and holding a summit on Boko Haram in Paris. World leaders and the Nigerian president took part in the summit after he cancelled a visit to the abducted girl's village for security concerns according to a government spokesman. 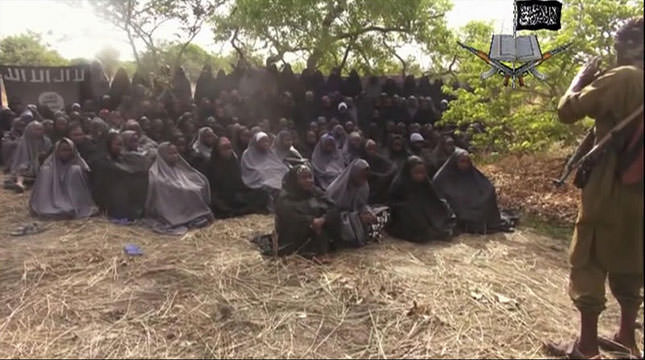 In a statement for Boko Haram the group allegedly threatened to attack two boysonly schools in Benue State, in the Mideast region of Nigeria, to marry them off to the abducted schoolgirls. In another statement the group said it will sell the girls for what is equal to $12 (TL 25). Some Islamic scholars said all these statements are aimed to misrepresent Islam.

"This is a state of creating chaos, a lot of statements are going around and it is creating an opportunity for American supervision over Nigeria. We don't want to be a new Iraq," Olaleye exclaimed. "Nigeria's Muslims are loving people and they all say that Boko Haram doesn't represent Islam, some groups calling themselves Boko Haram are even attacking Muslim scholars in Nigeria. Muslim people don't want Boko Haram."

The Islamic Circle of North America, the Muslim Council of Britain, the Organization of Islamic Cooperation and the Council on American Islamic Relations have all condemned the group's actions, while The Grand Mufti of Saudi Arabia Sheikh Abdulaziz Al al-Sheikh, a Sunni cleric, has described Boko Haram as misguided and intent on smearing the name of Islam.

On the other hand Amnesty International has claimed that the Nigerian government knew about the planned kidnapping of over 200 girls by the militant Islamist group Boko Haram. The human rights group says that testimonies they have, show that Nigerian security forces failed to act on advance warnings about Boko Haram's raid on the state-run boarding school. "Nigeria's government headed by Goodluck Jonathan is not strong enough to handle similar situations," Olaleye remarked.

The previous facts and the media frenzy surrounding Boko Haram cannot fully answer the questions of who exactly is behind the group or what is happening and will happen in Nigeria but rather can explain one thing in a nutshell, foreign boots have reached Nigeria."