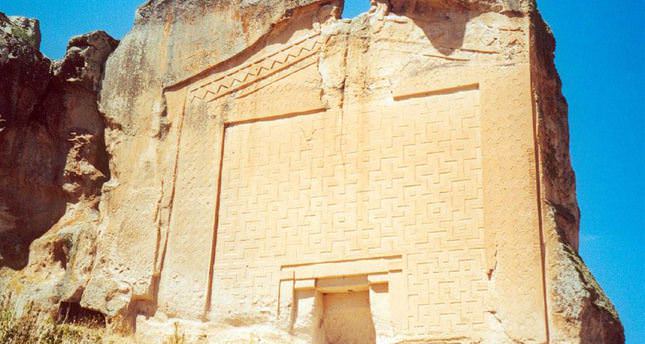 Every state in Turkey is different from the other, giving its travellers a surprising new experience. Eskisehir's not so old, quaint little towns and museums will surely leave you in awe

Located in the northwestern part of the Central Anatolia, Eskişehir translates to "the old city with the city trying to maintain a sense of tradition and ancient values.

Despite its name, it is a newly constructed area with the exception of the Odunpazarı neighborhood. Eskişehir is home to two of Turkey's biggest universities, Anadolu University and Eskisehir Osmangazi University, and therefore attracts a great deal of students, a center for creativity and life.

Eskişehir's highlight is its Porsuk river which flows for 44k km and overlooks the Phrygian Valley, making it Turkey's very own little Venice. There are small boats or gondolas that will take you on a short 15 min sightseeing tour of the river for TL 1.50

Midas City
Midas city was coined by W.M Ramsay who found a huge rock facade with the inscription "Midas City" on it. The city that dates back to the Middle Phrygian period contains many architectural terrecottas including monumental statues and painted pottery from Lydia and Greece. The idols, facades, niches and stepped monuments that are present suggest that the site functioned as a cultic center for the Phrygians. The door shaped entrance at the Midas monument is certainly a highlight. The dowel hole in the ceiling suggests that the niche once upon a time hosted statues representing the Phrygian mother Goddess.

Meerschaum
This little place is rather unique in structure and layout. Altihan, which was once known to be an Ottoman Inn, has a beautiful inner yard in which the locals set up stalls and sell handmade merchandise. Meerschaum is a soft white mineral which hardens once sculpted under heat.

The talented craftsman will use a special stone to carve almost anything from earrings and necklaces to tobacco pipes. The fine stone starts as an off white color and darkens with age, so the darker the object the older in age. To further your knowledge in meerschaum, you can visit the museum that is dedicated to it. Within it you will find handmade contemporary art pieces made from meerchaum.

Comic museum
Located at the Odunpazarı district, comic lovers will parade at this museum. The two-story building contains art that is often changed but also a room dedicated to local artists. Entrance is free but the wisdom is priceless.

Turkish Republic Museum
The small 1916 building that once belonged to the army has been restored and has been used as a museum since 1994 that is dedicated to the history of Turkish Republic. Numerous historical documents, paintings, pictures of Mustafa Kemal Ataturk all reside within the walls. The museum focuses on modern Turkey, once it gained independence, after the fall of the Ottoman Empire. Within the museum there are Ataturk's personal items like clothes, knives and coffee cups. Again, there is no entrance fee, but a world of information. The museum is open: weekdays 8.30-18.00 weekends 9.30-17.30 monday closed

Modern Glass Art Museum
This Glass Art museum that opened in 2007 is the first of its kind in Turkey. It exhibits the art of some of the finest and talented local and international artists. Çagdas Cam Sanatları Müzesi is a small but rather intriguing museum and free on entry.
Last Update: May 24, 2014 2:56 am
RELATED TOPICS