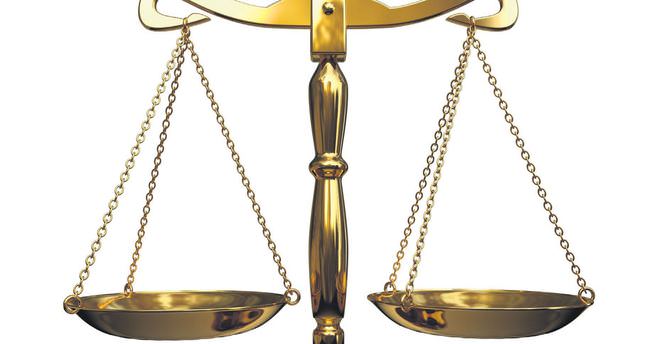 Polarization which is apparently so "rife" in Turkey also exists in America and Britain…indeed, in most other European countries

"Dear Abby I don't know what to do. I love my father very much, but he's been watching Fox News for several years now and he's been brain washed by its propaganda. And even though you and I know that recent studies have proven that people who get all their news from Fox News are the most misinformed people in the country, there is no convincing my father that they are telling him anything but the absolute truth. "I think that the majority of the leaders of today's Republican Party promote the vilest, most racist ideas to instill hate and fear in the citizens of this country.

I have watched them obstruct progress for the last three years and do everything possible to destroy the economy of our country in order to keep one man from keeping his job for another four years.

Sincerely, Lost Daughter" "Dear Abby, I am writing [sic] you in defense of the daughter's father. "He does watch FOX news channel and FOX Business channel but also spends most of his time reading articles published on Lucianne.com that publish articles from most of the large metropolitan cities, including NYT, Boston Globe, LA Times, SF Chronicle, Politico, ABC, CBS, CNN, NBC... "He is a believer in the constitution and the freedoms it provides us and its protection from [sic] government big and small. [He]… believes in the bill of rights especially the first and second amendments and reject [sic] the assault the current administration is making on both. He does not believe that the EPA has the right to impose rules and regulations that will kill carbon based energy sources."

Reading this, I realized, or perhaps, it would be more accurate to say, remembered, that the polarization which is apparently so "rife" in Turkey also exists in America and Britain…indeed, in most other European countries. The European Union elections have brought this polarization to the fore. The local elections in Britain emphasize this; while Labour wins at home, the UKIP, a party that is far-right and anti-immigration won in the European elections. The same country, in two different elections on the same day has elected parties at different ends of the political spectrum.

Contemplating what has happened in Turkey over the last year, it is clear that the two different sides of the coin here have not been properly portrayed. Unfortunately, readers in the West are treated to just one aspect, rarely getting a glimpse of the reality; everything is presented just as if it were coming of Fox News, no matter the actual political inclination of the media. Reports in Newsweek on Soma, the Times Dictator of the Year vote, a number of attacks from The New York Times, BBC and the Guardian have all given a very distorted view of what is happening in Turkey. Sometimes the Turkish reader wonders if the reality is not as they themselves perceive it, but as presented in these journals. But then I stumbled on the above correspondence and realized, this is not something unique to Turkey.

If not fully informed of the situation, first reading the daughter's letter, your heart goes out to the poor girl, with her reactionary conservative father. But then you read his, and you suddenly see his side (even if you may not agree with it totally). In short, both are justified from where they stand. Fox News reports for the father, and other news programs report for the daughter.

But the thing that made me wonder was that we, far away, have a much more balanced view of how America or England functions. When the British, French or German results in the EU elections are considered, we can see what the voters are reacting to. No one is reeling from shock that Britain is on the brink of civil war. True, the Labour Party and UKIP disagree on fundamental issues. America has the Tea Party and the Democrats; everyone realizes that the two do not agree on many important things like immigration, gun control or abortion. But these disagreements are not portrayed as polarization that is pulling the country apart.

Rather, they are perceived as reflecting the variety of different approaches in the country, and the result of true democratic process.
In Turkey, everyone would agree that the reforms to the health system have been positive. Everyone would agree that the economy has grown over the past 10 years, despite a global economic crisis. The peace process is promising and the fact that Kurdish can now be spoken, taught and watched on the main media is extremely important. Abortion laws have been introduced which are more lenient than many European countries. However, this has been transformed into a Fox News moment, with people boldly stating "My body my choice."

The Turkish government has not taken away the choice; it has only made it necessary women to take this life changing decision with a little more thought and care.

Equal reforms in education and women's rights have been carried out; measures have been introduced to help women work after starting a family. The number of women representatives in parliament and local governments has also increased greatly.

All of these are things have been said over and over again, but no one who is banging the polarization drum or singing the "end is nigh in Turkey" has paid the scantest bit of attention. Indeed, when viewed from afar, Turkey is depicted as on the brink of chaos. Gezi Park was used to portray Erdoğan and his government as unfeeling and harsh, a dictator. Erdoğan was accused of not listening to the people, of ignoring their pleas. However, the fact that the leaders of Gezi Park were invited to Ankara and given a long meeting with the prime minister, who listened to them in great detail, is never mentioned.

The Dec. 17 and 25 events have been used to portray the government and prime minister as corrupt. The government and Erdoğan are shown as having the worst record in oppressing journalism. However, the number of journalists with press cards who are in prison is far less than the number during preceding governments, and the vast majority are there for crimes not related to journalism. The cases of the others are being reviewed on the orders of the government.

Then Soma….this too has been laid at the government's feet. There was confusion and unfortunate events on the day. But to lay the tragedy at Erdoğan's door is beyond comprehension. Indeed, to quote Hatem Ete from earlier this week: "Despite such polarizing events and a few bad exceptions, Turkish society passed this test [Soma] with flying colors. In the face of such great pain, all social groups set aside their political differences and stood in solidarity as NGOs, professional associations and organizations rushed to the help of victims and their families. …The Soma disaster thus established that the nation could unite and trade its deepest antagonisms for all encompassing solidarity in a heartbeat."

The Dear Abby letter shows that when a situation is viewed from up close, one gets myopic. The reports given on Turkey are taken from close-by sources, and without any filters, allowing what is opinion to take the place of what is fact. When we get reports on America, on the crazy Tea Party, Sarah Palin, the UKIP, et cetera, Turkish readers do not leap to the conclusion that America is going to civil war or that the country is so severely polarized that it is unable to function. Different opinions on one side of the world are reflections of plurality and democracy, while elsewhere the same is seen as the death knell of an emerging economy. Dear Abby, the world is askew...
RELATED TOPICS