Stories of an imperial city 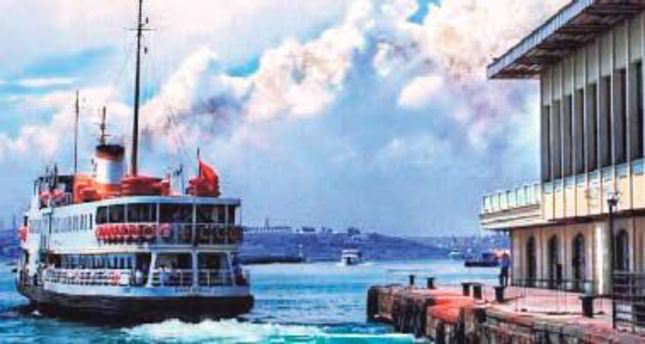 by Ayşe Betül Kayahan Jun 02, 2014 12:00 am
The Ottoman Sultan Murat IV was well known for walking around the city in civilian clothes and observing common people, ensuring they were obeying the laws and their needs were met. One day while in Üsküdar, he caught the ferry and began talking with the only passenger onboard.

The Sultan began conversing with the man and showed interest in his job. "What is your name young man, and how do you feed yourself?" the Sultan asked " Everybody calls me Ahmet Aga the Remmal [fortune telling by sand]. I'm a fortune teller" explained the man. "Don't you know such an act is prohibited by the Sultan?" the Sultan exclaimed. "I know, but I am not a crook. I have true knowledge," protested the man. "Then show me your ability and tell me where the Sultan is at the moment?" the Sultan asked skeptically.

The Remmal looked at the sand and without expression he uttered, "It seems he is over the sea." "No, tell me his exact place" the Sultan requested.

The Remmal checked again and he said, "he seems to be on this boat, since I am not the Sultan, it is either you or the captain."

The Sultan confessed to his title to which the Remmal became terrified and threw himself to the Sultan's mercy. "Now tell me which gate I will pass through to Istanbul when I got off this boat. If you are unable to answer me correctly then beware!" the Sultan said, giving Ahmet Aga a chance.

Then the Remmal wrote the name of the gate on a paper, folded it and placed it in the palm of the Sultan. He then requested that that Sultan only look at the paper after he has passed through the gate.

The Sultan accepted the piece of paper with his destiny scribbled on it and got off the boat. As soon as he reached the walls of Istanbul he commanded his soldiers to open a new gate, and only when the gate was ready did he enter Istanbul. Upon passing the doors to the new gate, he unfolded the paper and read "May the 'New Gate' bring good fortune."

It is believed that this is how the town of Yeni Kapi (New Gate) got its name. It may very well be a legend, but today that gate is now a road that is often travelled upon. Istanbul is a city which is more than 3,000 years old. It has always been the capital city of empires. When it was the capital of the East Roman Empire it was called "New Rome" but mostly it was called Constantinople which means "city of Constantine the Emperor." When the Ottomans conquered the city they renamed it "Islambol." Today it is called Istanbul, the name officially given to it by Atatürk in 1920.

Since Istanbul is the cradle of the different civilizations, the names of its towns like Yenikapı have interesting stories behind them.
Adalar, which is mostly known as "Princes islands," were historically referred to as Islands of Saints, Islands of Monks or Red Islands. But the general name was Princes Islands since those islands were the detention colony for the punished princes or the aristocrats in Roman and Byzantian eras.

Florya, is famous for being the province of beaches in Istanbul. There are various rumors about how it earned its name. It is said that it was called Florian in Byzantian era and over time became known as Florya. Some people claim that it was called Flurya by immigrants coming from Florina in Albania. But also it is believed that there was a bird called "Fülürye" in the town and it was being pronounced as Florya by the Russian settlers there who were the pioneers of the beach culture in the region, since Turkish people were largely unaccustomed to spending time at beaches at the time.

Beşiktaş was first called "Kune Petro" in the old history of Istanbul, which means Stone Cradle. There are two different stories about the name. According to the first story the name comes from beş taş (five stones) which Barbaros Hayreddin Paşa (Hayreddin Barbarossa) erected on the shore to rope his ships.

Later it was pronounced as Beşiktaş by locals. The second story is about a priest who built a church in the town. While he was building the church he put a stone of a cradle inside brought from Jerusalem and it was believed that the cradle belonged to Jesus during his childhood.

Kabataş which means "rough stone" in English has an interesting story as well. There was an old church from the Byzantian era which was used as a storehouse for keeping gun powder and cannons.

One day lighting struck the building, the cannons exploded and one of the biggest stone pieces of the church fell down in the Kabataş region. Afterward this big stone was sculpted and turned into a pier.

Galata is one of the oldest towns of Istanbul. According to Evliya Çelebi's book of travels, Galata was once a very fertile patch of land and the milk from sheep that grazed there was considered to be very delicious. On the top of that, this special milk was often served to the emperor. Since the place was famous for its milk it was called Galata or Galaktos, which means milk in Greek.

Harem, located on the Asian side of Istanbul, is considered the starting point of the Masjid al-Haram (Mecca and Madina -Islamically holy lands).

Prof. Dr. Haluk Dursun says that in the Ottoman era, Muslims who were leaving Istanbul for Hajj (a religious pilgrimage) first passed through Harem, then by Ayrılık Çeşmesi (Fountain of Farewell) and next Selamet Çeşmesi (Fountain of Welfare) which is called Selami Çeşme today.

Tarabya was originally called Therapia on account of its hospitable weather and the sea. It is said that sick people were being treated here using hydrotherapy and was considered the best place for the people suffering from mental illness in those times.

There are so many other interesting stories about other towns which have not been listed here.

Istanbul is an outdoor museum many actually neglect and don't even notice while rushing from one place to another in our daily routines. What I really known is that there is no end of discovery if you live in this beautiful imperial city. So it is good to start from your own town to discover all the amazing sides of Istanbul today.
RELATED TOPICS