Afyonkarahisar Where the old world meets the new 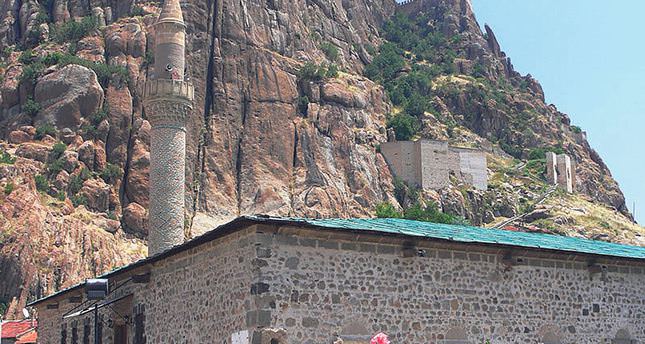 by Onur Kanan Jun 07, 2014 12:00 am
Afyonkarahisar gets its name from the plant "opium" ("afyon" in Turkish) and a castle on a black rock rising above the city. Afyonkarahisar was known as the center of opium production during the Ottoman Empire and it has been widely grown since.

The Hittites built a castle on the top of the rock mountain in Afyonkarahisar. The castle and city was later occupied by various ancient civilizations including Phrygians, Lydians and Persians until it was captured by Alexander the Great. After Alexander died, the city was conquered by the Pergamum, Roman and Byzantine Empires.

The city barely stood still, facing further conquests. The Seljuks arrived in 1071 and named the city "Kara Hisar" (black castle) after the fort situated atop a volcanic rock, rising some 201 meters above the town. Today, the castle still seems somehow to protect the city with its solemnity. The castle was also depicted on the reverse of the TL 50 banknote between 1927 and 1938.

Bathing in thermal water increases body metabolism and stimulates the secretions of the intestinal tract and the liver, aiding digestion.
The city's thermal waters contain high amounts of negative ions, which can help promote feelings of physical and psychological well-being. The direct application of mineralized hot spring waters can have a therapeutic effect on skin diseases, including dermatitis and fungal infections. The combination of warmth and buoyancy is extremely beneficial to arthritis sufferers. The buoyancy of the water relaxes the muscles, and reduces stress on the joints. Moreover, a hot spring bath is used for relaxation. It stimulates sweating and increases the elimination of toxins. Thermal and health tourism in Afyonkarahisar attracts many people every year. The well-known Kızılay Spring Water comes up in Afyonkarahisar. Although normal spring waters are supposed to be hot, this one is cold because it separates from other spring waters somewhere on the way and follows a longer path. The cold spring water is also as valuable as the hot one. Kızılay Spring Water is effective in treating stomach, liver, bile ducts, and intestine diseases in addition to helping digestion.

Some courses in Afyonkarahisar cuisine are so famous all around Turkey that if you turn to someone on any street in any city, and ask about Afyonkarahisar cuisine, they will say something about sucuk or kaymak. Sucuk is a dry, spicy beef sausage, eaten fried or grilled. Sucuk consists of ground meat with various spices including cumin, sumac, garlic, salt, and red pepper, filled into a sausage casing and allowed to dry for several weeks. The dish is fairly spicy and salty and has a high fat content.

At breakfast, it is fried in a pan, sometimes with eggs. It is sometimes cooked with beans or added into pastries at some regions in Turkey. It began life as local delicacy but became popular and managed to enter kitchens across Turkey.

Kaymak, on the other hand, is a creamy dairy product, similar to clotted cream. It is made from the milk of water buffalos and cows. Today, kaymak is mainly consumed at breakfast along with the traditional Turkish breakfast. Kaymak in Afyonkarahisar is delicious because the water buffalos are fed the residue of poppy seeds pressed for oil. Kaymak is traditionally eaten with pastries, preserves or honey or as a filling in pancakes.

Afyonkarahisar is a natural crossroads - the routes from Ankara to İzmir and from Istanbul to Antalya intersect here and Afyon is a popular stopover on these journeys. There are several roadside restaurants for travelers to taste local cuisine. Afyonkarahisar is home to both ancient remains and cultural spots, spring waters, well-established thermal hotels, spas and restaurants. If you are not planning to lie on the beach during your holiday break, Afyonkarahisar is the right place to provide you with many things ranging from culture tourism to health tourism.
RELATED TOPICS