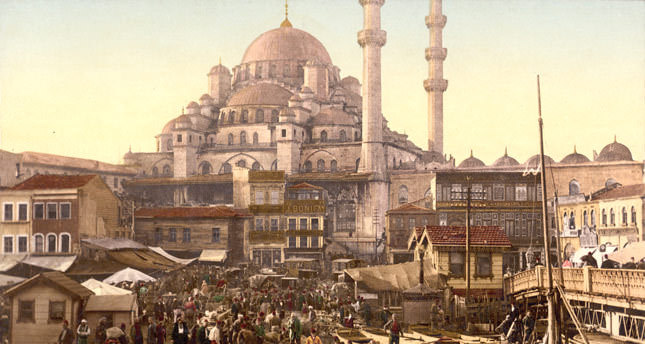 Often we hear grand stories of the great men of the Ottoman Empire who fought bravely, conquered heroically and served justly. But behind every great man is a greater women

Impression given by the Orientalist literature which presents the facts with a great deal of exaggeration especially when it comes to women in the Harem (seraglio) throughout the novels, movies or popular T V series made people consider the female members of the Ottoman dynasty as intriguing, egocentric and as brutal as ordering for the execution of her enemies without batting an eye while leading a life of pleasure.

Another disinformation deliberately made for Ottoman women is describing them as submissive and suppressed slaves nothing more than a sexual object, of being not entitled to any rights in society entrapped in the Harem.

Investigating the subject of Ottoman women through the archival documents one can easily realize that they were much more multifaceted such as being strong, determined, hard liner and respected on the other hand so much benevolent, modest, charitable, educated and multitalented.

On the contrary to both misguiding approaches these ladies used to enjoy being active in the society. They were the founders of numerous wakf institutions (pious foundations). "And spend in the way of Allah and do not throw [yourselves] with your [own] hands into destruction [by refraining]. And do good; indeed, Allah loves the doers of good." Al-B aqarah: chapter 2, verse 195 " The example of those who spend their wealth in the way of Allah is like a seed [of grain] which grows seven spikes; in each spike is a hundred grains. And Allah multiplies [His reward] for whom He wills. And
Allah is all-Encompassing and Knowing." Al- Baqarah: chapter 2, verse 261 "For each [religious following] is a direction toward which it faces. So race to [all that is] good. Wherever you may be, Allah will bring you for th [for judgement ] all together. Indeed, Allah is over all things competent. " Al- Baqarah: chapter 2, verse 148 In the light of the verses from Quran above and the following hadith (traditions of Prophet Muhammad): "When a person dies, his deeds die with him except three: sadaqah jariyyah [continious charity which includes any charity that continues to bring benefit to people, animals or the environment over time and for as long as it does so, brings reward to the donor], b eneficial knowledge and righteous children who supplicate on his behalf."

Especially the Valide Sultan (mother of sovereign), Kadınefendi (wife of Sultan) or the daughters of the Sultan were coming to front with founding wakfs and funding them with their personal budget so that they raced each other on good deeds.

Haseki Hürrem Sultan, one of the most powerful women in the history of the Ottoman Empire was so much into philanthropy. She donated gold to Mecca and founded imaret (public kitchen) in Jerusalem. She set mosques, baths and fountains in various parts of the Empire.

Her best known charity she left behind is the külliye (complex) constructed by the great architect Mimar Sinan. In this Külliye there is a mosque, a madrasah (school), sıbyan mektebi (primar y school), fountain, imaret and a darüssifa (hospital) which is still used as a part of Haseki Research and Training Hospital.

Nurbanu Valide Sultan is probably the most significant person of charity came to forefront of the Ottoman history. She ordered Mimar Sinan to build the Atik Valide Mosque and Külliye including a madrasah, darüssifa, caravanserai and Turkish bath at the district of Üsküdar in Istanbul. Darüssifa was designed as a full-scale hospital and the treatments and needs of the patients admitted to the darüssifa were funded by revenues coming from the landed proper ties devoted by Nurbanu Sultan.

Another Sultana Mahpeyker Kösem set Çinili Mosque, a fountain and sebil (kiosk for the distribution of drinking water to passers-by in cups) in Üsküdar. Moreover she devoted her entire wealth to Haremeyn wakfs to spend for the services in holy lands Mecca and Medina.

Beside these dignified ladies of the Harem, there were so many other known and unknown benevolent and generous women who were into philanthropy from establishing public buildings to preparing the poor girls' dowries and taking the responsibility of the orphans care.

In a nutshell, today due to the highest rated TV series Haseki Hürrem Sultan (wife of Sultan Süleyman the Magnificent) known as the cruelest and the most ambitious Ottoman women as well as Nurbanu Sultan (wife of Sultan Selim II) and Kösem Sultan (mother of Sultan Murad IV). But in fact they were the most benevolent Sultanas ever. Walking around the oldest towns of Istanbul and visiting the historical public foundations will certainly give actual information instead of being misinformed by bestsellers.
RELATED TOPICS