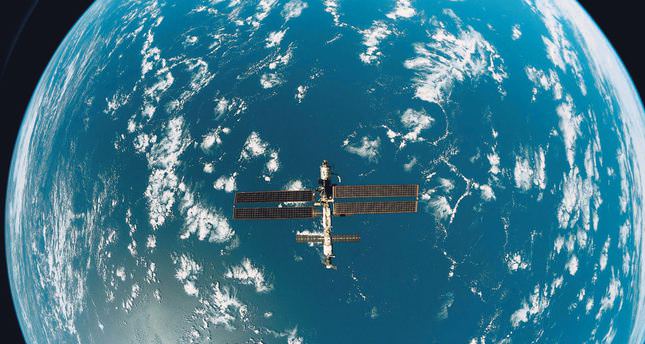 Space is a place which incites wonder and muse. The small step for man was a giant leap for mankind as it brought with it knowledge of the unknown

As a child of the 90s, when we were asked what we would like to be when we grew up the answer was simple: astronaut. Back then when the people of the world were buzzing with the excitement of seeing themselves free from the shackles of gravity, children were no doubt the most excited and curious about the great void above their heads. At schools we built small rockets, read books about fictional space explorers, watched movies like Star Wars and The Fifth Element and legendary TV series such as Stargate, Star Trek, X Files and Babylon 5. It fed our fascination and soon after every person regardless of their age was feeling the same when it came to outer space: we needed to go up there. Back then science fiction was a shared interest and no doubt it played a role in the development of technologies in that field.

Then harsh realities came and economic crises depleted the funds that were going into space programs. Kids who wanted to be astronauts aspired to other professions after being influenced by concerned parents and the astronaut inside all of us died little by little.

The long hiatus for space programs was broken by a massive advancement however. The International Space Station united the most advanced space programs in a joint mission since the tensions of the Cold War had long passed. Construction begun in 1998 and its first crew started to live aboard the station in 2000. While this made many of us quite excited, a lack of public relations let the station go unknown to the new generation of kids. It was quite recent when many started to take notice of the station thanks to the efforts of a station crew of 35 led by Commander Chris Hadfield from the Canadian Space Agency. He managed to grab the attention of the youngsters using popular platforms such as YouTube and answering trivial yet often wondered questions like "how do the astronauts shave, drink water or eat?" Of course his performance of David Bowie's "Space Oddity" was also a big hit and it became the first music video filmed in space.

A later space mission also managed to build up hype amongst the people; it was "Curiosity," the little rover sent to Mars on Nov. 26, 2011 (much of the attention came when it was landing on Mars in Aug. 6, 2012).

After this, a surprising interest came from people on earth, NASA (The National Aeronautics and Space Administration), and other space agencies decided to work on their PR. They allowed us to watch Soyuz during the takeoff and even gave the live footage of the cameras on the ISS (International Space Station).

Popular culture saw a change of attitude toward space and started to adapt to it. Some likeminded people who watched the landing on the Moon from their black and white TV's felt the nostalgia and started working to redirect the new generation's attention toward space once again. Acclaimed director Christopher Nolan announced his new film "Interstellar," which will be on space and wormholes, however nothing about the plot has been revealed yet. A recent Japanese anime "Space Brothers" was also quite a hit and lasted 99 episodes.

While space agencies like NASA, RKA (Russian Federal Space Agency), CSA (Canadian Space Agency) and JAXA (The Japan Aerospace Exploration Agency) aim to broaden our horizons, Turkey still falls short on space programs. But efforts have increased in recent years as a new satellite launch system is being developed. The goal is building and launching satellites for now but hopefully in time we will be sending astronauts to join other countries among the stars.
RELATED TOPICS